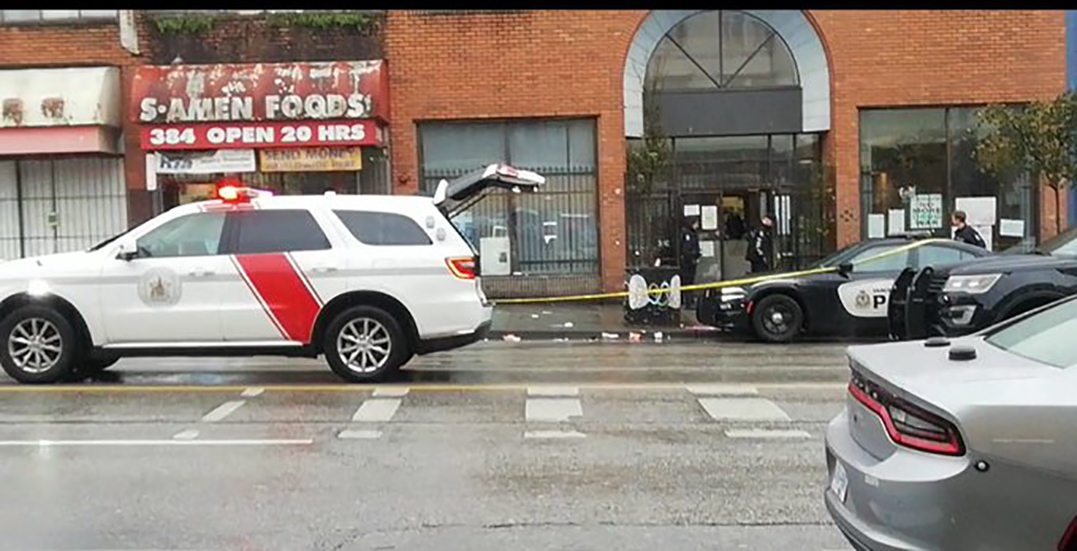 The Vancouver Police Department (VPD) is on the scene of what they say is the third shooting in 24 hours in Vancouver’s Downtown Eastside.

The most recent incident took place on Monday morning in the area of East Hastings Street and Abbott Street, according to a statement from the VPD.

Two shootings also took place on Sunday, and a Vancouver woman posted on Twitter that one of the incidents was at the Vancouver Area Network of Drug Users (Vandu) in the late afternoon.

Sgt. Aaron Roed says that all incidents are under investigation.

“It is very early in the investigation with VPD Major Crime Detectives working on all three incidents,” he tells Daily Hive in an email.

More information is expected to be released throughout Monday.