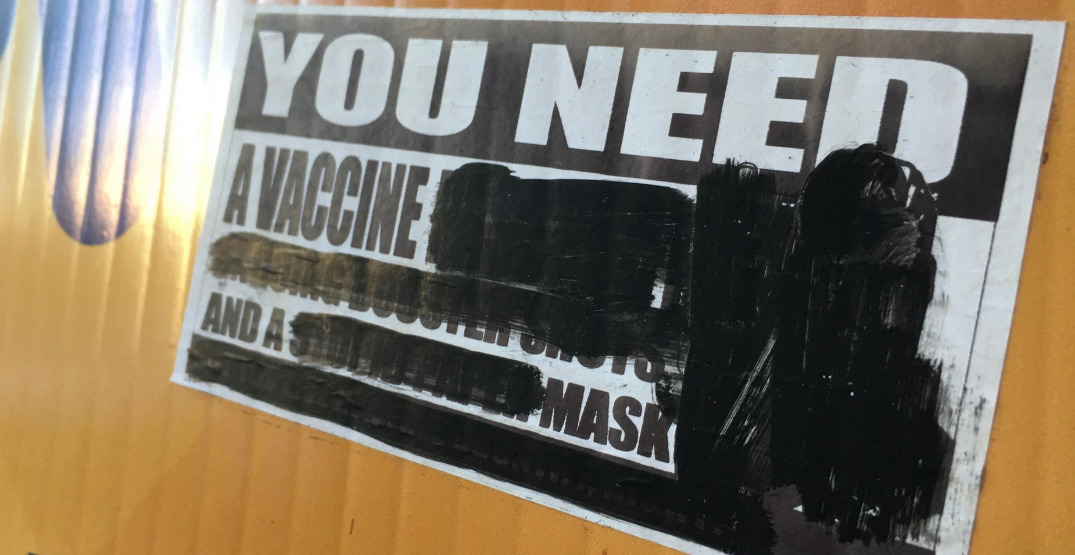 A war is being waged in downtown Vancouver, and the weapons being used are stickers and sharpies.

It’s not a violent war, but it is a battle between those who believe that COVID-19 restrictions are necessary and those who don’t.

Reddit user CreativelyParenting told Daily Hive that there have been hundreds of examples of the sticker vs. sharpie happenings around downtown Vancouver, and he has posted several instances of them on Reddit Vancouver.

The pictures were taken along Robson, between Thurlow and Jervis Streets.

At least two people are engaged in this battle which typically seems to involve a sticker getting put up somewhere, followed by someone with a sharpie making creative edits to the messaging on the sticker to make it look like they actually support the COVID-19 protocols.

The people involved have been named Sticker Dude, and Sharpie Guy.

“We don’t know who they are, but several people in the hood have been scraping and marking them up,” said CreativelyParenting. 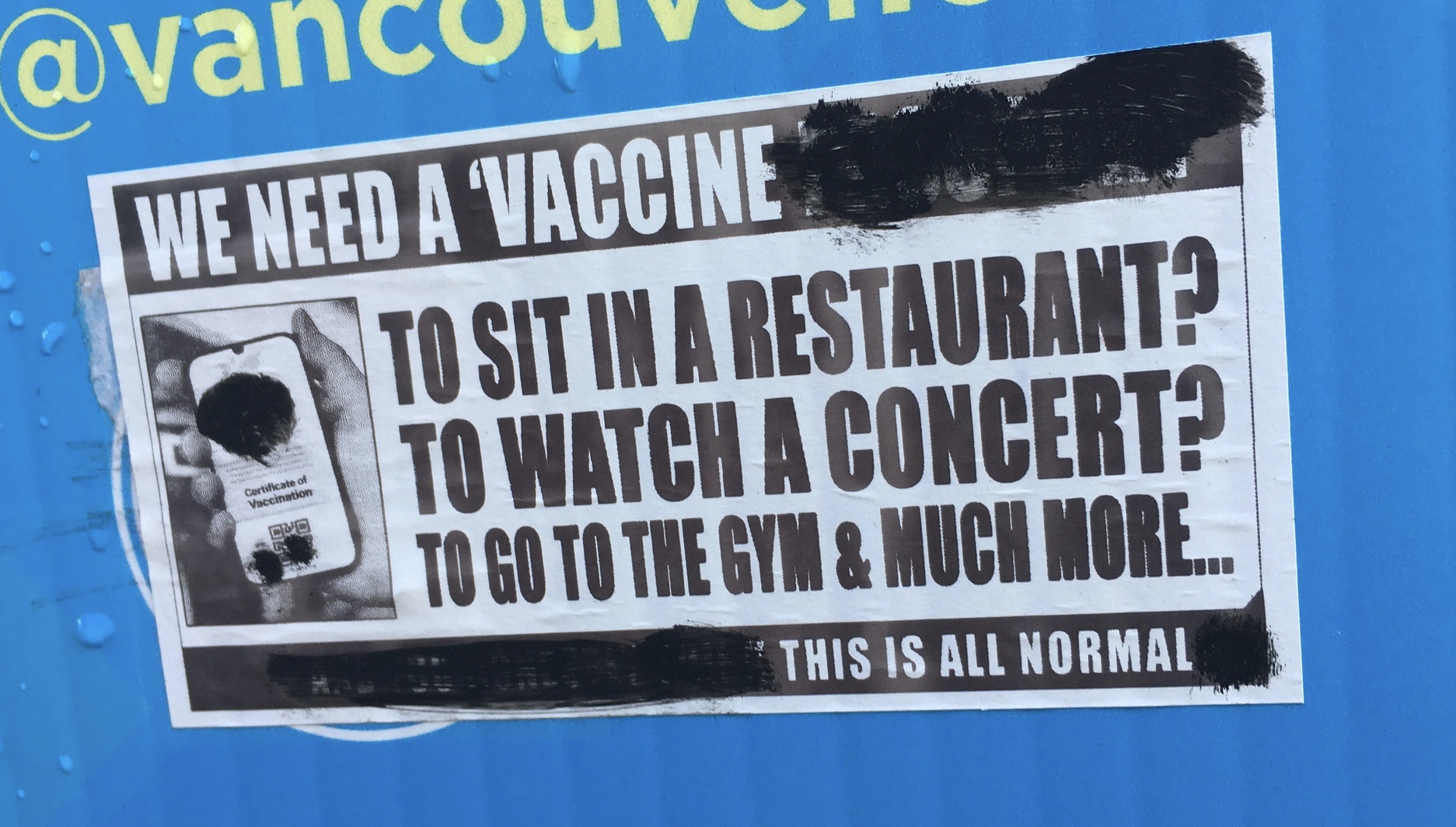 The bottom line is supposed to read, “And you think this is all normal.” (CreativelyParenting/Reddit)

According to the CreativelyParenting, the stickers have mostly been popping up on or around city garbage cans. This has led Reddit users to suspect that it might actually be a garbage worker on their route as the happenings take place overnight. No one has been caught in the act yet.

Reports of stickers like these go all the way back to near the start of the pandemic. The content of the stickers have ranged from calling COVID-19 a hoax, to comparing Dr. Henry to a dictator.