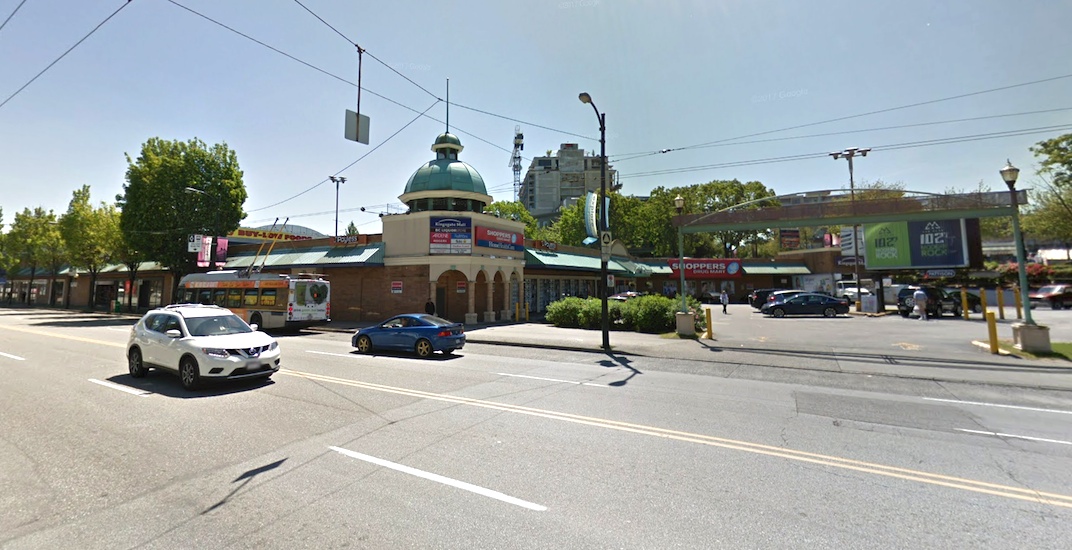 Kingsgate Mall at the southeast corner of East Broadway and Kingsway in Vancouver could be sold for its redevelopment potential.

In a recent report, the Vancouver School Board (VSB) notes that it is in the process of renegotiating its 99-year lease of the city-block-sized shopping mall in Mount Pleasant.

It says this could potentially lead to the sale of the air rights to allow for development, which would align with the plans for the area in the advent of the Millennium Line Broadway Extension project. A subway station will be located within the immediate area, just one short block away at the intersection of Broadway and Main Street.

Revenue generated by the air rights sale would be directed towards funding school equipment and infrastructure improvements. A report with further details will be brought forward to VSB’s trustees for further consideration in June.

But as the potential sale will only be for the site’s air rights, the revenue generation potential will likely be much less than an outright land sale. The acquisition of air rights allows the owner to build on the space above the surface of the land.

One of the largest air rights deal in BC’s history was the 2005 sale of Canadian Pacific’s 26-acre waterfront railyard in downtown Vancouver to Vancouver Whitecaps FC owner Greg Kerfoot for $22 million. At the time, Kerfoot envisioned building a new soccer-specific stadium for the team’s transition into the MLS and office and retail buildings over the railyards.

According to the latest property assessment by BC Assessment, Kingsgate Mall’s site spanning more than 138,000 sq. ft. – containing 115,000 sq. ft. of gross leasable area – has a value of $118.5 million. Its largest retailers are Buy Low Foods, Shoppers Drug Mart, and BC Liquor Store.

The property was one of the major issues of contention between previous VSB trustees and the old BC Liberal provincial government, with the trustees refusing to sell the mall to help cover the VSB’s budget shortfalls. This disagreement contributed to the provincial government’s decision to dismiss the group of trustees in 2016.