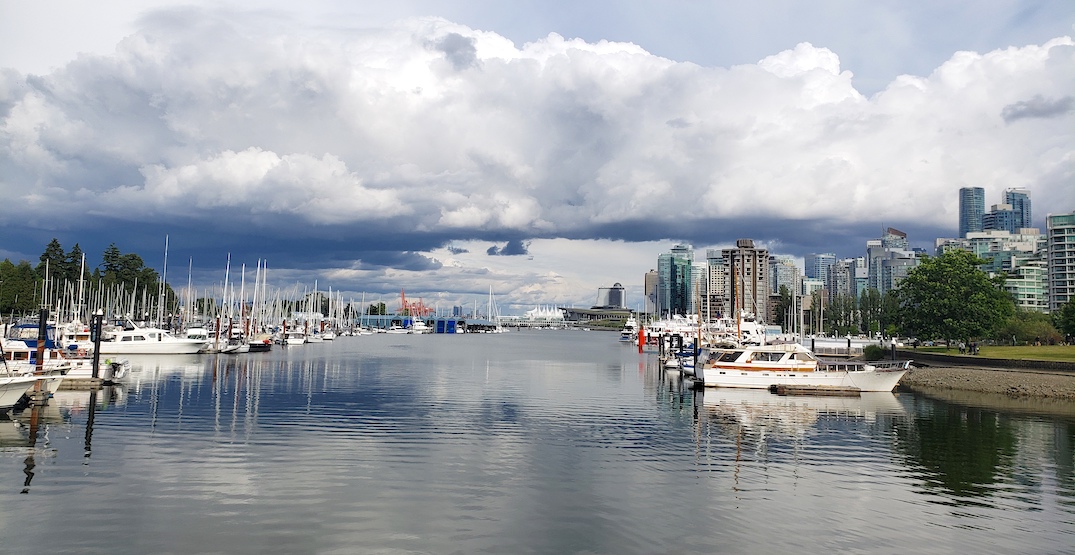 The years-long battle to stop a proposed major expansion of Royal Vancouver Yacht Club’s (RVYC) boat marina on the west side of Stanley Park in Coal Harbour comes to a head today with the closure of the public consultation phase.

This has been a matter of great angst for the Vancouver Rowing Club (VRC), which has argued that the expanded marina — effectively reducing the buffer zone for the navigation channel in Coal Harbour — will compromise the safety of rowers and their long-running recreational and elite rowing programming.

Both the rowing and yacht clubs are over a century old, making them some of Vancouver’s oldest private recreational organizations.

According to VRC, the existing marina is aging and needs to be replaced at a cost of about $8 million over the span of a decade.

To reduce the cost of this rehabilitation project on existing yacht owners, RVYC is seeking the Port of Vancouver’s permission to add about 47 additional yacht slips to help raise about $5 million to cover a substantial portion of the cost. 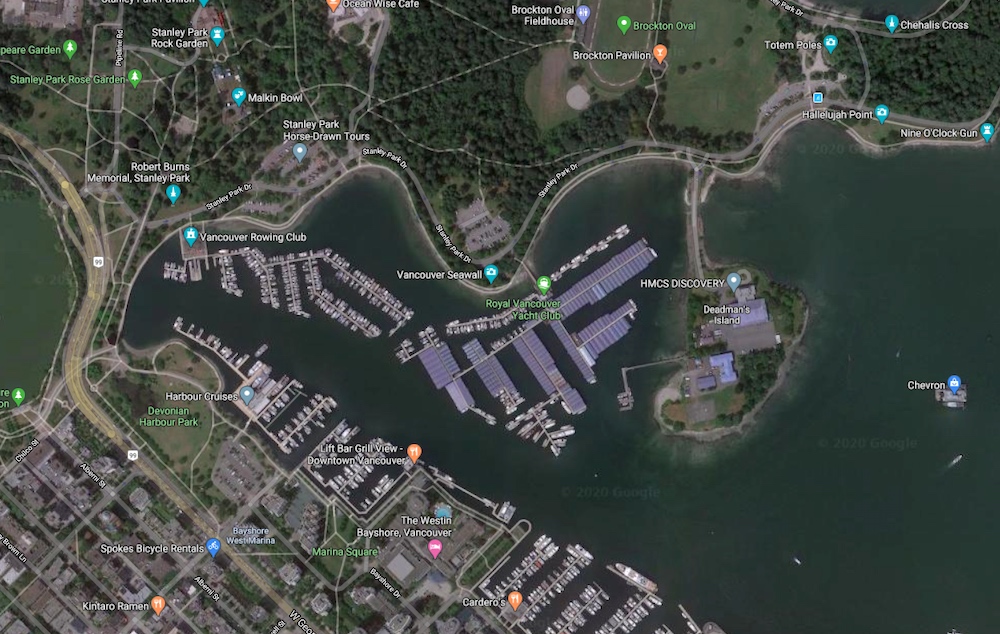 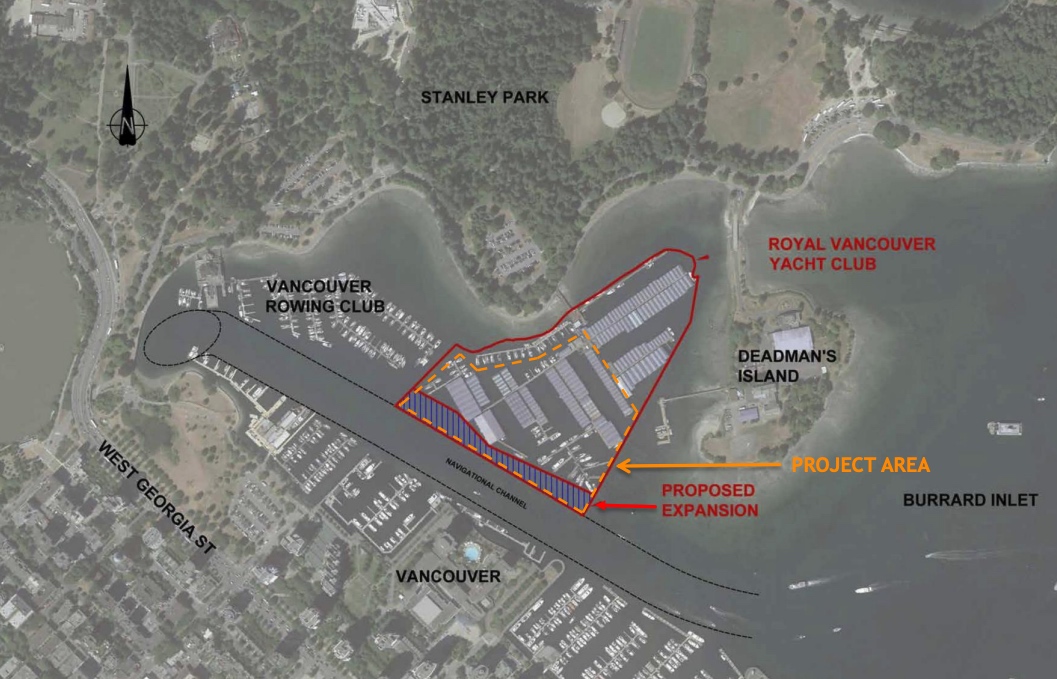 A reconfiguration and 92,000 sq. ft. southward expansion of the marina will expand the number of boat slips from 326 to over 370. A new float barrier would be installed on the edge of the expanded water lot area to create new slips, and 129 piles will be driven into the harbour bed to create the new support structures for the slips and 37 new boat sheds.

RVYC argues the new design into the navigational channel will reduce the need for boats to reduce out of the marina. The narrowed waterway would still meet the two 13.5-metre width rowing lanes, following international course standards.

But VRC says the combination of rowing, motorized boat, and harbour cruise traffic within the narrowed waterway will increase the chance of a devastating on-water collision.

There are up to 20 rowing boats with about 60 people on the water at any one time on a busy day. 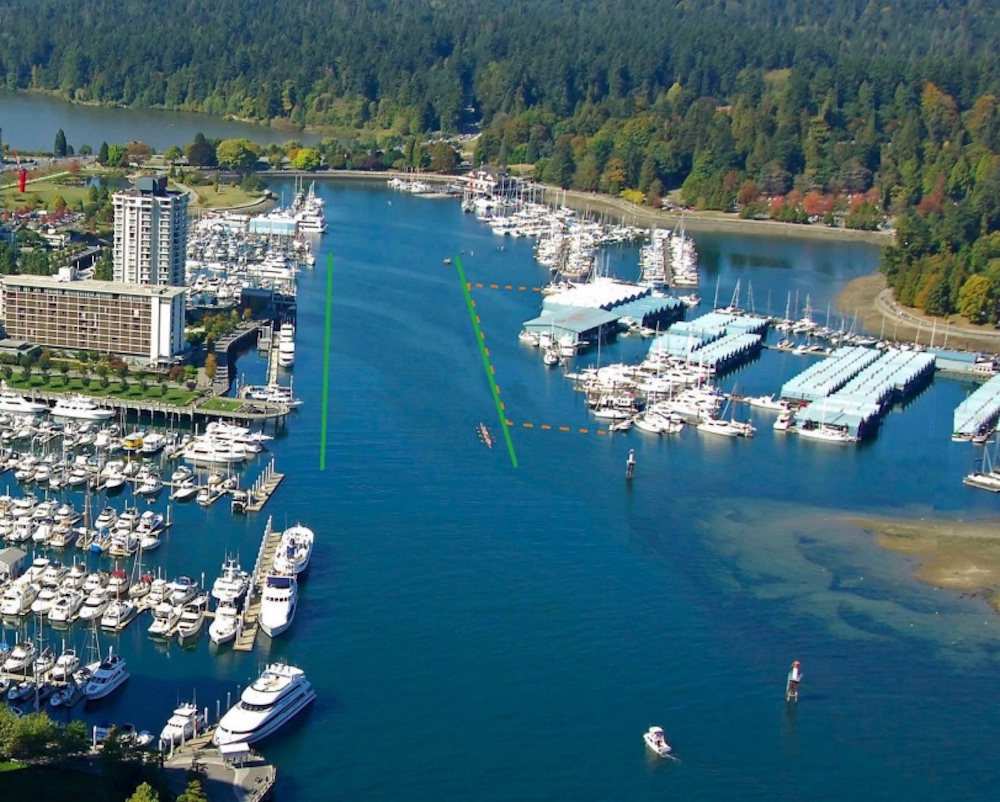 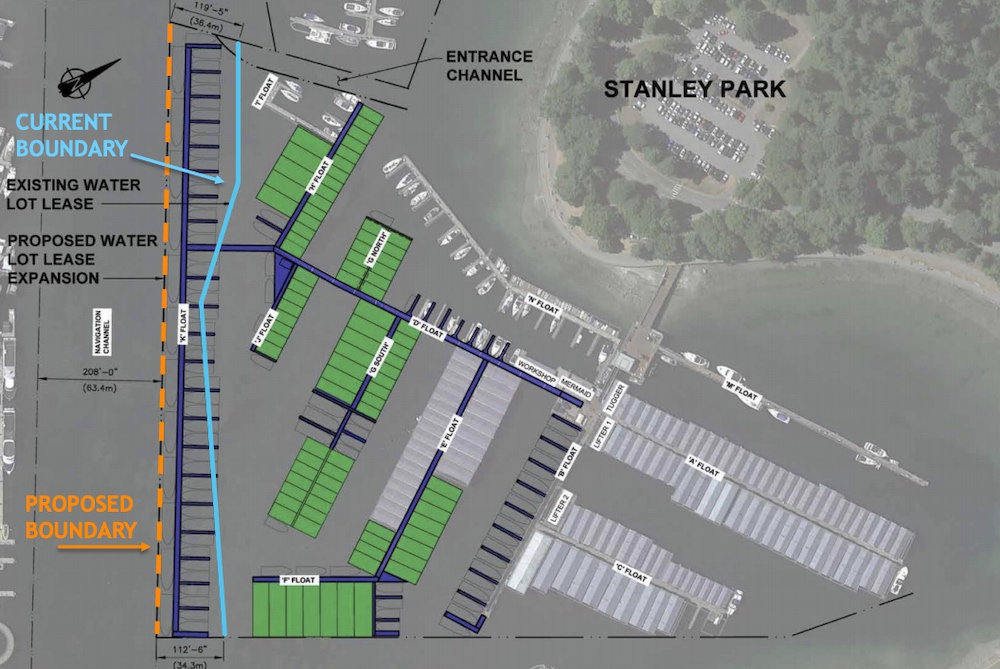 Vancouver City Council, Rowing Canada, Rowing BC, and Vancouver West End MLA Spencer Chandra-Herbert have all sided with the rowing club, and formalized their opposition in letters to the port.

“City Council shares the VRC’s concerns that the proposed expansion of the Royal Vancouver Yacht Club’s marina, and subsequent narrowing of the Coal Harbour waterway, will have a negative impact on its rowing programs by increasing the number of large motorized boats in the waterway and reducing sight lines,” reads a letter by Mayor Kennedy Stewart to the port, following city council’s September 2019 motion in opposition to the marina project.

“We hope you keep in mind the importance of maintaining the safety and enjoyment of people in non-motorized watercraft who have a long tradition of using the waterway for rowing.”

In his letter, Chandra-Herbert wrote he shares the concerns that “this proposal will make Coal Harbour waters more unsafe for rowing, kayaking, and canoeing, will further disrupt an aquatic ecosystem and marine beds just starting to recover, and will damage the beauty of the location by putting more water under docks, pilings and luxury yacts used a few times a year.”

“I believe the changes would make it much more dangerous for rowers, and other local users of the water, and would disrupt our local maritime tourism and active sport economy for little benefit. When having to choose between safety for rowers and a cleaner healthier environment in Coal Harbour vs. space for luxury yacht parking, I know what side I’m on.”

An online petition against the expansion has also amassed over 11,000 signatures to date.

If approved by the port, construction on the marina rebuild and expansion could begin in 2021 for a completion in 2023.

Elsewhere in the region, rowing is also practiced on False Creek, the Fraser River near Richmond Olympic Oval, and Burnaby Lake.