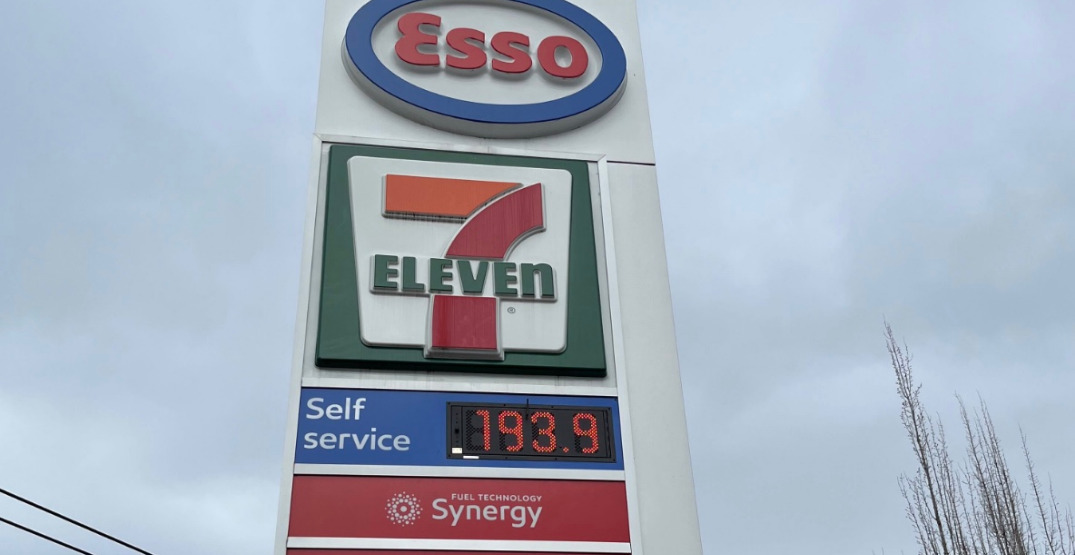 Another day, another broken record for gas prices in Vancouver.

Prices at the pump were as high as $1.949 per litre on Thursday. This is the highest gas prices have ever been in the Lower Mainland, and they’ve risen by 7 to 8 cents in just one day, with prices yesterday hovering around $1.869, the previous record.

Yesterday, various gas analysts told Daily Hive that the price at the pump would likely hit $2 per litre by this weekend, but at this rate, it seems like Friday is a safe bet.

Some people took to social media to share their frustrations.

The gas prices in Vancouver rn are absolutely disgusting.

And also to share pictures of the record-breaking prices.

Prices ranged between $1.939 and $1.949 per litre throughout Metro Vancouver.

It also seems like the prices have some considering an electric car.

Roger McKnight, a chief petroleum analyst with En-Pro International, told Daily Hive that the government could look into providing some relief to drivers.

“Maybe it’s time for various levels of government to take a break and put the brakes on taxes,” said McKnight.

While many in Vancouver have the option to take transit, most commuters in the Fraser Valley don’t have that luxury.

It’ll likely be a few weeks of hurt at gas stations across the Lower Mainland.