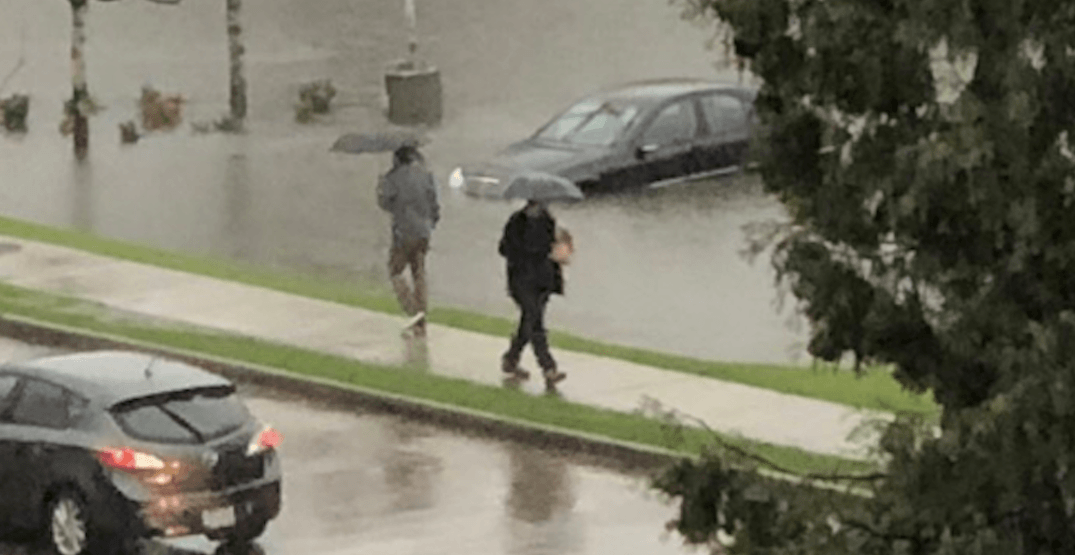 Across the region expect heavy downpours and be aware of potential flash flooding and water pooling on roads. Localized flooding in low-lying areas is also possible.

The warning has been issued for the following areas.

According to the weather agency, a Pacific frontal system has stalled over the region resulting in continued heavy rainfall for Metro Vancouver. Total rainfall amounts will vary considerably from about 50 mm over southern sections to near 90 mm close to the mountains.

The rain will ease later tonight as the front moves out of the region.