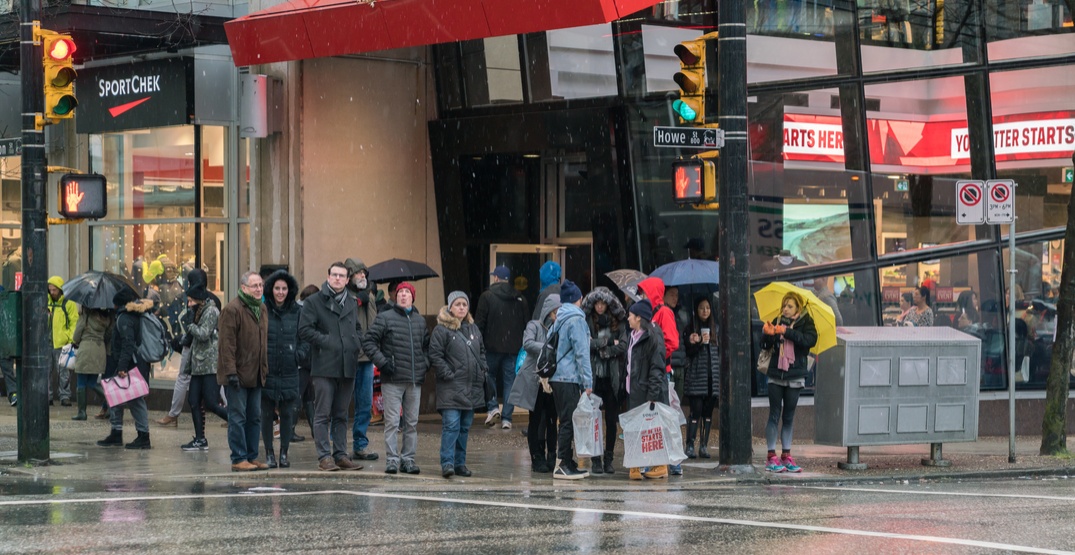 After a beautiful (and dry) start to 2019, Vancouver has reverted back to its usual self, meaning heavy rainfall is expected in the forecast.

Environment Canada has issued a rainfall warning in effect for the following areas:

Heavy showers are expected due to an intense Pacific frontal system that’s moving south from the centre of the province.

Rain is expected to develop in Metro Vancouver later this morning, with the heaviest periods taking place tonight.

Fortunately, the rain isn’t expected to last for too long, as the heavy downpour will taper into showers by Thursday, January 3.

Be careful with flash flooding and water pooling on roads, and be sure to give extra time going to and from your destination.