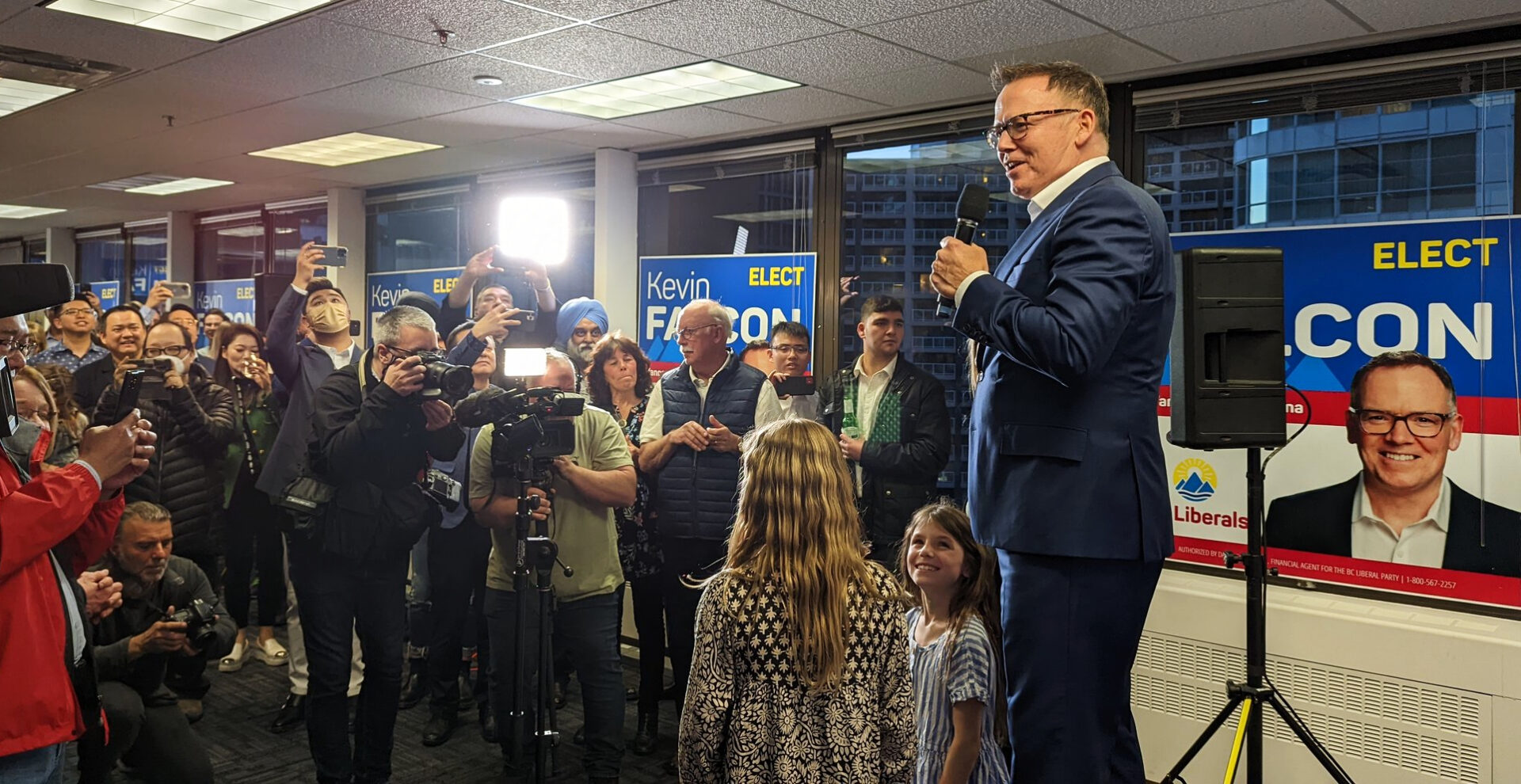 The BC Liberal leader has won a by-election for a key riding, beating out candidates that included the Vancouver Mayor’s wife.

On Saturday, April 30, voters in an affluent Vancouver neighbourhood headed to the polls for a provincial by-election.

According to Elections BC’s initial counts, the by-election winner for the Vancouver-Quilchena riding is BC Liberal Party leader Kevin Falcon. The final election results are anticipated on May 4, but Falcon is firmly at the top with a clear majority.

The by-election was necessitated when Andrew Wilkinson, former BC Liberal party leader, stepped down as MLA for the riding in February.

Congratulations to @KevinFalcon as the newly elected MLA for Vancouver-Quilchena! pic.twitter.com/1CcEqQZ0WE

Falcon beat out runner-up Dr. Jeanette Ashe on the BC NDP team and pulled out way ahead of the Conservatives and the Greens. Dr. Ashe is a professor and a board director of Atira Women’s Resource Society. She’s also the partner of Vancouver Mayor Kennedy Stewart.

Thank you to all our amazing volunteers in Vancouver-Quilchena! #bcpoli pic.twitter.com/lW3iuYH2I1

“I want to thank the people of Vancouver-Quilchena for placing their trust in me,” said Falcon in a release following the win.

“Ten years ago, I left politics for my two young girls. I’m returning now for them, and for their entire generation. It’s time to restore confidence in government and take on the serious issues plaguing our province,” he said in a release.

I want to thank the people of Vancouver-Quilchena for placing their trust in me today. We’re taking the first step towards restoring leadership and competence back to the province of British Columbia. #BCpoli pic.twitter.com/wza3ZpnKmR

“In the months ahead, I look forward to nominating a team of diverse, accomplished, and compassionate candidates from all walks of life with a positive vision for the future of our province to get big things done once again here in British Columbia.”