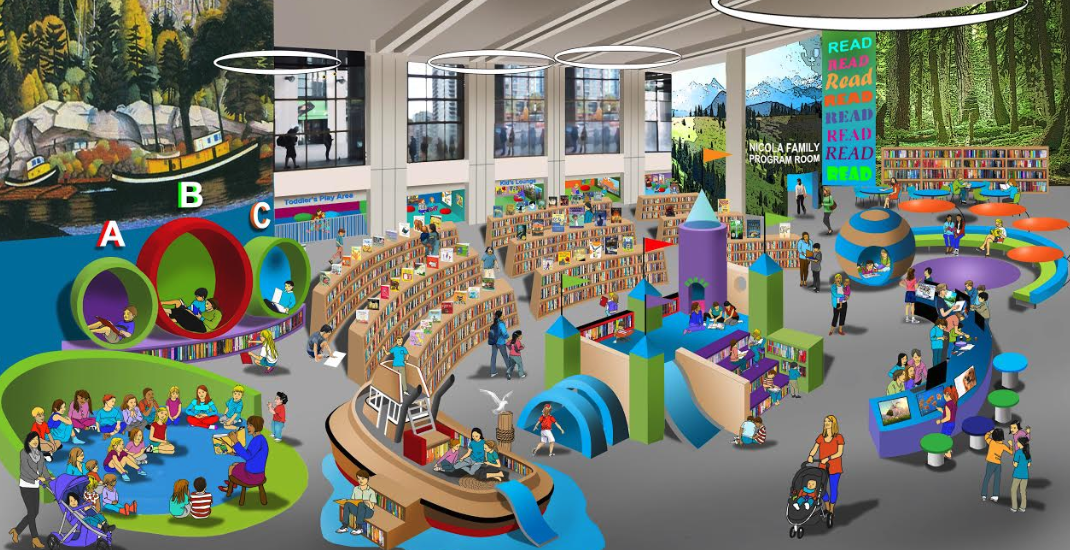 Rendering of new Children's Area at the Central Library/ Supplied

The Vancouver Public Library Foundation (VPLF) has received a historic $5 million donation thanks to the Dilawri Foundation.

The donation will allow the VPLF to undergo the second phase of the Central library’s revitalization plan, which includes the following:

“The Dilawri Foundation prioritizes the needs of the children in communities across Canada with programs that address their health and emotional well-being,” said Dilawri, in a statement.

“Parents and caregivers of young children who are new to Vancouver, and those who have lived here for years, gravitate to the Vancouver Public Library for learning, support, a sense of belonging, and community connection. Our goal is to help build a library of the future to address these needs for generations to come.”

As a thank you to the foundation, Robertson announced that the two plazas outside the Central library, facing Robson and Georgia streets will be named Dilawri square.

The first phase of the Central Library’s expansion was recently completed and saw the opening of new community spaces, including the rooftop garden.

The Dilawri Foundation’s donation is believed to be the largest private donation to a public library in Canada to date.

Construction for phase two of the expansion is set to begin in 2020.