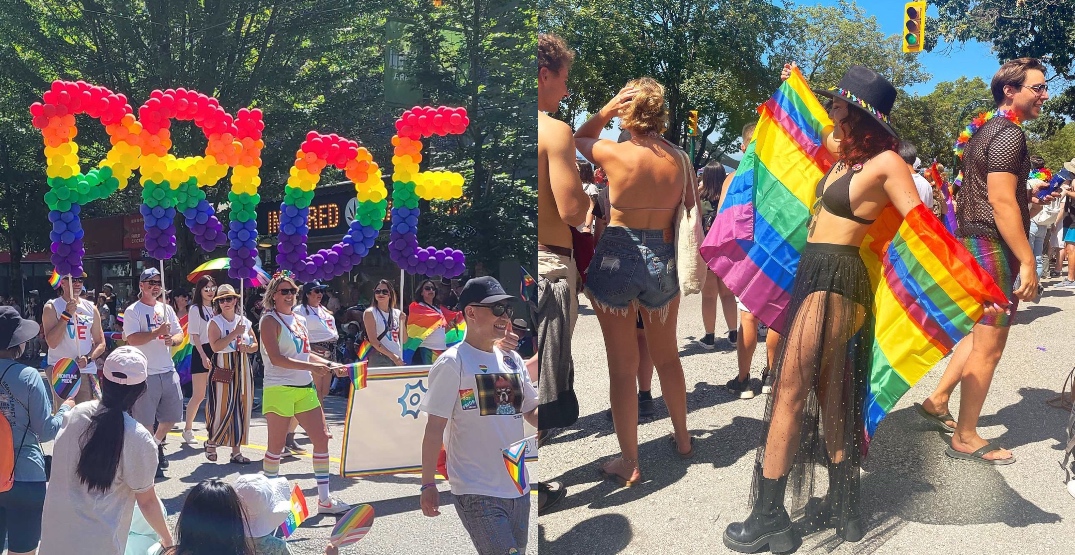 Every year, Vancouver’s West End transforms into a kaleidoscopic celebration of love for Pride.

The Vancouver Pride Parade on Sunday was the first big return of the event post-COVID-19, and thousands came out to be together again.

Not even the steamy heat could keep folks at home as they flooded the parade route to party. And the party isn’t over as there are still plenty of Pride events happening tonight and into August.

Here are a few of our favourite lewks, photos, and videos from pride this year:

We love a parade! Thanks so much to @vancouverpride for bringing us all #togetheragain for this fantastic celebration of love and unity. #loveislove #bcndp 🏳️‍⚧️ 🤎 🖤 ❤️ 🧡 💛 💚 💙 💜 pic.twitter.com/qkXlgL09YX

Furries are really the most determined beings out there, being out there representing themselves in 35 degree heat #VancouverPride pic.twitter.com/Tt7DEzoiGp

#VancouverPride honestly is pretty awesome. Even though turnout seemed less than most years because of the heat, everyone is having a great time and I didn’t see a single person being a shithead pic.twitter.com/ukFmHguBQH