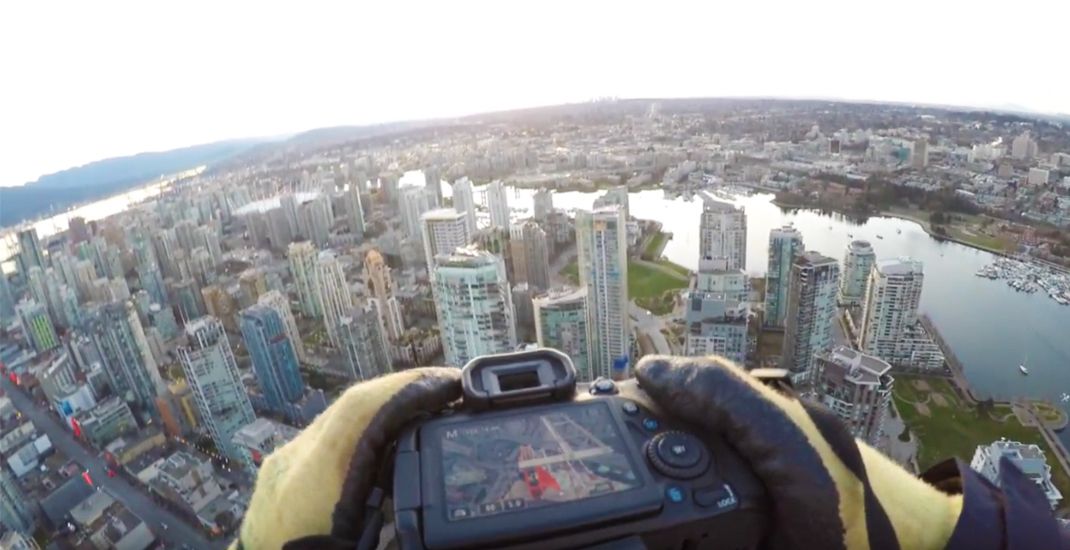 The first-person perspective could be described as almost stomach churning.

A lone climber, already hundreds of metres off the ground takes another step towards the sky with his eyes on the prize: the top of a giant crane. Once at the the top, the climber captures the view with his GoPro and a digital camera.

Back on solid ground, he edits the piece, adds some music, and posts the video to YouTube.

Those who watch the video witness what is known as “rooftopping” and what the Vancouver Police say is a “dangerous practice and often criminal in nature.”

The danger doesn’t just lie with the person performing the stunt.

“If one of these people slips and falls, a first responder has to put their safety at risk to rescue the rooftopper,” said VPD Const. Jason Doucette.

Such was the case in Toronto last year, when a woman became stuck on a crane overnight and had to be rescued by emergency crews.

Doucette told Daily Hive that in these cases, “not only are the offenders putting themselves at risk, they are also potentially putting the public and first responders in danger.”

Asked about the number of calls the VPD receives in relation to rooftoppers, Doucette said it’s difficult to put an exact number on it “because the incidents can be reported to police as a part of other suspected offences.”

Examples of other offences could include things like break and enter and/or mischief, he said.

We have purposely not included the video in this article so as not to encourage others to follow suit, as the activity described above is extremely unsafe as well as illegal.