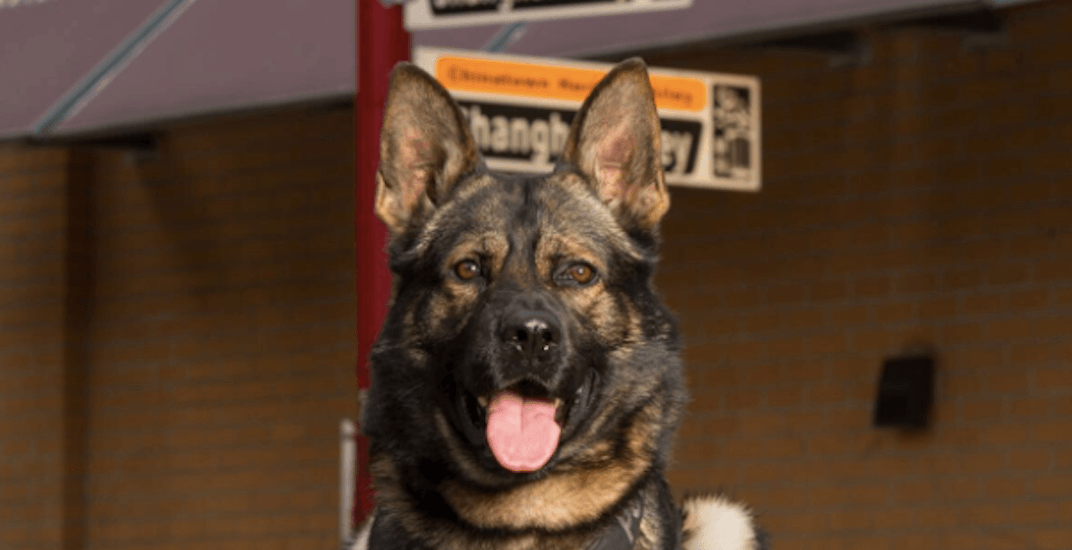 While a good dog will often get treats,  it’s rare they get their own streets.

But that’s exactly the case for the first Vancouver Police dog to die in the line of duty.

Valiant the police dog will be memorialized in the form of an official street name, located close to the VPD offices at 3585 Graveley Street, according to a city staff report.

According to the report, Valiant died on December 18, 1967, after being shot in an apartment building at 1460 Nelson Street, as police tried to apprehend a man who had escaped from prison. The wanted man, who had been serving a life sentence for murder, was armed and determined not be taken alive.

Officers surrounded the building and called for the man’s surrender before kicking in the door to the building. The man then fired two gunshots, which “narrowly missed” two officers.

Valiant the dog was then set on the man and was shot as he pounced,

At that moment, Valiant’s handler, Const. Mike Wellman, called him to heel and the dog went back to him.

Afraid the dog would return at the point, police reported the man gave up and surrendered.

Valiant stood by while the prisoner was taken to a police car, and it was then that Wellman noticed his dog was bleeding.

Valiant was rushed to surgery, but died of his wounds following a three-hour operation.

Every name considered by the Civic Asset Naming Committee is vetted through Vancouver Fire and Rescue Services to ensure the name does not present a risk to public safety or the safety of emergency responders, the report noted.

Emergency dispatchers, receiving a majority of their calls from cell phones, most often do not have a caller’s location displayed to them. They must then rely on a drop-down list of addresses based on the information relayed by the caller. As callers are often in distress, understanding them can be very difficult.

In this case, it says, city staff have confirmed with E-Comm services that the newly-named street would present “no public safety risks and and is not duplicated” in the Lower Mainland.