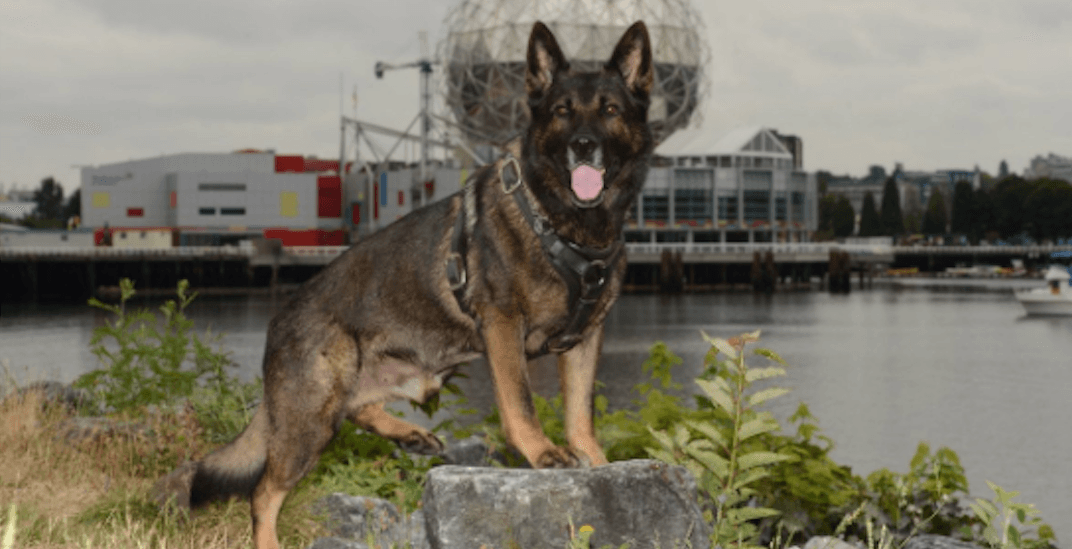 Calling him a “true guardian of the night”, the Vancouver Police Department’s Canine Unit announced over weekend that a retired four-legged member of the force had passed away.

Inducted into the Purina Animal Hall of Fame in 2013, Teak began his career with the VPD at a young age.

“I got Teak when he was just over a year old,” said his owner, Const. Derrick Gibson. “I trained with him for about 14 weeks after that and we just hit it off right away, so it was a really good partnership from the get-go.”

The partnership was “the epitome of the police dog handler and his dog,” said Brad Stephenson, a kennel attendant with the Vancouver Police Dog Squad.

The pair had quite a “unique relationship,” which was obvious when the two of them would work and “carry about their business,” he added.

Utlimately, said Gibson, Teak was “the perfect police dog and the best partner I’ve ever had.”