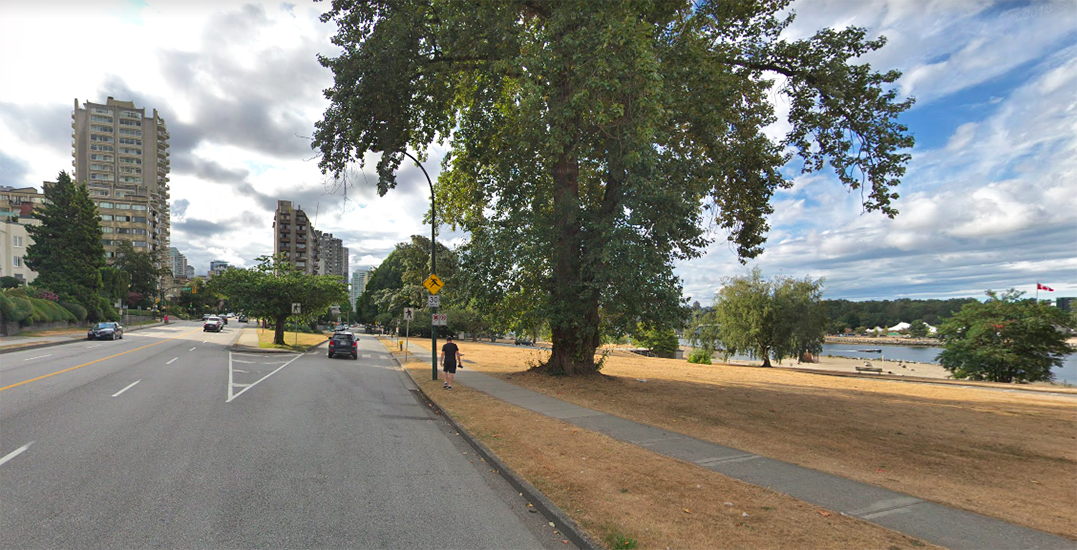 Beach Avenue in the West End of Vancouver (Google Maps)

Starting this week, the City of Vancouver will partially close off vehicle access to Beach Avenue.

The City says they’ve heard concerns from residents stating that it’s difficult to exercise or get fresh air in dense areas of Vancouver, such as the West End.

In order to open up space for pedestrians, starting Thursday, April 9, the eastbound lanes of Beach Avenue will be closed between Hornby Street and Stanley Park.

The City of Vancouver, however, stresses that this is not meant to be used as a chance for people to gather.

“The goal of this partial closure is not to encourage large gatherings, but to give nearby residents more room to move while also being able to practise physical distancing,” reads a statement from the City. “This is a responsive measure and not intended as an invitation to gather.”

While this closure is in effect, all eastbound traffic, including transit, will be redirected to Davie Street.

Drivers will have access to residences from the westbound lane. Anyone going west that needs access to Beach Avenue will be detoured through Denman and onto Morton Avenue.

Residential parking on the north side of Beach Avenue will be maintained when possible.

The Vancouver Park Board has also announced that starting this week, cars will no longer be allowed into Stanley Park.

Malcolm Bromley, general manager of the Vancouver Park Board, said that while there are many environmental benefits from the directive, the main priority is to ensure public safety.

Despite closing parking lots a week ago, the park has dealt with an abundance of vehicle traffic, particularly on sunny days, as well as people parking illegally on the road.

An abundance of signage will be set up, as well as physical barriers and checkpoints that are patrolled by rangers and the Vancouver Police Department.

Stanley Park’s measures will begin on Wednesday at 12 pm and remain in place until further notice.