In a meeting this evening, Vancouver Park Board commissioners are expected to approve a staff recommendation to proceed with a contract award to a partnership between Vancouver-based landscape architectural firm PFS Studio and Oslo-based Snohetta, which has worked on projects around the world and brings a “fresh perspective” to the location.

The contracted work will cost $2.6 million — up from the original allocation of $1 million — with the increase coming from the 2019-22 capital plan. There is also an option to extend the contract for a further two three-year terms. The original capital plan called for a $9 million budget, but $5.5 million was postponed due to the Park Board’s COVID-19 fiscal crisis.

The work will also inform the footprint of the future replacement of the aging Vancouver Aquatic Centre, as well as enhanced access and transportation — walking, cycling, public transit, and parking — and public realm in the surrounding streets. 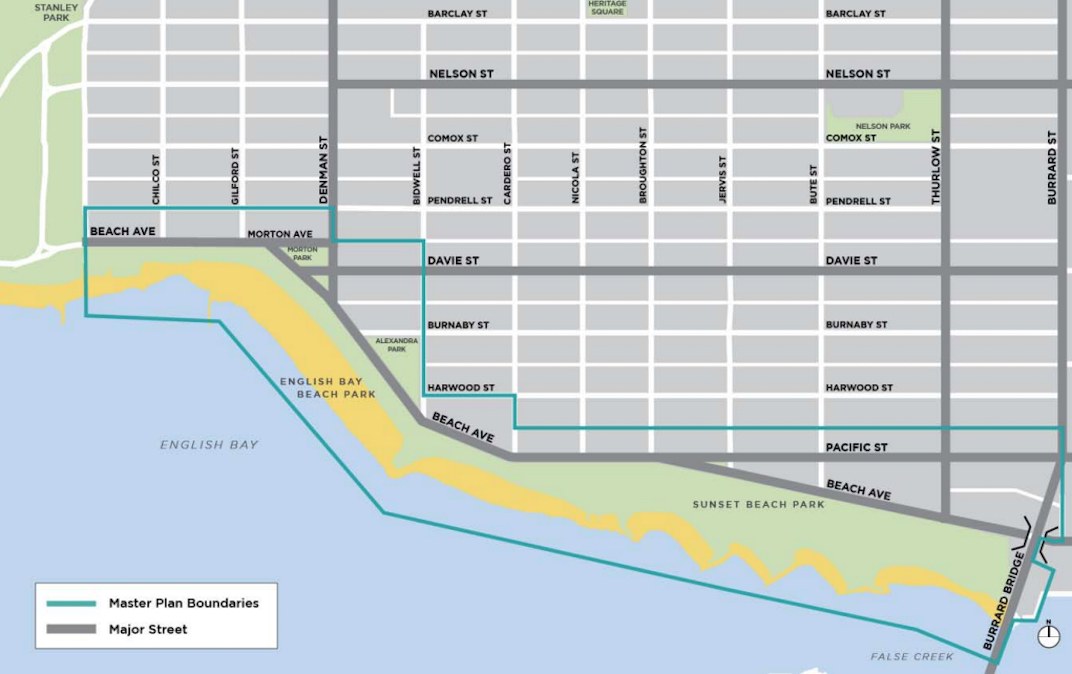 Some specific considerations could explore new and expanded food and beverage spaces, and new washroom and changing facilities. Park Board staff have deemed the existing English Bay bathhouse and its washrooms facilities as “outdated” and “an operational burden,” and the development of a master plan for the area will consider how this building will be overhauled.

English Bay and Sunset beaches are also the locations of Vancouver’s most highly-attended annual public events, namely the Honda Celebration of Light fireworks. Infrastructure changes, such as wider entry points into the beaches and new lighting, could improve crowd control during major events.

“The Vancouver Park Board requires a comprehensive master plan for the West End parks and adjacent transportation network that anticipates growth and increased demand while preserving and enhancing the qualities of the waterfront that make it so spectacular,” reads a Park Board staff report.

“The master plan will provide a consistent planning and design approach for the next 30 years to guide the phased implementation of necessary improvements to both the parks and surrounding transportation networks of the West End waterfront.”

The master plan will build on the work established by the city’s 2013-approved West End Community Plan and from previous strategies in the neighbourhood.

Editor’s note: The contract value of the planning work has been updated.