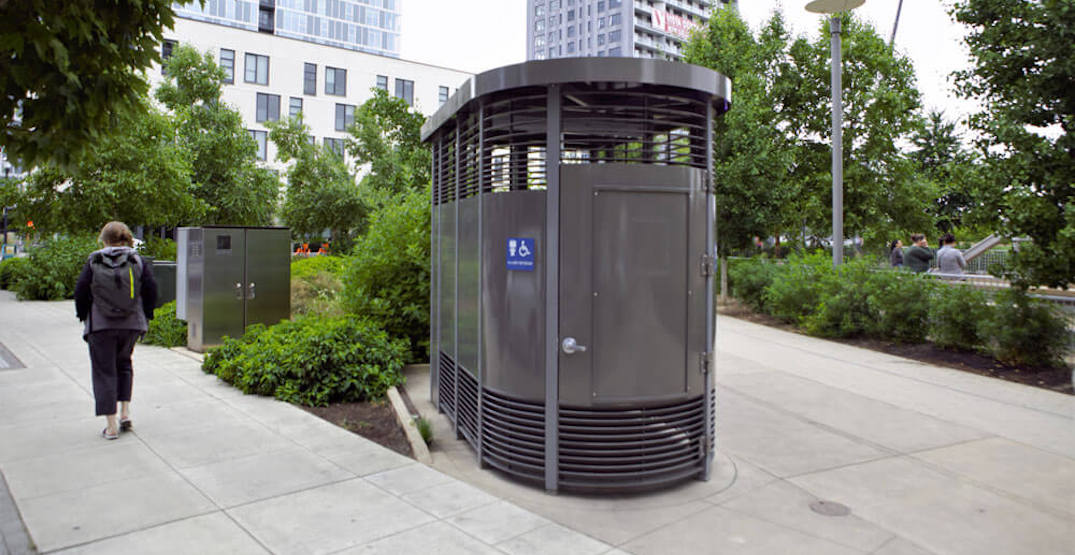 Public washrooms across Vancouver in parks and recreational sites will see an overhaul under a new strategy that elevates standards and accessibility.

Staff with the Vancouver Park Board will present a comprehensive strategy to commissioners next week on recommendations to make short- and long-term improvements to public washrooms.

There will be improved maintenance and sanitization by increasing the operating budget for 95 washrooms under Park Board jurisdiction, including 61 in fieldhouses and 34 standalone facilities. Currently, the Park Board allocates about $25,000 per washroom annually for janitorial staff — equivalent to $63 per day per washroom.

But it is more than just improving regular cleaning with additional janitorial crews, as many facilities are dilapidated with an average age of over 60 years old, which is also reflected by the outdated design standards that offer poor accessibility, comfort, and safety. 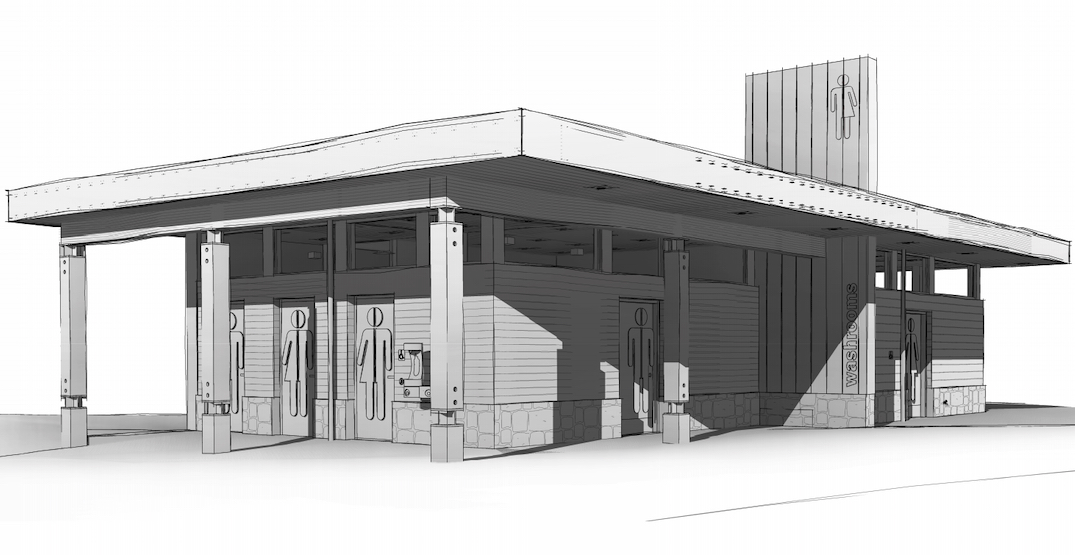 As well, the washrooms see heavy use from the growing population, increase in recreational activities, and the surge in tourism over the decades. In recent years, there has also been a growing call to expand the presence of public washrooms in the city, given that they are a basic human need.

“Many washroom structures are nearing the end of their functional life span and are now considered unsustainable with their high potable water and energy use,” reads a staff report.

“Challenged by foul conditions, maintenance of these washrooms is an overburden on the capacity of operations. Some washrooms are virtually unusable or have burned down.”

The other part of the strategy is capital improvements, from short-term upgrades — such as accessibility improvements and damage repairs — to complete overhauls, rebuilds, and additional locations over the medium- and longer-term. 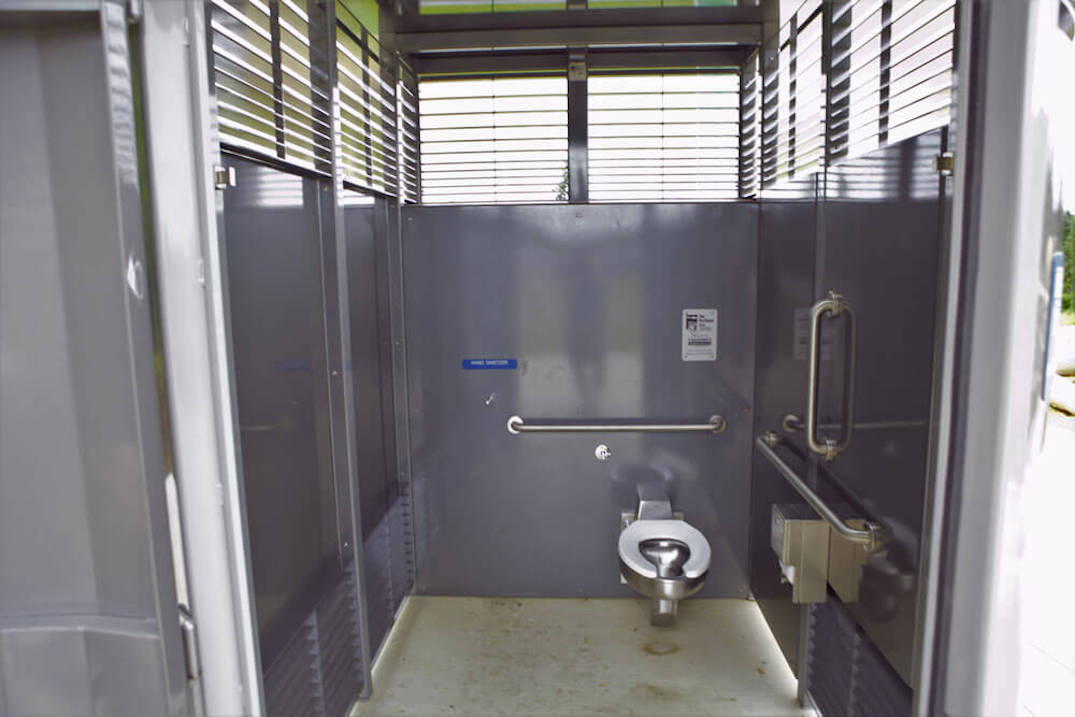 Within the current four-year capital plan between 2019 and 2022, an estimated $8.3 million will be spent to renew and upgrade the existing washrooms, facilities, and concessions at Second Beach, Locarno Beach, Spanish Banks, and Collingwood Park. Another $8.7 million will go towards new washrooms and fieldhouses at Riverfront East Park, CRAB Park, Coopers Park, Columbia Park, Tisdale Park, Stanley Park, and Vantech Secondary School.

The strategy intends to set aside the required funding to renew and upgrade 10 washrooms in every four-year capital plan. The target is to have 70% to 80% of washrooms in “good condition or better” by 2040.

Future new public washrooms could be built to a single-user and universal standard.

Larger structures could also include separate spaces for change rooms, lockers, showers, and integration with park features such as sports fields. 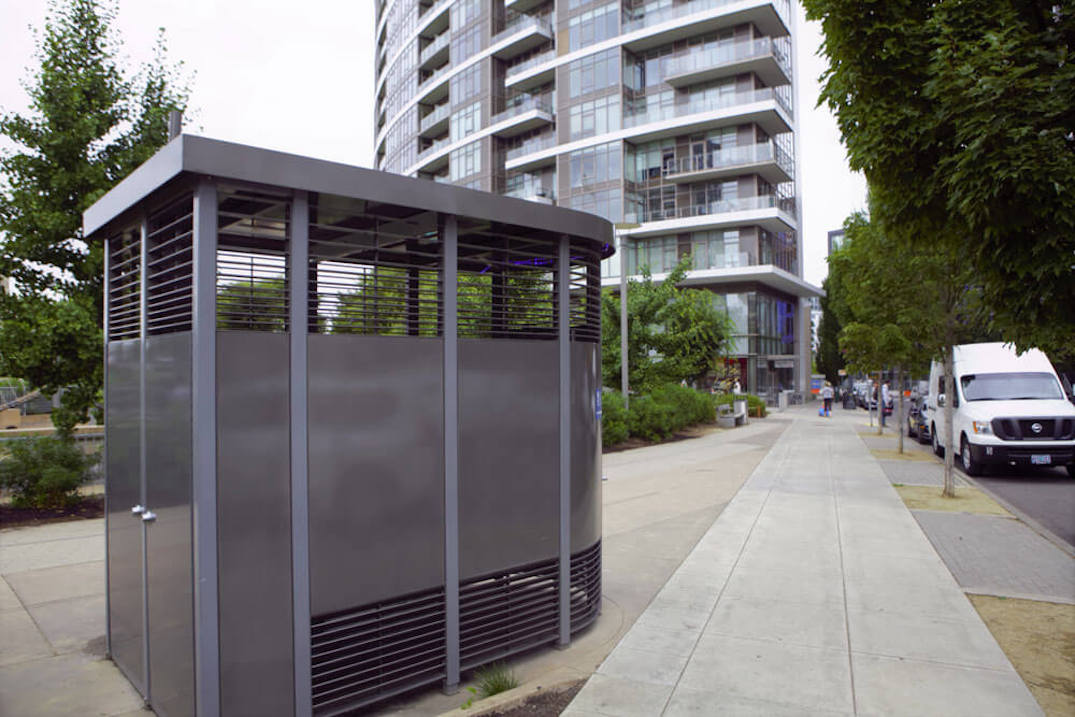 For the smallest of the new washroom types, Park Board staff are looking to launch a pilot program of a standalone prefabricated washroom for a single user. The pilot would be conducted at three locations — Carb Park, Columbia Park, and Coopers’ Park. The so-called Portland Loo is a noted example.

If successful, this pilot program could replace temporary portable washrooms, which would be relocated to seasonal high-use parks.

Additionally, temporary washroom trailers could be considered for a more durable, clean, and accessible solution for high demand areas with construction restrictions.

Other features that are being explored entail remote locking and unlocking of washrooms with motion sensors, an emergency call button, and free menstrual products. 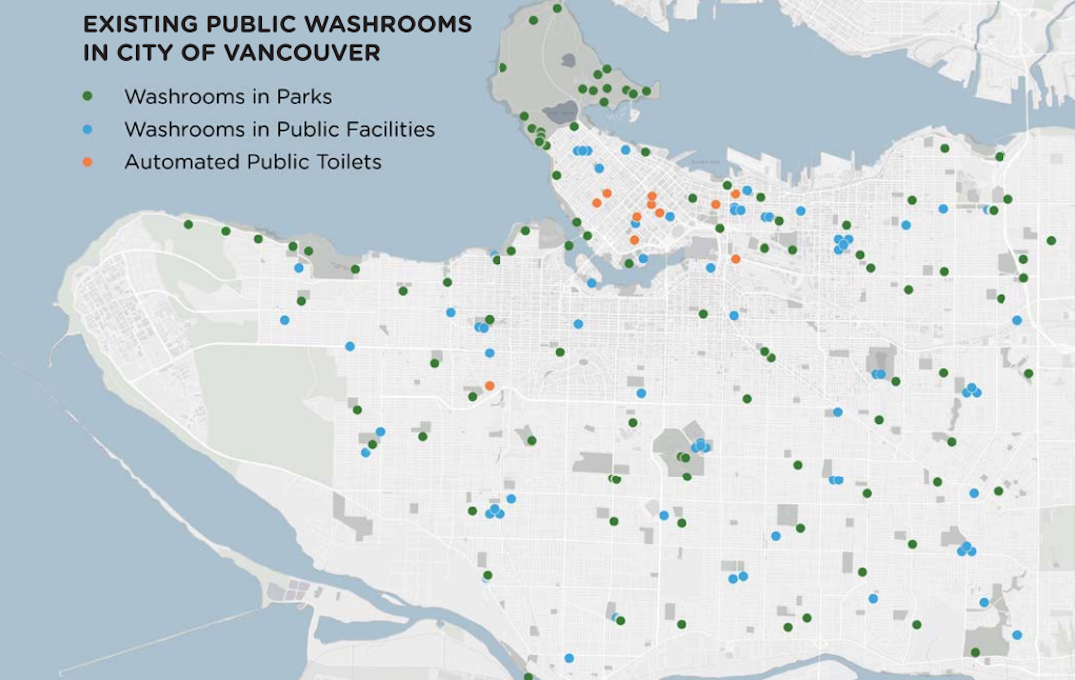 Beyond Park Board jurisdiction, there are currently automated public washrooms at 11 locations across the city, which are under the municipal government’s street furniture contract with a private operator.

TransLink is also in the process of determining a longer-term strategy of adding public washrooms to its transit hubs.

Currently, with tourism infrastructure funding from the provincial government, the Resort Municipality of Whistler is in the process of constructing new public washroom facilities across Whistler Village.