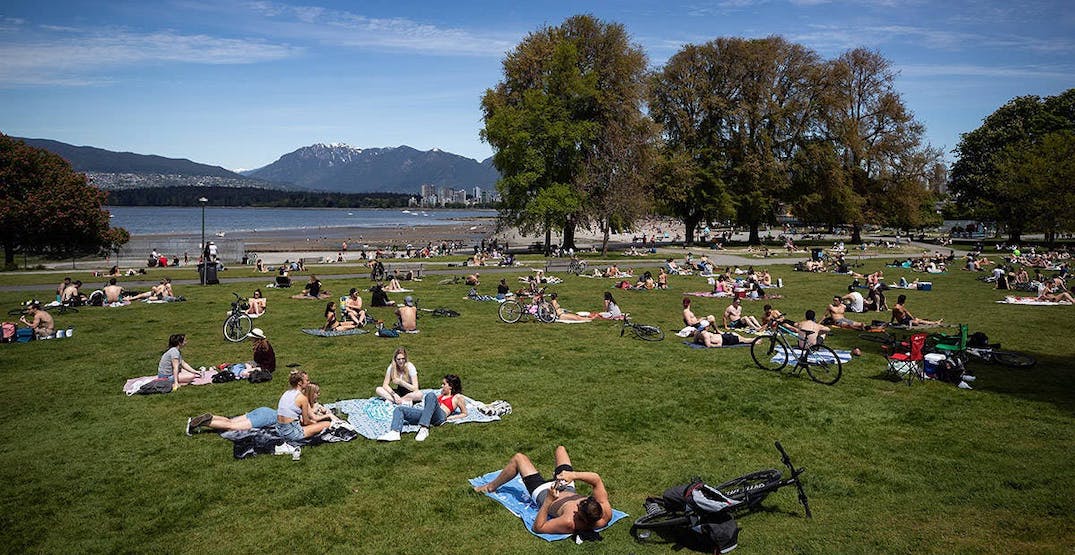 The Vancouver Park Board has launched the first round of public consultation for its renewed proposal to build a new permanent separated bike lane through Kitsilano Beach Park.

This would be a purpose-built extension of the Seaside Greenway that wraps around much of Vancouver’s central waterfront areas.

At this early stage of planning, there is no proposed design for the bike lane, as the current consultation only seeks input on values and priorities, which will be used to develop draft concept options. The objective of the project is to improve the segment of the greenway between Balsam Street and Ogden Avenue.

This past spring, as an interim measure, the Park Board installed a temporary west-east bike lane through the parking lot immediately south of the tennis courts. This configuration, removing about 50 of the 250 vehicle parking stalls in the lot, is expected to last about two years, until the permanent design is built.

Existing path for cyclists as part of the Seaside Greenway at Kitsilano Beach Park, including the temporary route through the south parking lot. (Vancouver Park Board)

An online survey has opened, and pop-up consultation events will be held on-site at the park. The public can also fill out paper copies of the survey upon request, or submit their feedback by emailing [email protected] This initial consultation will run through August 30, 2021.

A second phase of consultation is expected to occur in October 2021, when bike lane route options are identified. In February 2022, the public will also have an opportunity to provide feedback on Park Board staff’s identified preferred option, before a final decision is made by Park Board commissioners in April 2022. 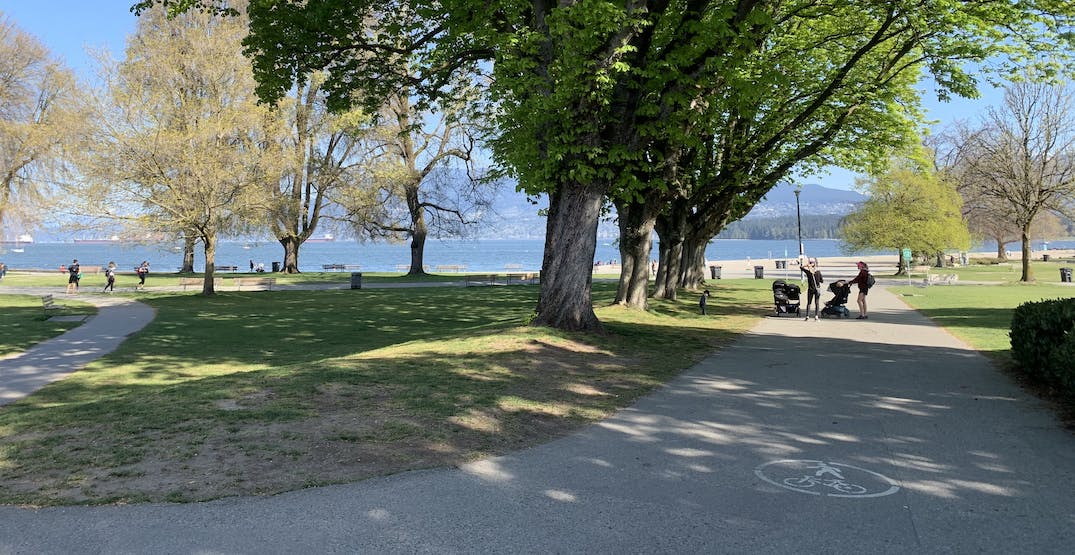 Existing path for cyclists as part of the Seaside Greenway at Kitsilano Beach Park. (Vancouver Park Board)

This is the second time over the past decade that the Park Board has delved into the idea of creating a new bike lane through the beach park. Public consultation on a previous controversial concept took place between 2013 and 2018; the previous proposal came to a halt in March 2018 due to public opposition over the impact on open grassy space. The concept also required the removal of 10 vehicle parking stalls from the south lot.