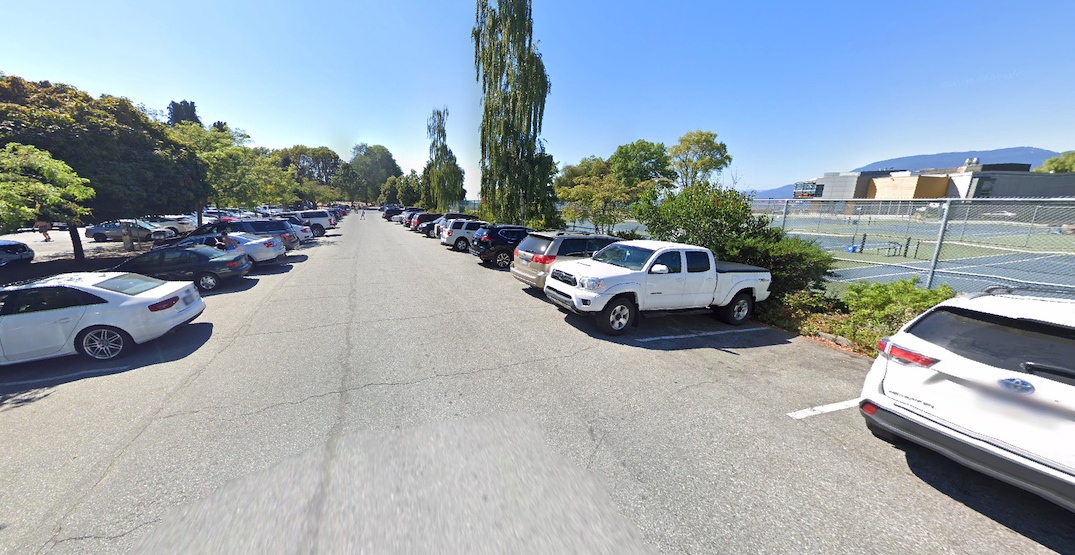 A temporary east-west bike lane cutting through the south parking lot of Kitsilano Beach Park will be installed next week.

The Vancouver Park Board made the announcement today, stating the bike lane is necessary to reduce the driving, walking, and cycling conflicts in the parking lot — located next to the tennis courts near the intersection of Cornwall Avenue and Arbutus Street.

There will also be upgrades to the diagonal dirt path at Balsam Street to prevent further damage and divert cyclists away from the busy intersection of Balsam Street and Cornwall Avenue.

The bike lane through the parking lot is expected to remain in place for about two years, until permanent plans for a fully separated bike lane connecting Ogden Avenue to Balsam Street are finalized.

Temporary bike lane occupying the row of vehicle parking stalls on the north side of the south parking lot at Kitsilano Beach Park, next to the tennis courts. (Vancouver Park Board) 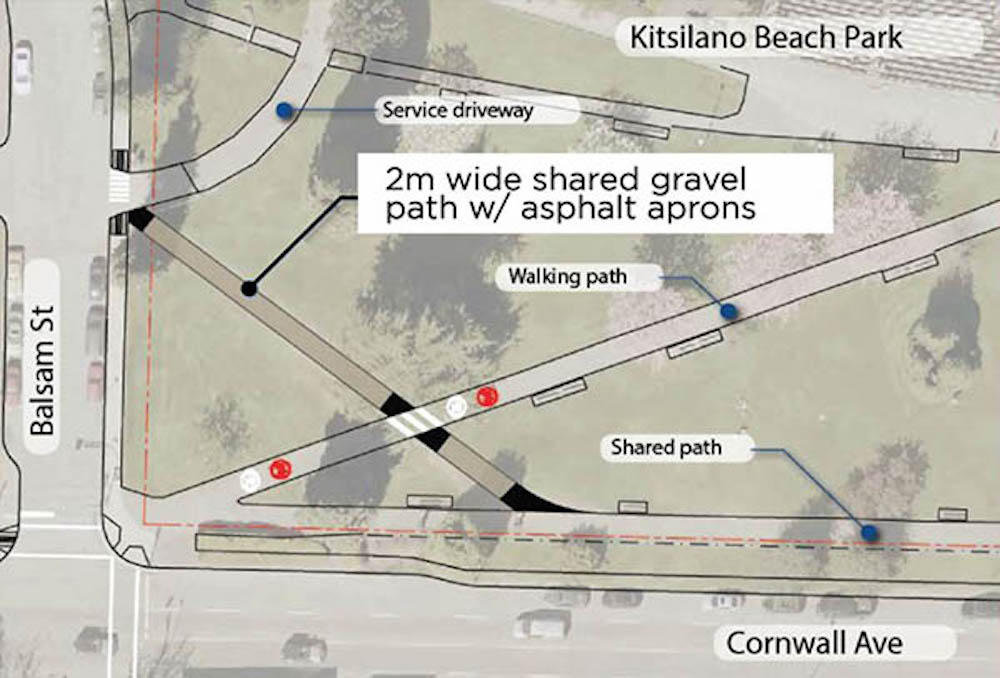 Public consultation will be held on the permanent bike lane project starting this summer, and it will build on the previous engagement that took place between 2013 and 2018. The previous plan came to a halt in March 2018, largely due to public opposition over the impact on open grassy space. This concept also required the removal of 10 vehicle parking stalls from the south lot.

Feedback received from the new engagement will be used to develop a new proposal adjacent to Kitsilano Beach Park, with Park Board planners returning to commissioners with recommendations in early 2022.

The Park Board is also planning to conduct a broad master planning process for renewing Kitsilano Beach Park sometime over the next five years.

Just yesterday, the Park Board also announced the timeline for the gradual reinstatement of the separated bike lane on Stanley Park Drive. The first segment using traffic cones will return by the middle of this month, and the entire route will have concrete barriers by the middle of July.