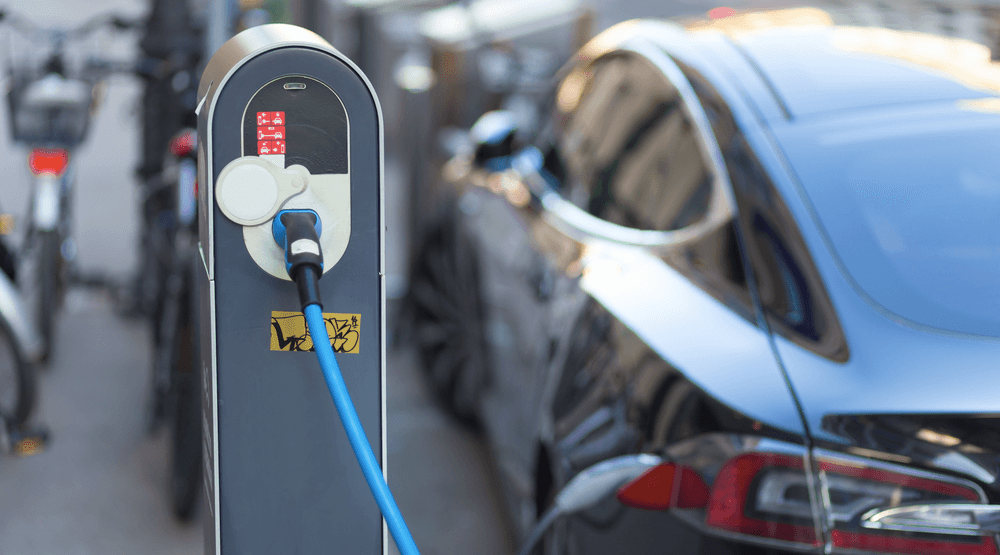 In a meeting next week, Vancouver Park Board commissioners are expected to approve a proposal by park board staff to install new additional electric-battery vehicle charging stations at public parks and community centres across the city.

“Presently, the public charging network in Vancouver is not distributed evenly across the city,” reads a park board staff report, adding that “large portions of East Vancouver and the West Side have little to no charging facilities. New sites to receive EV charging stations were identified to address the issue of equitable access to charging.”

The city estimates there are about 300 public charging locations across the city, with the municipal government responsible for the installation of 100 of the stations at a variety of public, fleet, workplace, and residential locations.

Some of the public locations include park board property at Coal Harbour, Hillcrest, and Mount Pleasant community centres, as well as Empire Fields, Vancouver Aquarium in Stanley Park, and along Beach Avenue.

The management of the operation and maintenance of public charging stations are the responsibility of the city’s engineering staff, which own, operate, and manage either directly or through contractors.

Upon approval, the installation of the additional stations on park board property will occur between the third quarter of 2020 and the second quarter of 2021. 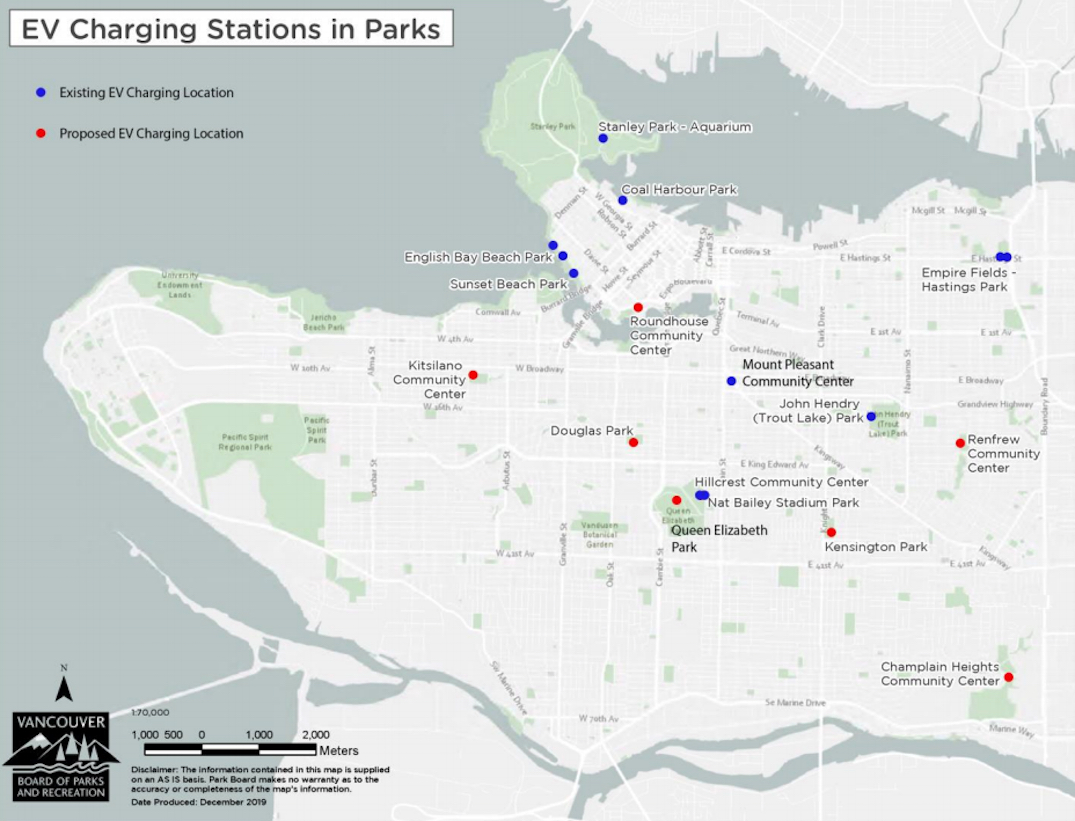 A recent BC Hydro survey found 69% of conventional-fuel vehicle owners are concerned about the availability of public charging as the main reason they are hesitant to make the switch to an electric-battery vehicle.

But this counters with the survey’s finding that 60% of electric-battery vehicle owners are charging most often at home or at work, and only 10% charging at a public charging station daily, with about half using a public station less than four times a month.

The fuelling costs of an electric-battery vehicle are also far lower than a gas-powered vehicle. For instance, charging a Nissan Leaf at home daily costs an estimated $20 per month, while a Honda Civic’s gas costs are about $170 per month on average.

But the demand for charging infrastructure and electricity is expected to soar over the coming decades.

In 2018, the provincial government passed the Zero-Emission Vehicles Act (ZEVA), which requires all new light-duty cars and trucks sold in the province to be clean energy vehicle models by 2040.