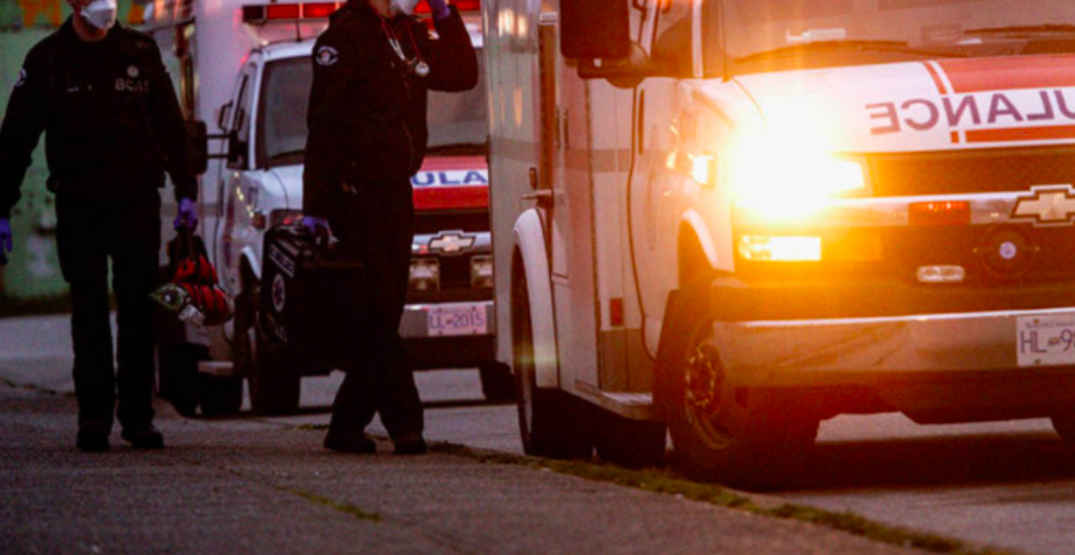 Two Vancouver paramedics were assaulted by a man with a fire extinguisher while responding to an overnight call on Friday.

According to Vancouver Police Const. Tania Visintin, the incident took place near Cambie and Smithe Streets just after midnight on Friday, as the paramedics were escorting their patient towards their ambulance.

“A man approached the paramedics and sprayed them both in the face with a fire extinguisher,” Visintin told Daily Hive.

The suspect then ran away, but police officers were able to locate him nearby.

In the wake if this incident, Visintin said a charge of assault with a weapon has been recommended to Crown by police.