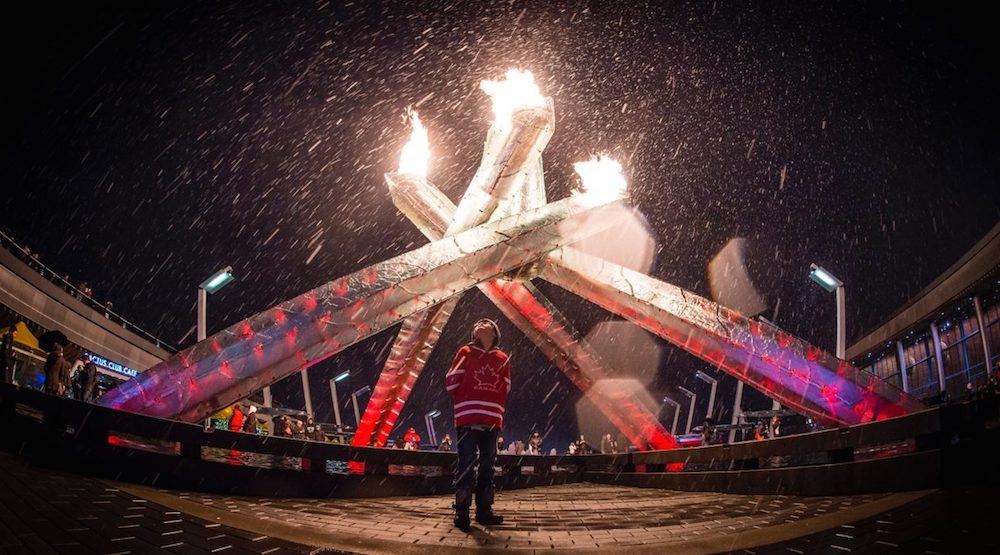 The Olympic Cauldron at the Vancouver Convention Centre’s Jack Poole Plaza will be rekindled tonight during a candlelight vigil to honour the victims of Sunday night’s deadly terror attack at a Quebec City mosque.

Even with the snow, thousands are still anticipated to attend a series of vigil events that will begin at the Al Masjid Al Jamia Vancouver mosque on West 8th Avenue near Heather Street, near Broadway-City Hall Station. The vigil at the mosque is scheduled to begin at 5 pm.

Then shortly after at 6 pm, an anti-Islamaphobia rally dubbed “Love Over Fear” will begin at Robson Square, just outside the Vancouver Art Gallery, and make its way down to Jack Poole Plaza as a procession by 6:30 pm.

The rekindling of the Cauldron, which includes a candlelight vigil and speeches from leaders in the community, will occur sometime after 6:30 pm.

“When senseless acts of violence strike home it always hurts a little more,” reads the event’s Facebook group. “We are asking the entire community to come out to show their support and to ensure positive dialogue is sustained. Together we all have the power to educate and spread the message of love.”

Vigils have been happening all week at the Al Masjid Al Jamia mosque, including a major vigil attended by hundreds of people from all walks of life on Monday evening.