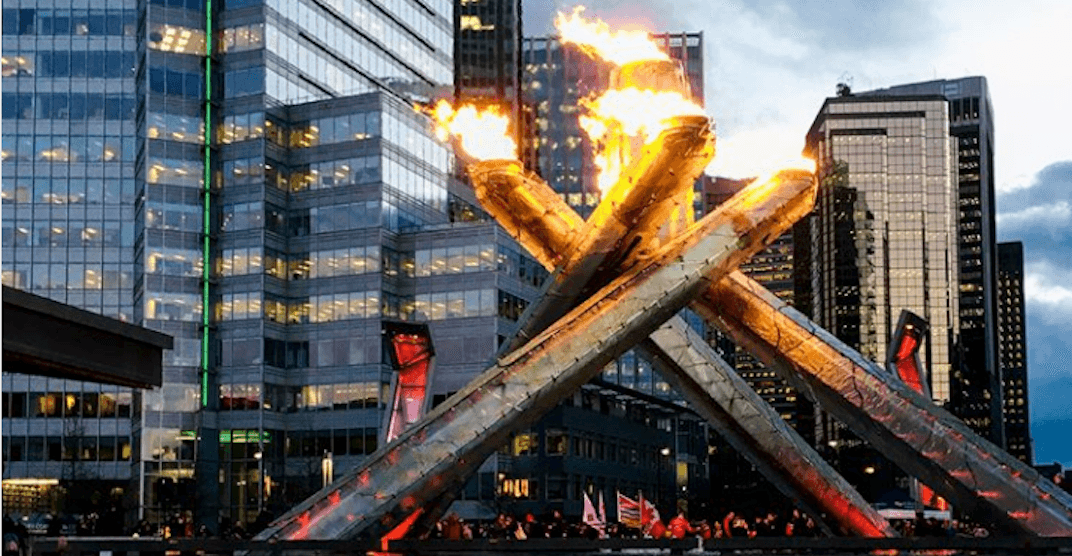 The annual Day of Mourning in BC takes place this Saturday, April 28, and to mark the occasion the Olympic Cauldron in downtown Vancouver will be lit up in support.

The day is meant to memorialize and commemorate BC workers who have been killed or seriously injured on the job.

Family survivors will be joined by workers, unions, employers and local labour councils to mark the day with 39 ceremonies throughout the province.

The Canadian Labour Congress created and held the first National Day of Mourning ceremony on April 28, 1984, making Canada the first country to formally commemorate workers killed in the workplace.

Today, ceremonies take place around the world and the day itself is recognized by the federal and provincial governments, as well as by municipalities across BC.

The BC Federation of Labour, the Business Council of British Columbia, and WorkSafeBC are hosting a public memorial ceremony in Vancouver at Jack Poole Plaza. Speakers at the Vancouver event will include:

In 2017, there were 158 work-related deaths in BC, with 87 of those caused by occupational disease primarily resulting from exposure to asbestos decades ago, and 71 resulted from traumatic injuries.

At the conclusion of the ceremony there will be a moment of silence, followed by a piper leading an honour guard procession to the Line of Work, an artistic depiction honouring workers throughout BC’s history.