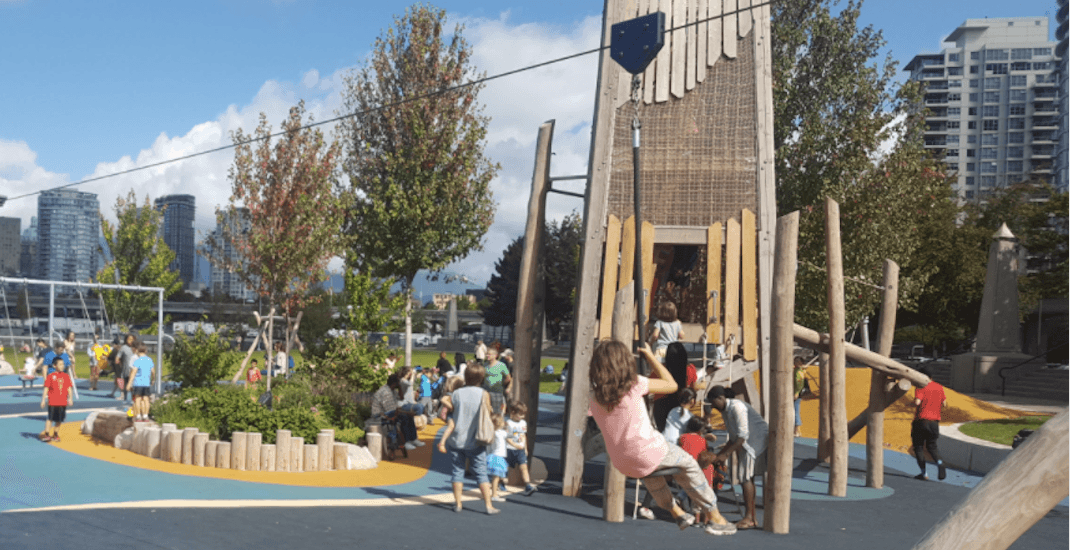 The new park next to Science World boasts the city's largest playground, complete with zipline in the network (Eric Zimmer / Daily Hive)

A brand new playground next to Science World at False Creek is Vancouver’s “largest and most accessible” playground, according to the Vancouver Park Board.

Some of the features of the new playground include: 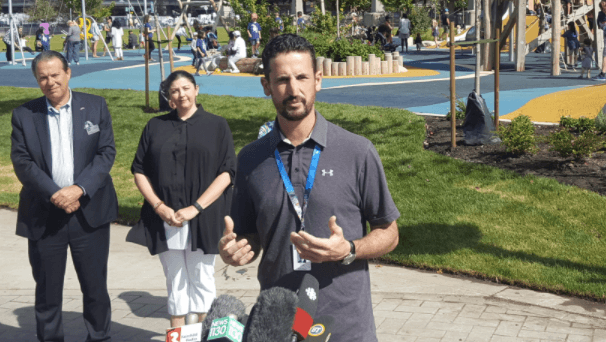 In 2011, a nearby playground was removed to accommodate the outdoor exhibit expansion of Science World, as well as pedestrian and cycling path upgrades along the seawall.

At that time, a few of the play elements were relocated to the north end of Creekside Park where a playground just for small children existed.