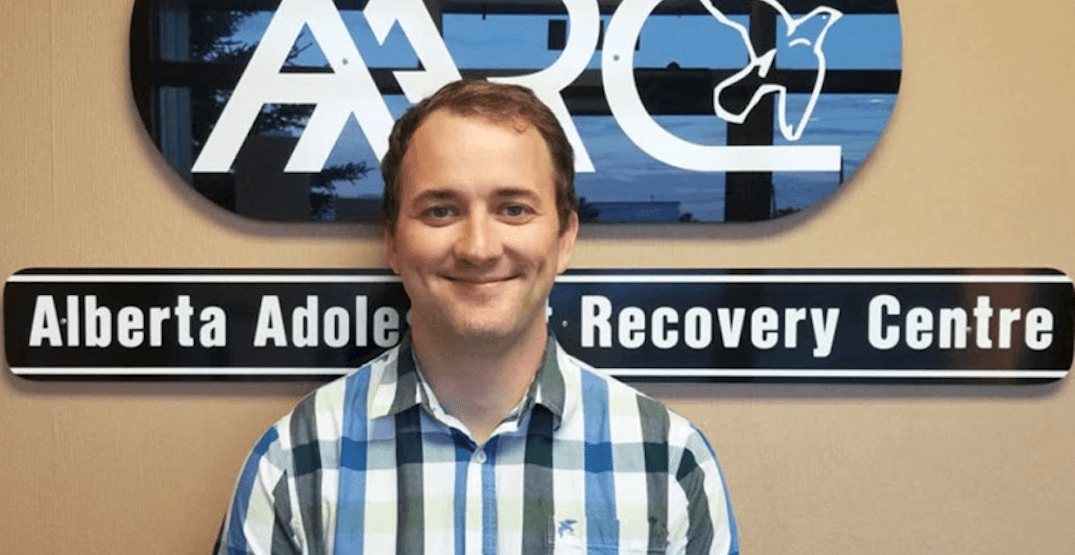 The Vancouver man, who was convicted of second-degree murder in 2009, was scheduled to speak about adolescent addiction on behalf of the Alberta Adolescent Recovery Centre (AARC).

Evans served seven years in prison after confessing to strangling and killing a sex worker in a drunken rage in 2007. He was granted parole in 2014.

Once in an apartment with the woman, Evans’ inability to achieve an erection caused him to become angry, which resulted in him hitting and strangling the woman to death.

Documents state that he then used an area rug to drag her body down the stairs and left it in some bushes near the apartment’s parking lot in Kitsilano.

After taking a Greyhound bus to Calgary, Evans confessed what he had done to his parents, who assisted in turning him in.

Evans was convicted of the second-degree murder of Nicole Parisien and sentenced to life in prison, with no chance of parole for 10 years.

He was released after seven years thanks to the Criminal Code allowing parole three years before a convict’s full parole eligibility date.

The inclusion of Evans in the Calgary Teachers’ Conference schedule caused backlash on social media earlier this week, and on Wednesday evening the Alberta Teachers’ Association president Greg Jeffery announced that the AARC session would be cancelled.

“After reviewing concerns shared about Andy Evans speaking at Calgary Teachers’ Convention, I have consulted with @CCTCA organizers and we will be cancelling AARC’s session,” Jeffery stated in a tweet.

“I sincerely regret the impact this has had on survivors, victims, and their supporters.”

After reviewing concerns shared about Andy Evans speaking at Calgary Teachers’ Convention, I have consulted with @CCTCA organizers and we will be cancelling AARC’s session. I sincerely regret the impact this has had on survivors, victims and their supporters. #abed #CCTC2019

A tweet from the Alberta Teachers Association followed Jeffery’s on Thursday, apologizing to the family of Parisien and admitting that the inclusion of Evans had been a mistake.

The tweet contained a full statement from Jeffery, including a pledge to donate $5,000 to the Stardale Women’s Group “in honour of Nicole Parisien.”

The full statement can be found below:

We are sorry for this mistake. We are committed to reviewing practices so this does not happen again. We will do better.

The Calgary Teachers’ Convention will be held at multiple venues throughout the city on Thursday, February 14 and Friday, February 15.