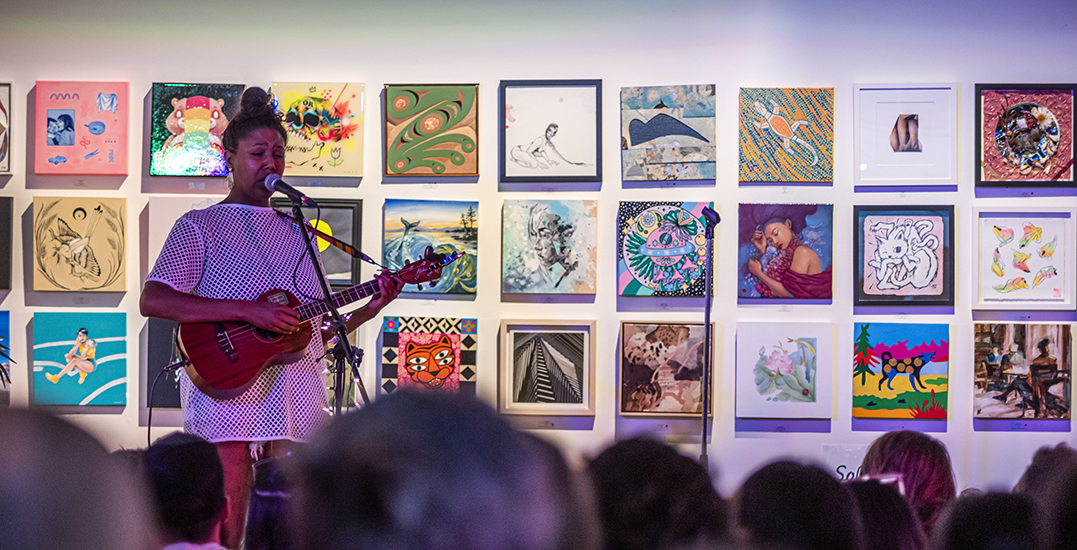 The Vancouver Mural Festival (VMF) is right around the corner.

2020 is the festival’s fifth year in action, and to mark the occasion, VMF is expanding the annual event into a three-week celebration.

This year, mural lovers can expect artwork in more neighbourhoods than ever. From August 18 to September 7, artists will paint and unveil over 60 murals in nine different neighbourhoods — that’s on top of more than 100 murals that already exist in the city.

Performances will occur twice a night from Tuesday through Sunday for the duration of the festival — plus a finale show on the final night.

The shows will take place at 5:30 and 8:30 pm and are approximately two hours in duration. Each performance will be ticketed and will feature live music, drag, comedy, and burlesque from local curators, performers, and collectives.

Organizers say that the pop-up will be set up at 123 E 6th Avenue in Mount Pleasant.

To prioritize safety, a number of measures are being implemented, including mandatory masks for staff, six-foot distances between tables and pods, table service to limit lineups and crowds, and retaining ticket holder information for contact tracing.

Additionally, as stated by provincial health officials, each sitting will have a maximum of 50 tickets made available.

Tickets for performances cost $24.90 and can be purchased online via Eventbrite. For who’s performing and more information on health and safety measures, check out the VMF website.