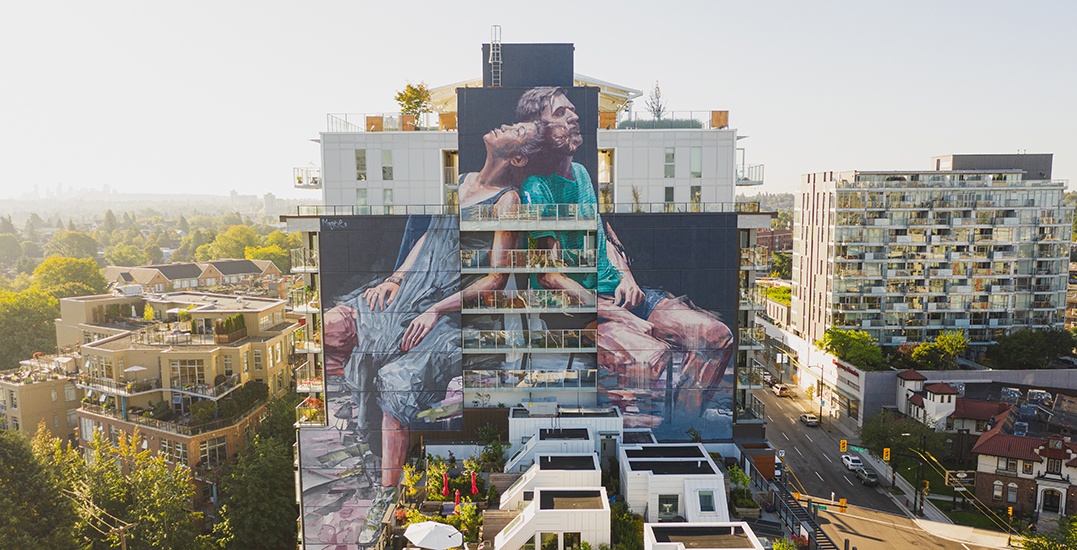 The Vancouver Mural Festival (VMF) has unveiled the full lineup of events for its 2020 celebration. This year’s festivities mark five years since the event first launched and to celebrate, VMF has announced an expanded three-week festival.

One key addition to this year’s festival includes reaching out and creating murals in more neighbourhoods than ever. From August 18 to September 7, artists will paint and unveil over 60 murals in nine different neighbourhoods.

In addition to VMF’s original home in Mount Pleasant, the festival will be creating art in South Granville, Robson, the West End, Downtown Vancouver, Strathcona, Gastown, River District, and Marpole.

The goal of this year’s festival, according to organizers, is to help support artists, communities, and local businesses. By expanding to more neighbourhoods and returning to their “roots,” more artists will have a chance to leave their mark on public spaces.

VMF is also launching a brand new mobile app, that will help people find, explore, and learn about more than 250 murals — including the dozens that are being painted this year. Users will be able to find mural and artist details, an interactive map with filters, and curated collections. The app can be downloaded for free on August 18.

In addition to unveiling this year’s murals, a number of virtual and physically distant events are being hosted by the festival. During the entire duration of the event, a pop-up patio will be held, featuring live music, comedy, and drag.

There will also be free daily mural tours and a downtown shopfront mural exhibit at the Pendulum Gallery.

Virtually, a five-year art exhibit will be held, featuring more than 100 original works of art by festival alumni and local artists, as well as original and limited prints being made available for sale.