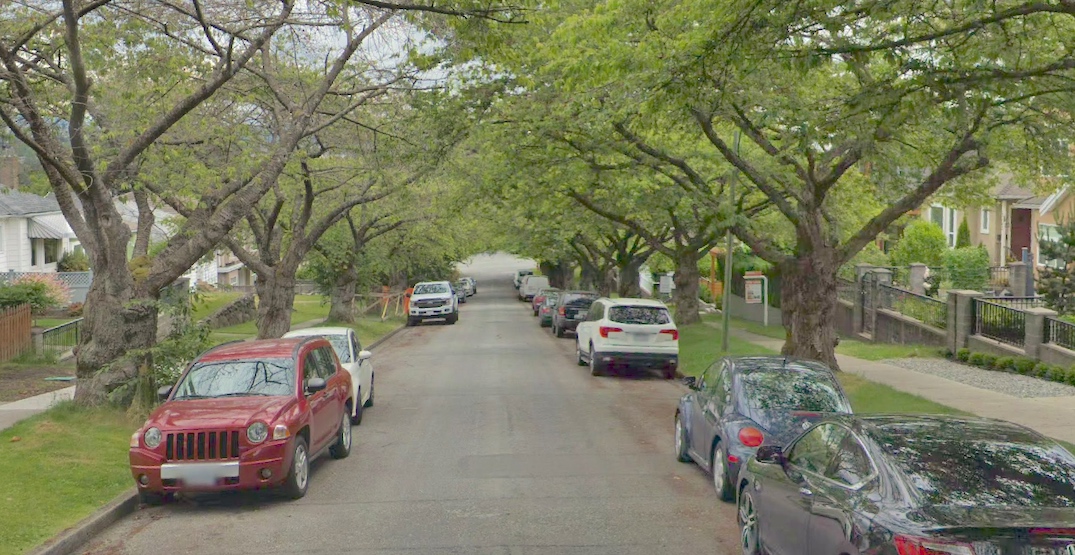 The City of Vancouver is proposing a starting base fee of $45 per year for a new mandatory permit parking scheme for all residential streets in the city.

This permit would be required for residents who park their street overnight between the hours of 10 pm and 7 am. It can be purchased online or in person.

There would also be extra fees through an annual pollution charge for new higher-polluting vehicles, with a sliding scale that would see all 2022 and older vehicles — all vehicles that people already own today, as well as specialized vehicles for wheelchairs — exempt from the extra fees.

The annual pollution charge, on top of the base fee, applies to vehicles with a model year of 2023 or newer. Battery electric and other low-polluting vehicles such as hybrids would pay zero, but moderately polluting new vehicles such as most gas-powered sport sedans and more efficient small SUVs would pay $500 annually.

There would also be fees for overnight visitors, who can park anywhere from 10 pm to 7 am but must pay $3 per night using the PaybyPhone app or at a neighbourhood pay station. No fees will be applied during the daytime from 7 am to 10 pm. 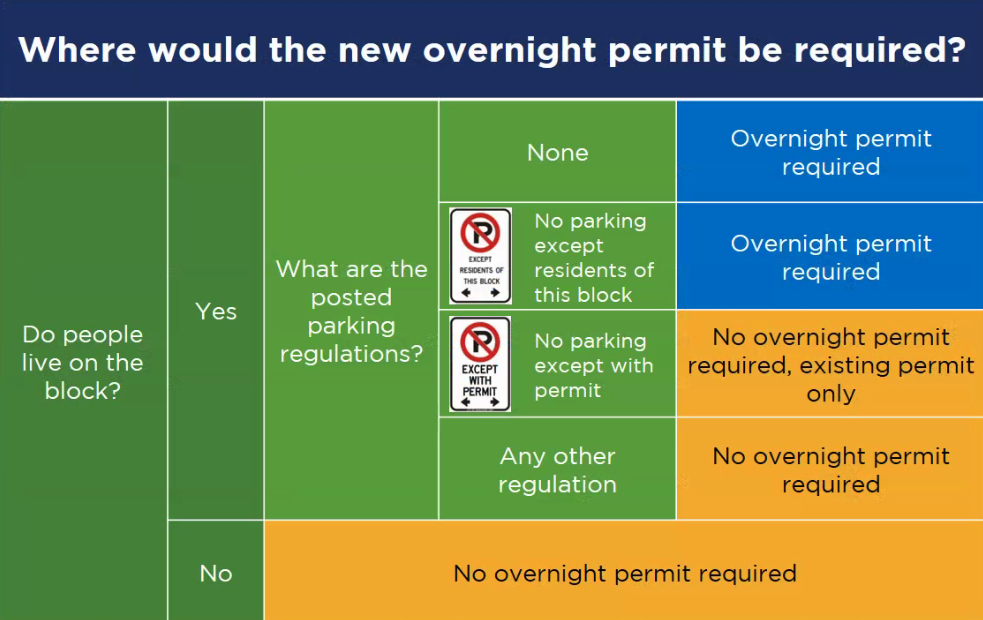 City staff suggest this new scheme would potentially deter future purchases of new higher-polluting vehicles, and encourage people who get around by car to consider other modes of transportation.

The municipal government estimates there are currently about 150,000 cars parked on residential streets overnight.

Additionally, it would provide a significant new source of revenue for the city, enough to cover 25% of the $500 million Climate Emergency Action Plan approved by city council last year. It is anticipated the new parking scheme would generate $60 million in revenue over the first four years, starting from its phased implementation in 2022 to 2025.

There is currently just under $1 million in the capital budget available for the rollout of this new scheme. There would also be between $500,000 and $1 million in annual parking enforcement costs.

In order for city staff to launch the new scheme on residential streets starting in 2022, the program requires final approval from city council in Fall 2021.

City staff are currently conducting a new round of public consultation on the proposed rates and policies; an online survey will be open through July 5, 2021.

Mandatory parking permits are already implemented within the downtown West End, much of Kitsilano and Fairview neighbourhoods, and a large number of residential street areas that are close to retail districts and other major points of interest and destinations that draw visitors.

Fees for parking — both curbside on the street and off-street in parking lots — have been a growing source of revenue for the city over the past decade.

The municipal government is also planning mobility pricing, such as road tolls or a system with the similar effect as road tolls, for the combined geographical area of downtown Vancouver and the Central Broadway Corridor, known together as the Metro Core. 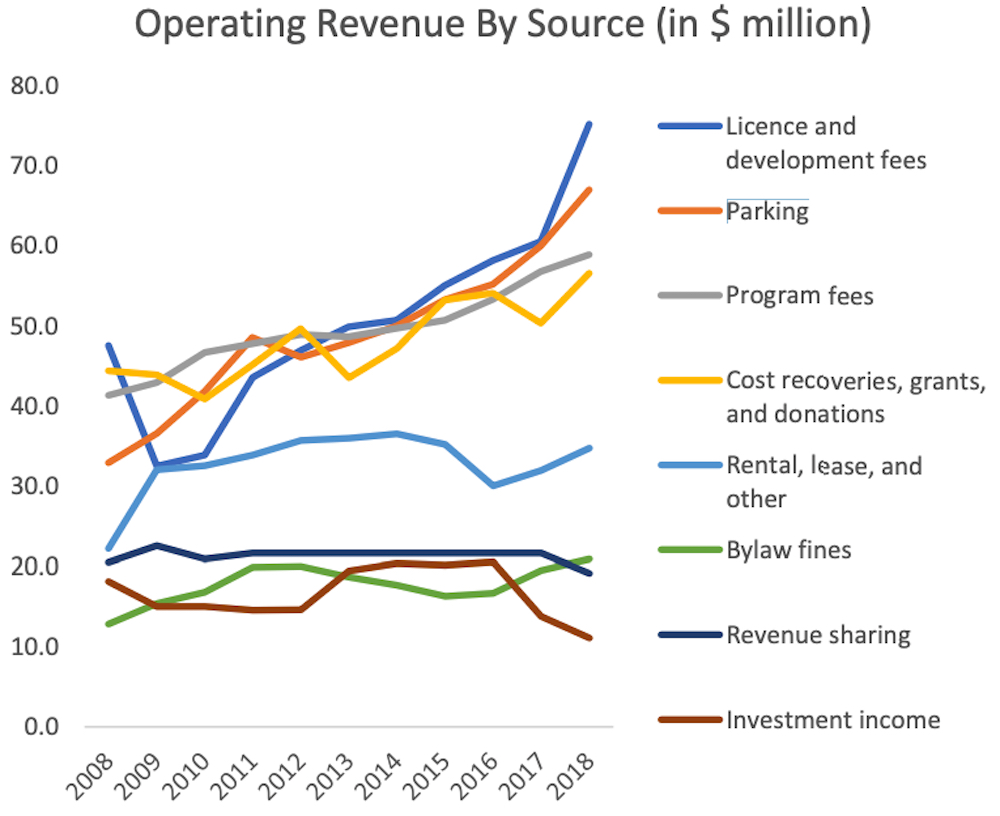