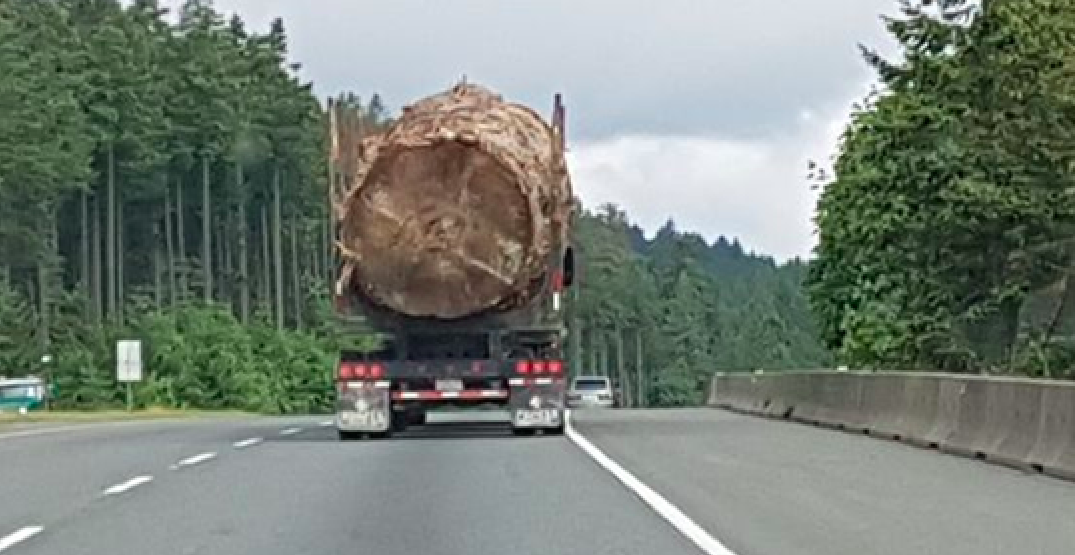 A massive, harvested tree on the back of a logging truck in a now-viral photo was actually cut down last year, according to BC’s Ministry of Forests.

The ministry told Daily Hive in an email that the tree – identified as a Spruce and cut on Northern Vancouver Island – was cut between March and mid-August of 2020.

This was before the Special Tree Protection Regulation came into effect in September.

“Government brought in this regulation to protect exceptionally large trees of all species throughout the province, and today, a tree of this size might well be illegal to harvest under the regulation, and fines of up to $100,000 could be imposed if it was,” the ministry said.

According to the ministry, after the tree was harvested, it was transported to a log sort in Coquitlam and stored in water until it was sold. The tree was sold, and in the photo, it was being transported to Port Alberni for processing.

So apparently the carcass of this forest god is worth $30,000, which makes as much sense as valuing your children by their weight as hamburger mince pic.twitter.com/wRWdmsunNU

May 5 was the 200th year anniversary of Napoleon’s death. This tree is probably way older than that.

Now it’s gone for a short-term cash gain. The trees in the background wont reach the same size until the 2200s or 2300s (if we don’t cut them down).

Like killing the last of the Rhinos and then parading it down the high way.

For fallers cutting down this size trees is like a trophy, they video each other doing it.
Be assured that down at the sorting lot the comments will be: Look at the size of that!

Each tree is its own little world, with thousands of organisms depending on it for survival.

Property profiteers have decided, it’s better to kill them all, and use that for an empty luxury home?

A tree that size should have never been cut!

According to the ministry, due to the actual date of when the tree was cut, “there is no contravention of the Special Tree Protection Regulation.”