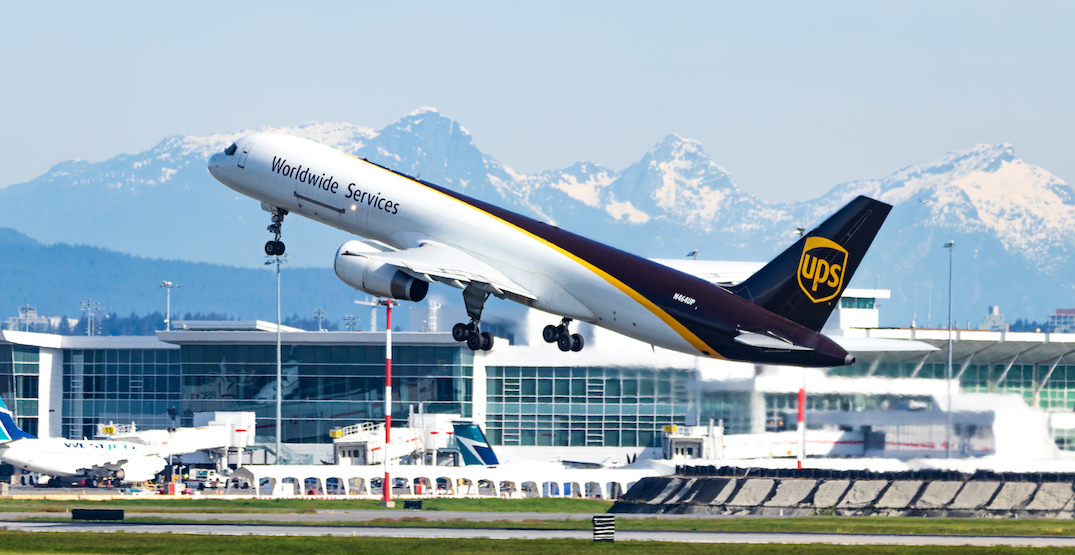 Depressed global aviation demand continued to be very apparent in 2021, with Vancouver International Airport (YVR) reporting it saw just 7.1 million passengers last year — down from the all-time record of 26.4 million passengers in pre-pandemic 2019.

In her first annual update today to Vancouver City Council, YVR president and CEO Tamara Vrooman said the airport is working to provide itself with a long-term recovery from the pandemic’s financial impacts on its operations, while also becoming more resilient to shocks and supporting the needs and interests of the region.

Over the latter half of 2021, up until the sudden onset of the Omicron variant, passenger traffic saw the strongest rebound yet from increased vaccination rates, the relaxation of some travel restrictions, and pent-up demand.

Given the current path to recovery, Canadian airports are not anticipated to return to their pre-COVID passenger numbers until 2025.

Vrooman says YVR started 2021 with its single largest debt burden and operating deficit in the history of the airport. It ended 2020 with a deficit of $380 million, and tapped into hundreds of millions of dollars in debentures and a line of credit to keep the airport operating. Prior to the pandemic, 90% of the airport’s revenues were passenger related.

To diversify its revenues, she said, YVR is looking to repurpose about 400 under-utilized acres of Sea Island for industrial and commercial developments. This accounts for about one third of YVR’s 1,300 acres, with about half dedicated strictly to aviation uses — including runways, taxiways, and the terminal buildings — and the other half for complimentary commercial uses. 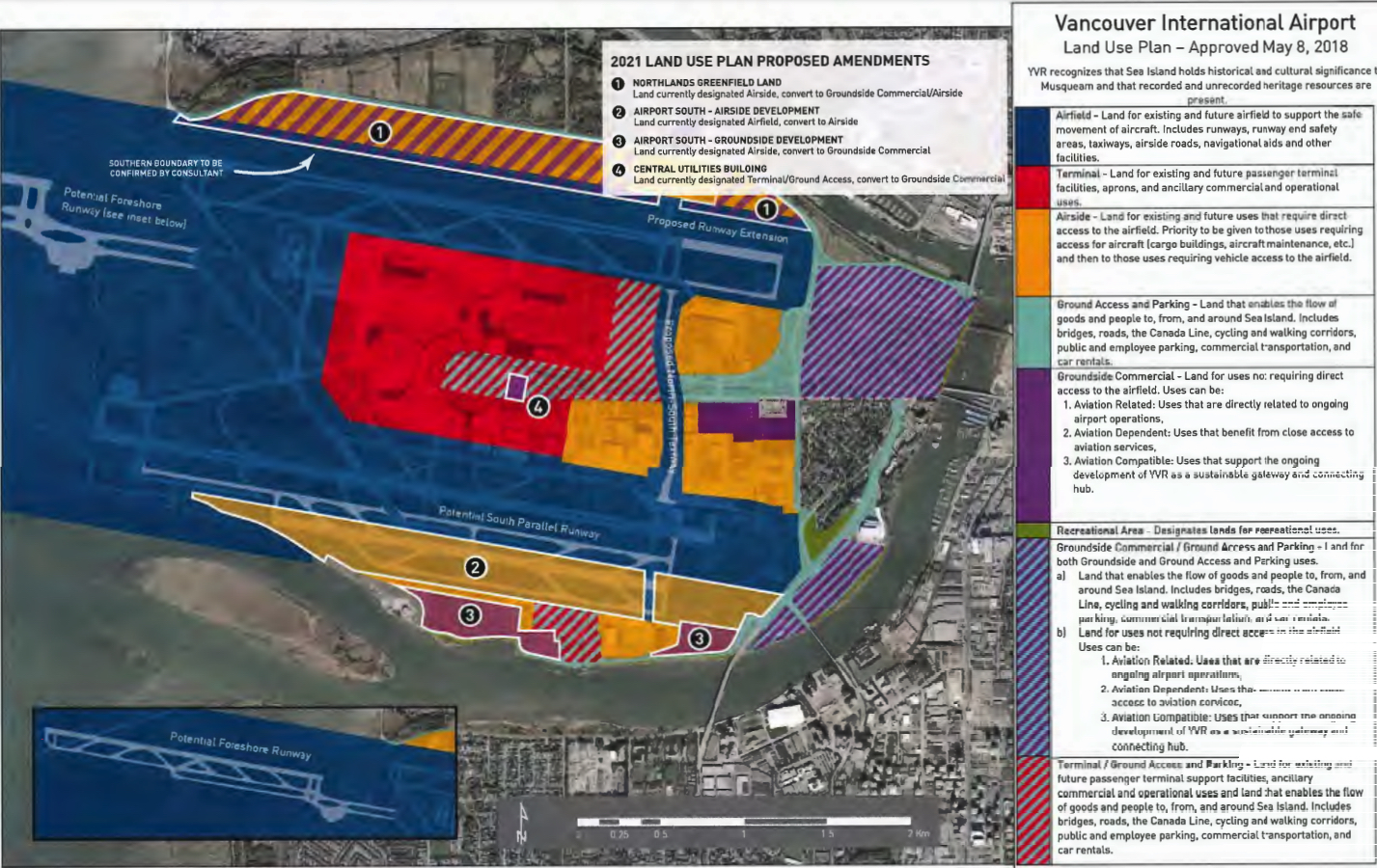 Planned Sea Island land use changes to accommodate industrial and commercial development. Click on the image for an enlarged version. (Vancouver International Airport)

The airport first made public their intent to develop these parcels of land in Spring 2021 in an update to Richmond City Council. This would specifically entail developing the Northlands Greenfield Land — a strip of land just north of the North Runway — such as large trade-enabling warehouse and logistics uses, accompanying existing tenants that include Canada Post Pacific Processing Centre and a UPS facility.

The vast majority of the developable lands would be immediately south of the South Runway, on an airside space that had been reserved for a future third parallel runway option. While the land would still be reserved for an additional runway, YVR anticipates the need for it will be pushed well into the future due to the pandemic’s long-term impacts.

As a first step towards this approach, YVR recently leased an airport-owned property south of the BCIT aerospace campus to General Fusion for its new global headquarters, and research and development hub.

Vrooman also shared new emerging ideas the airport is working on, which would also complement its increased focus on being a home to logistics industrial businesses.

She envisions an aviation to marine transportation network that takes advantage of the Fraser River, using barges that would travel up and down the river to reach industrial lands, and potentially the rail hub in Mission. This would enable certain cargo to bypass congested roads.

“We’re in consultation with the Port of Vancouver in particular on how to complement their activities,” said Vrooman.

“We’re trying to do our part by creating a multi-modal hub, and not just an aviation hub, all the while that we’re very conscious that YVR is at the beginning of the road or the end of the road. All of the transportation to and from YVR occurs through a major metropolitan area, so if we can think creative ways to expand the trade capacity while not adding to ground transportation, congestion, and GHGs, that’s what our plan is really about.”

With that said, she added, YVR’s air cargo is different than what comes from ships, as it tends to be largely health supplies, perishable foods, and other high value goods.

Although passenger traffic continues to be highly depressed, air cargo volumes through YVR have largely rebounded, with Summer 2021 cargo tonnage reaching 83% of 2019 volumes. This is attributed to the surge in online shopping and e-commerce during the pandemic, and a growing proportion of businesses turning to air cargo to avoid lengthy and costly delays by sea voyage shipping.

In October 2021, YVR first announced a $135 million plan to reduce direct airport operations to net zero emissions by 2030. This includes improving the energy efficiency of the terminal building, and transitioning about 200 airside and non-airside vehicles to zero-emission models or greener fuels such as renewable diesel.

This includes installing plug-in technology at gates and other areas of the tarmac, where aircraft can turn off their jet engines while idling, and use clean land-based electricity. This would be similar to the Port of Vancouver’s shore power infrastructure, which allows cargo vessels and cruise ships to shut down their diesel-powered auxiliary engines and rely on land-based electrical power while docked. 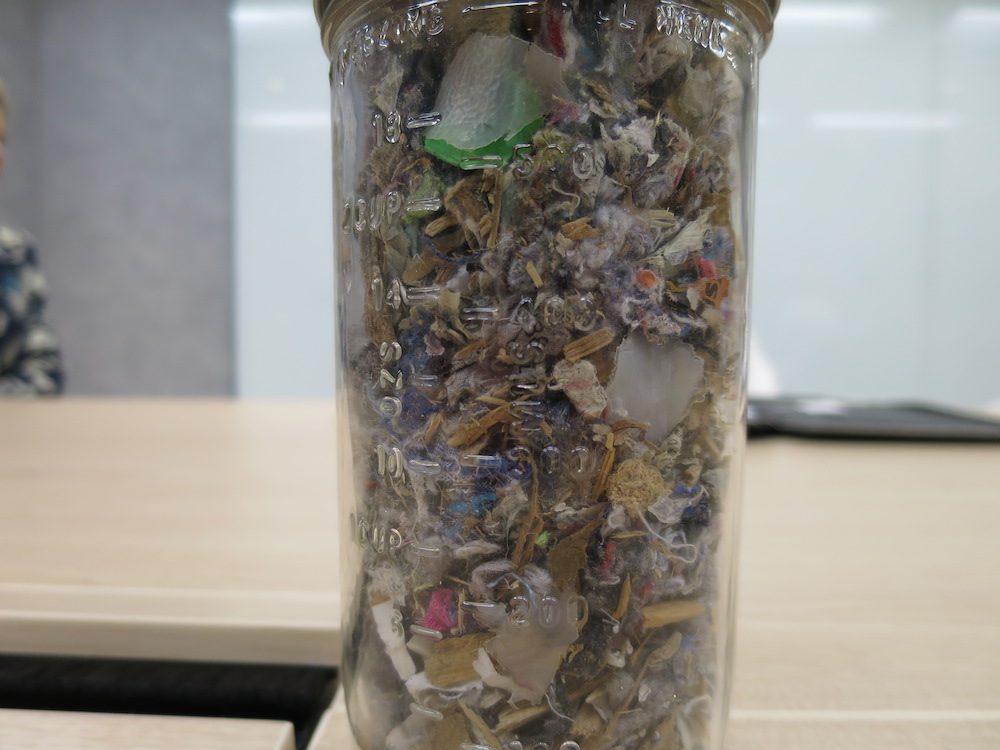 Garbage that is used to make biofuels for Cathay Pacific. (Kenneth Chan/Daily Hive)

YVR will also look into introducing and growing the proportion of biofuels that make up the total mix in its jet fuels. Biofuels are lower in emissions than conventional fossil fuel-based jet fuels, but this greener alternative, still in its relative infancy of development, has yet to be widely adopted worldwide.

Prior to the pandemic, Cathay Pacific told Daily Hive Urbanized it was looking to expand its use of renewable fuels at its home base of Hong Kong International Airport. The plan was to mix biofuels — made from a process that turns household garbage into transportation fuels — with regular fossil fuels in the fuel storage tanks starting in the late 2020s.

Revised plans for the future geoexchange

In September 2020, after putting construction a temporary halt since March 2020, YVR made the decision to indefinitely suspend the continued construction of its geoexchange and parkade expansion complex. The construction contract was cancelled as a financial mitigation measure; the airport spent $525 million on the complex prior to the contract’s termination, and several hundred millions dollars more were required to complete it.

The stoppage left uncompleted concrete structures at the site of the former long-term value parking lot — just east of the existing parkade and the Canada Line’s YVR Airport Station. But YVR indicated at the time that construction can be restarted in the future when funding is made available.

In her update to city council, Vrooman hinted construction on the geoexchange — for the heating and cooling needs of the terminal building — will be restarted at some point in the future.

She says the airport authority has been reevaluating their original plans for the geoexchange, with a technical review set to be complete over the coming months. 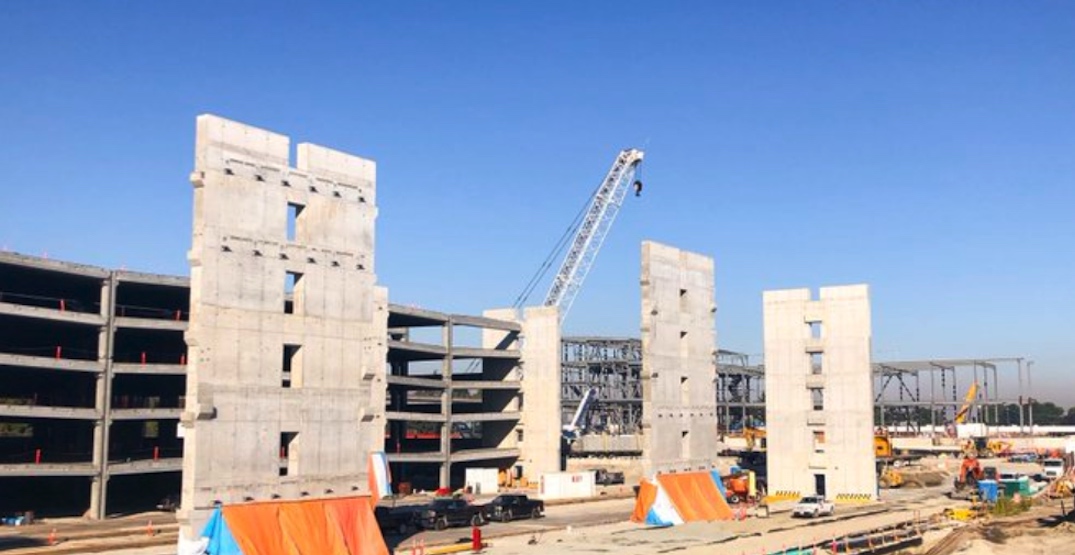 “The wells are dug and the infrastructure is ready to go, but we just want to make sure we’re using the most up to date technology and planning,” said Vrooman, noting that there have been major advancements in geoexchange technology in recent years.

“Battery storage for an industrial operation our size was not available five years ago, but the technology is now available.”