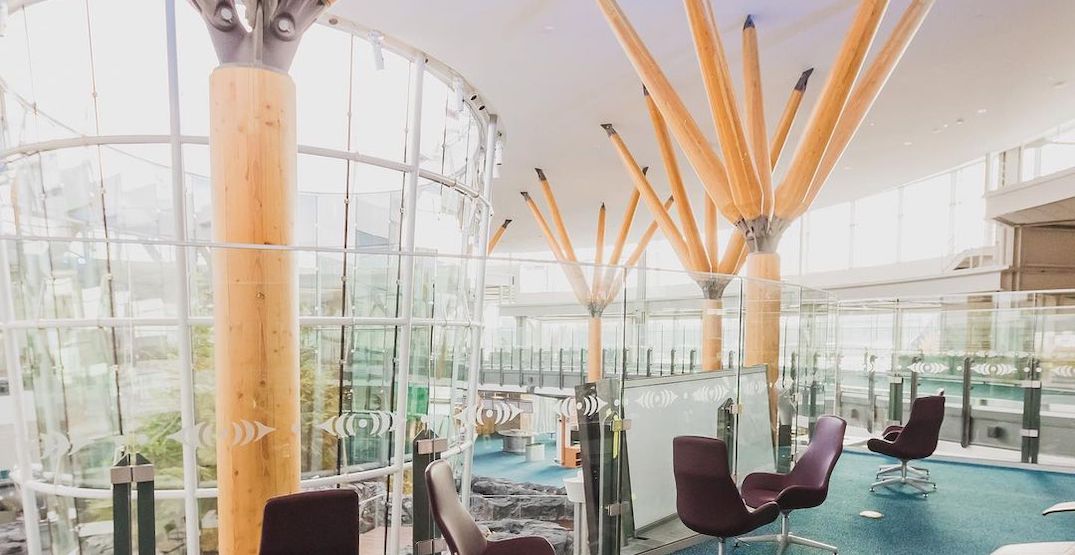 The impact of depressed passenger volumes are reflected in Vancouver International Airport’s (YVR) fiscal performance, as the airport authority is now reporting a $380 million deficit in 2020 — well below the $75.6 million operating surplus it saw in 2019.

The airport has a 50% stake in McArthurGlen YVR Airport Outlet Centre, which saw a year-over-year revenue decrease of $1.5 million to $12.5 million.

About $22 million in the reduction to revenue also came from providing rent relief to Sea Island tenants and operators.

YVR mitigated the bleed by decreasing operating costs from $403 million to $366.5 million, including laying off about a quarter of their staff of more than 500 people, and temporarily closed large sections of the terminal building and consolidated gate operations.

Its annual lease to the federal government for the use of Sea Island decreased from $60 million to $4 million, and it received $15.7 million from the Canada Emergency Wage Subsidy throughout 2020.

In an interview with Daily Hive Urbanized in August 2020, YVR CEO Tamara Vrooman said the airport, which operates as a not-for-profit organization, is in a strong financial position even with lower traffic volumes for the foreseeable future, and they plan on restructuring their financing and extending their debt over a long period.

The financial statements show YVR issued $600 million in debentures in September 2020, and increased its unsecured bank operating line of credit by $150 million to $450 million in December 2020.

Capital projects involving major new construction were also greatly affected to mitigate costs even further. In September 2020, it cancelled the CORE program of constructing anew central utilities building, geo-thermal heating and cooling system, and new parkade, as the additional capacity provided by this ground infrastructure will not be needed for several years due to the decline in air travel.

As of the end of 2020, YVR spent $432 million on the CORE program, with $247 million recognized as a write-down. Half-built concrete structures span the construction site, immediately east of the parkade and Canada Line’s YVR Airport Station, but these projects can resume in the future with the reinfusion of hundreds of millions of dollars to restart construction.

However, YVR completed the Pier D international terminal building expansion in January 2021, which was originally scheduled to open in June 2020, but construction was suspended between March and August as a mitigation measure. The expansion is not expected to see any use until travel demand sees a resurgence.

Passenger volumes have trended lower in recent months from the spike in coronavirus cases in Canada, and the federal government’s new hotel quarantine requirements for international trips.