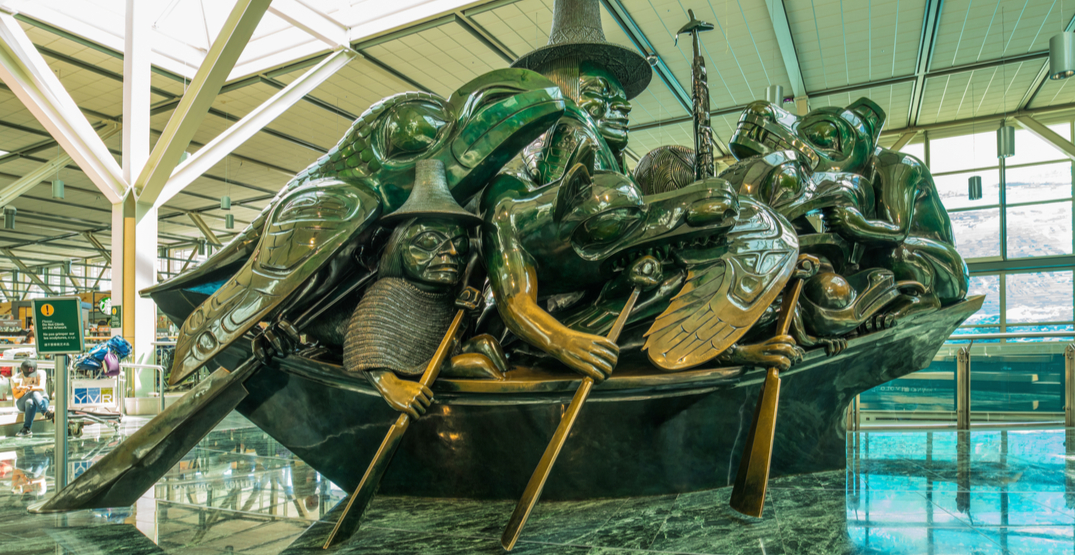 A prominent art installation at Vancouver International Airport (YVR) was recently featured as a clue on Jeopardy.

Under the topic “Airport Attractions,” the $600 clue contained a picture familiar to many YVR travellers, along with Alex Trebek offering this description: “The Spirit of Haida Gwaii: The Jade Canoe, greets you at this airport serving the most populous city in British Columbia.”

And it was contestant John Cuevas, from California, who correctly guessed Vancouver.

YVR for $600 please, Alex! The Spirit of Haida Gwaii: The Jade Canoe was recently featured on @Jeopardy. Known as the heart of the airport, The Jade Canoe was installed in YVR in 1994 to welcome visitors to British Columbia. pic.twitter.com/deuK8wA5ew

According to YVR, the piece was built by artist Bill Reid, in his studio on Granville Island, and then cast in bronze in 1994 at the Talix Foundry in Beacon, New York. It took him four years to complete the piece (1990 to 1994).

Before coming to the airport in 1996, the canoe was at the Canadian Museum of History. It also appeared on the Canadian $20 bill from 2004 until 2012.