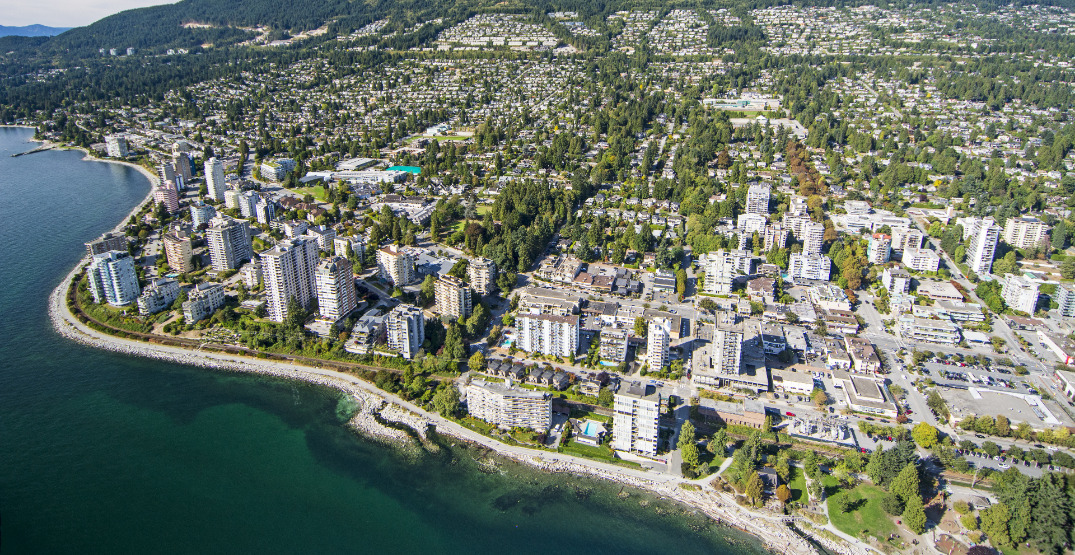 Home prices are expected to fall across the country and as we enter what seems to be a housing market correction, Desjardins has released a report on what the future may look like, including how the market might change in Vancouver.

Like many parts of Canada, people were leaving the Vancouver core to find cheaper housing outside of the city.

According to the BCREA, while home prices have increased across the province, they’ve increased most in places like northern BC, Chilliwack, Kamloops, Powell River, and Vancouver Island.

Desjardins suggests that what comes up must come down and that a housing market correction is likely underway.

Desjardins cautions not to panic and says that the drop in prices won’t amount to an all-out collapse. Other interesting insights were shared in its Canadian Residential Real Estate Outlook.

There was a rush of people trying to get their purchases in prior to the National Bank of Canada hiking interest rates.

“Borrowing costs quickly took the wind out of the sails of the Canadian housing market,” reads the report. 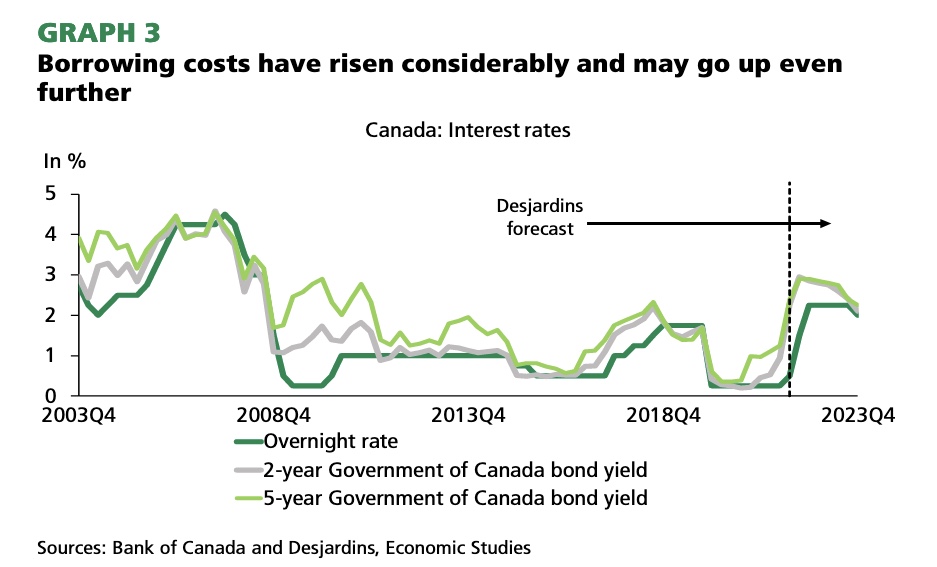 In BC, home prices are expected to fall by about 15% by the end of 2023. Still, prices will not be falling as much as they rose during the pandemic. 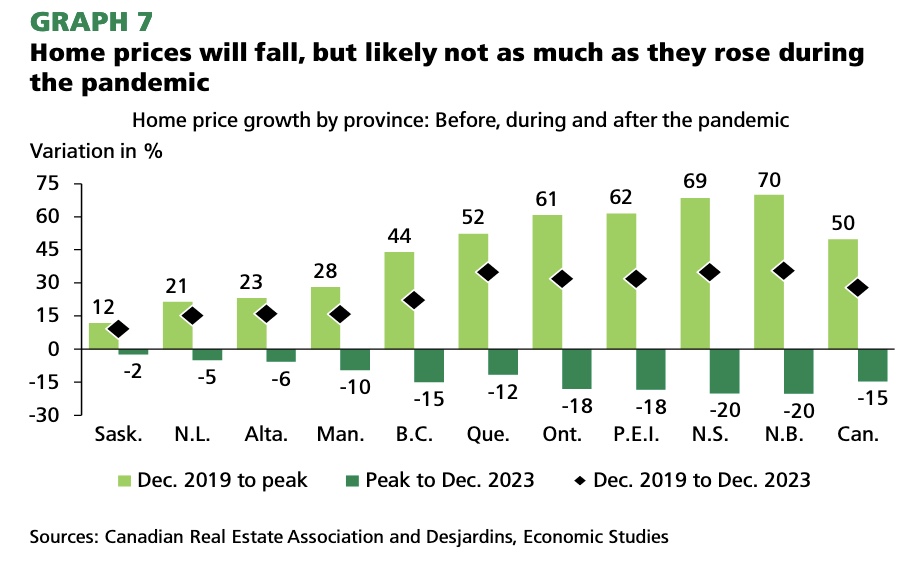 One thing working in Vancouver’s favour is renewed international immigration. The report suggests that immigration should limit how hard the correction will hit.

Interprovincial migration has also played a part over the last decade, though it hasn’t impacted BC quite as drastically as other provinces. 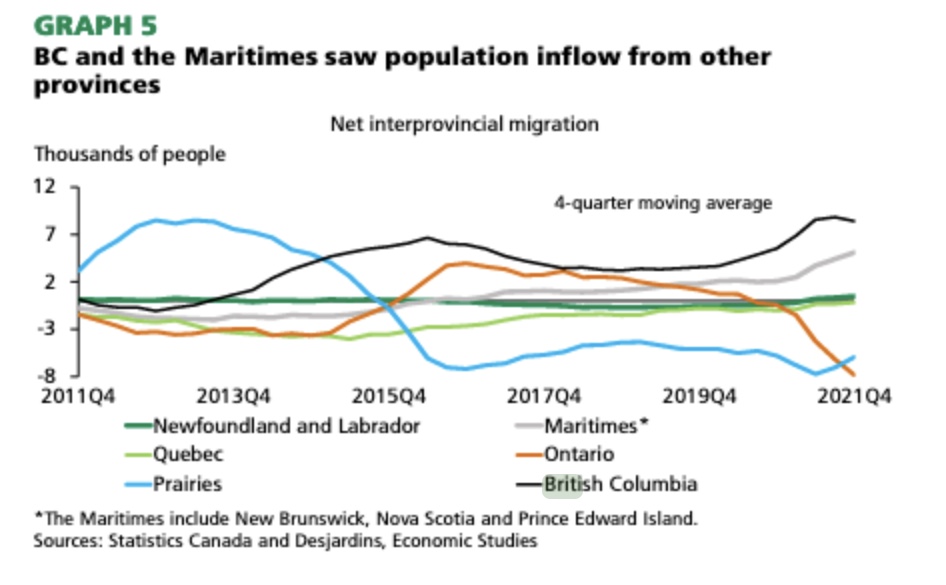 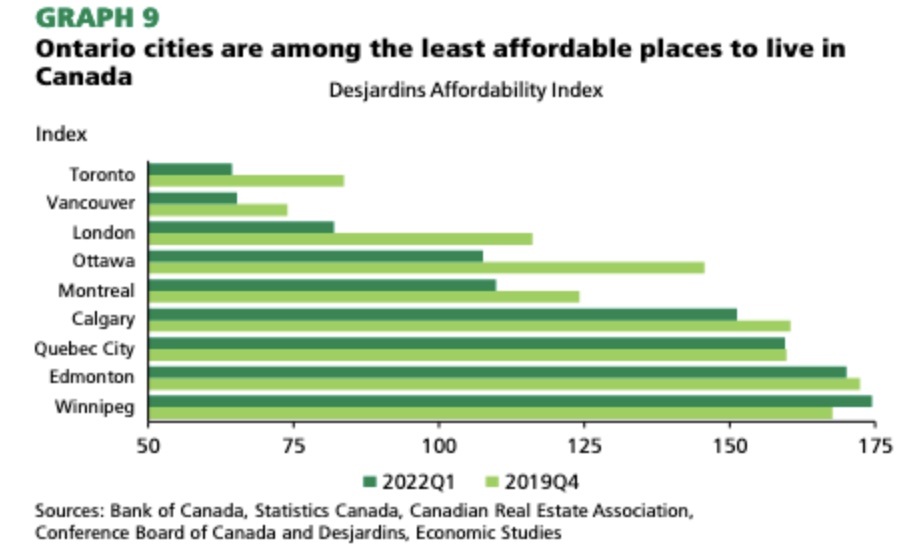 Every province will see a different trend, but Desjardins suggests that the provinces that saw the biggest price gains during the pandemic will see the largest corrections. It doesn’t expect prices to fall below pre-COVID levels.

“While two months of data don’t make a trend, we believe they do suggest that the Canadian housing market has reached an inflection point.”