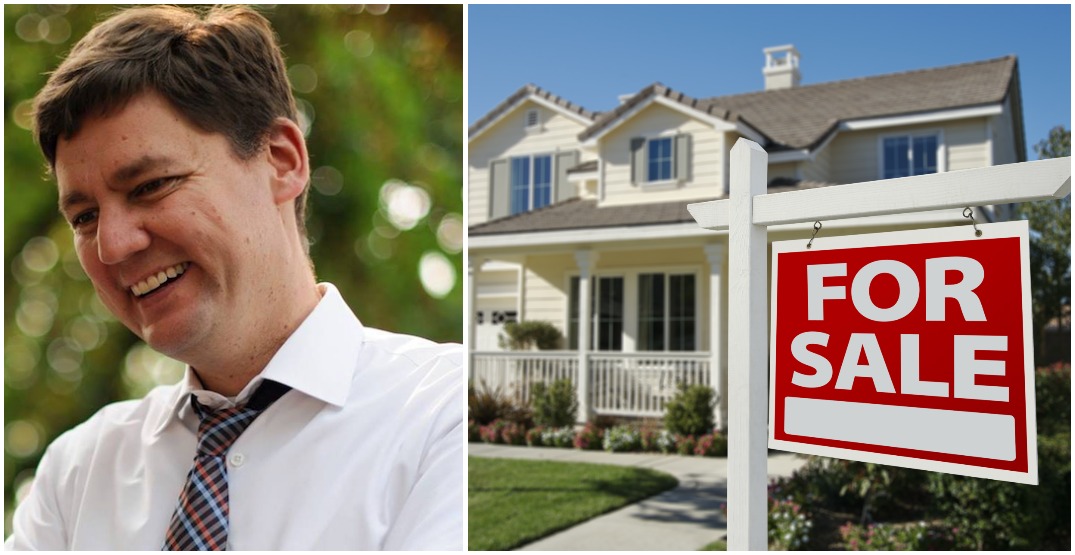 British Columbia’s red hot housing market continues to skyrocket, with the latest statistics showing the average value of a home in BC is up 40 per cent since the COVID-19 pandemic began more than two years ago, and rents in Metro Vancouver rose 23 per cent in February from the same time last year.

Premier John Horgan’s government has promised to tackle housing affordability in two election campaigns, and has a 10-year plan to build 114,000 affordable units, but so far it has failed to curb prices.

Housing Minister David Eby has said he’ll reform the municipal approval process for housing construction later this fall, to clear red-tape that prevents some much-needed new condos, apartments and townhomes from being built for years. 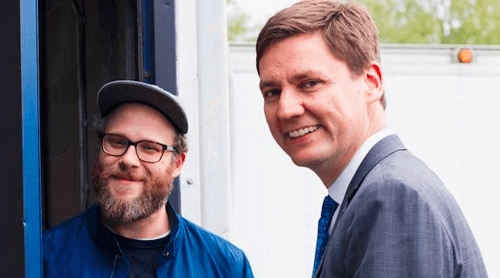 Daily Hive Urbanized sat down with Eby to discuss the housing sector.

You’ve been Minister of Housing now for more than a year, you’ve been studying the issue, what in your mind is causing housing prices to rise so rapidly and housing to be so unaffordable?

Housing is a wicked problem. There are a number of different factors that feed into the price of housing, and that’s everything from the availability of the raw materials, to the labour, to the land, and the population growth versus the number of units and the influence of things like speculation in the housing market when there are shortages.

If I were to name one predominant factor, it’s that British Columbia is seeing currently a 30 year high in migration to our province of people from other countries and other provinces. And that has happened at the exact same time as restrictions in the supply chain and an historical low in the number of MLS listings, as many seniors especially are disinclined to move into communal living settings. So it’s really a perfect storm of factors that is leading to this unaffordability that we’re seeing.

The significant response that government should be making, in my opinion, is to do our best to support the development of as much housing as we can in the circumstances.”

Should government be doing that, building buildings and renting them out to people? Or is this a function of the private sector?

There is a role for government to play to encourage rental housing. The issue, though, that we face in many of these centers in our province right now, is that there’s lots of private sector money that wants to build rental housing. And this is everything from pension funds to insurance companies that want to build purpose built rental housing, because interest rates are low and, and there’s huge demand for rental housing, but they can’t get through municipal processes to get that housing built.

There are lots of examples I can give you. But the predominant theme is that government doesn’t have to build all this housing. And in fact, for many market rental buildings, we don’t even have to create incentive programs. Our incentive programs are aimed at ensuring that the rents are lower when those buildings open. So that’s a good situation to be in. But it’s very frustrating to miss this opportunity to get that housing built by the private sector, because of lengthy approvals processes.

The lengthy municipal approval process, you’ve mentioned it quite a bit in the past. Let’s go through that. What isn’t working there? And how are you proposing to fix that?

There are two parts, I think.

One is that, with this historic growth in the province, there is huge demands placed on municipalities in terms of just the volume of applications that they’re seeing, and with limited staff and many of them have paper based approvals processes, not online processes. They’re just overwhelmed by the job that they have to do in terms of approving the housing that’s necessary and doing their due diligence.

The second factor is more of a political factor, where the voices and community that are already there have a very disproportionate influence compared to the people who don’t live there yet, but who would like to.

So, the immediate neighbors to a new rental building in my own constituency in Vancouver-Point Grey, on 4th Avenue, will spend five days going to a public hearing to say that they don’t think that a five storey rental housing unit building should be built on this major arterial. The people who would like to live in that rental building, and that people who live in who work in the shops and so on, the people who would like to rent there, they don’t actually have a voice in that process until they move in. So politically, especially in a municipal election year, these dynamics are really problematic, where the existing residents’ voices are privileged over those who are commuting long distances are unable to take a job because they can’t find housing.

So how do you untangle that issue municipally? And does it involves overriding municipal powers? This has been reported in the past. And if you do that, don’t you anger the local governments as well?

What I’m particularly interested in is making sure that municipalities are approving enough housing and feel an incentive to approve housing to meet the housing needs that their communities have.

So the province funded housing needs studies for municipalities to go out and do the work about what the housing demand is in our community and what they need to be building so that they’re building the right supply. But unfortunately, these documents don’t have any teeth to them. They don’t have any consequences if you don’t hit those numbers.

That’s the challenge that we face, and there are a number of different mechanisms that we have to get us there. But that on the technical side, those are contained in the Development Approvals Process Review report around municipalities being overwhelmed just by the paper-based technical process that they have to go through. And on the incentive side, we have the Opening Doors report, which was a joint provincial federal report, that looks at how do we encourage municipalities to approve more housing.

How big a problem do you think speculators and investors are in the housing affordability issue?

Well, I think they’re a significant issue. And it’s going to get worse unless we address some of the scarcity around housing. So when there is a shortage in supply of anything from concert tickets to fine art to housing units, it will attract people who are looking to buy and flip properties. And so obviously, Canada and many parts of British Columbia have become attractive to speculators and corporations.

Some of this investment is problematic. We see REITs (Real Estate Investment Trusts), for example, to get a favourable tax treatment, investing in buildings on the basis that they can increase the rents on people, and speculators buying and flipping properties. We understand the federal government is looking at both the tax treatment of REITs and the possibility of a flipping tax. We have put in place infrastructure around presale condos to track who is buying them and who is selling them. So any provincial action would happen through the Ministry of Finance is collecting that information.

When you get right down to it, ultimately, a lot of this investment is driven by the fact that you can rent out housing at very high rates because of the shortage of rental housing.

What about taxing investors and speculators?

The data from the federal government says that they believe about 20 per cent of the properties currently are being purchased for the purposes of investment and that they are looking at a tax.

On flipping, there have been proposals from people, surprisingly, like Bob Rennie, that we should be putting a tax in place based on how long people hold properties for. It’s one of the tools that we’ve used before in the speculation and vacancy tax where someone buys a home and keeps it vacant. So it’s certainly one of the policy tools that we have used in the past and we’re prepared to use again.

Final question. We’re having the same conversation a year from now. What do you need to have seen happen in the housing market for you to be convinced you’re making an impact or being successful in your policies?

The challenge with housing policy is the long lag time and the change in policy and the impact.

So one of the examples that my colleague used in the legislature was the nurse who’s on duty and misses a medication, and then someone else comes on and they are facing a patient that’s in medical distress. It’s very much how I feel about the state of the housing market in British Columbia. And so I know that some of the changes that we’re going to put in place will be the benefits will be realized in two or three years.

What I’ll be looking for in the short term, one year result is that we have done a good job of increasing the availability of units that are aren’t being used for things like short term rentals are artificially restricted in one way or another from being rented. And that we’ve laid the groundwork for encouraging and supporting municipalities to approve more housing, especially rental housing, in areas where we’re in housing crisis.