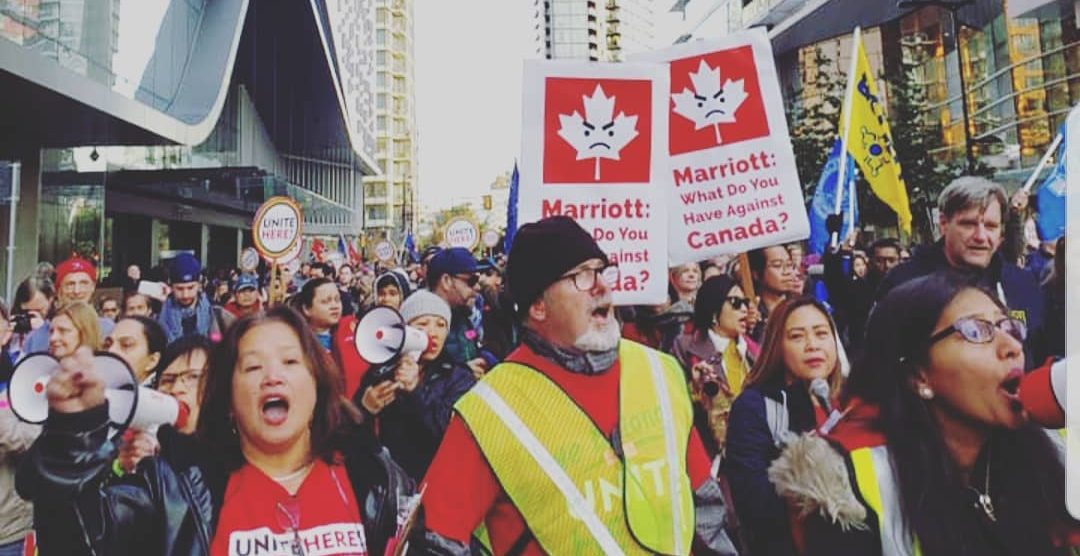 After the union representing workers at four downtown Vancouver hotels launched an “indefinite” worker strike last month, a spokesperson for the union said on Tuesday that a tentative agreement has now been reached with some of them.

Around the same time, hotel workers from the Hyatt Regency, Westin Bayshore, and Pinnacle Harbourfront hotels, represented by UNITE HERE Local 40, walked off the job.

The strike action by the workers – which includes room attendants, chefs, front desk agents, and other staff – is the first in almost two decades, the union said.

“Our strike has made the changes we need in the hotel industry,” said Teresita Gonzales, a room attendant supervisor at the Pinnacle Harbourfront hotel said.

Over the Thanksgiving weekend, federal NDP Leader Jagmeet Singh visited the striking workers for a lunch-hour meet-and-greet on Monday.