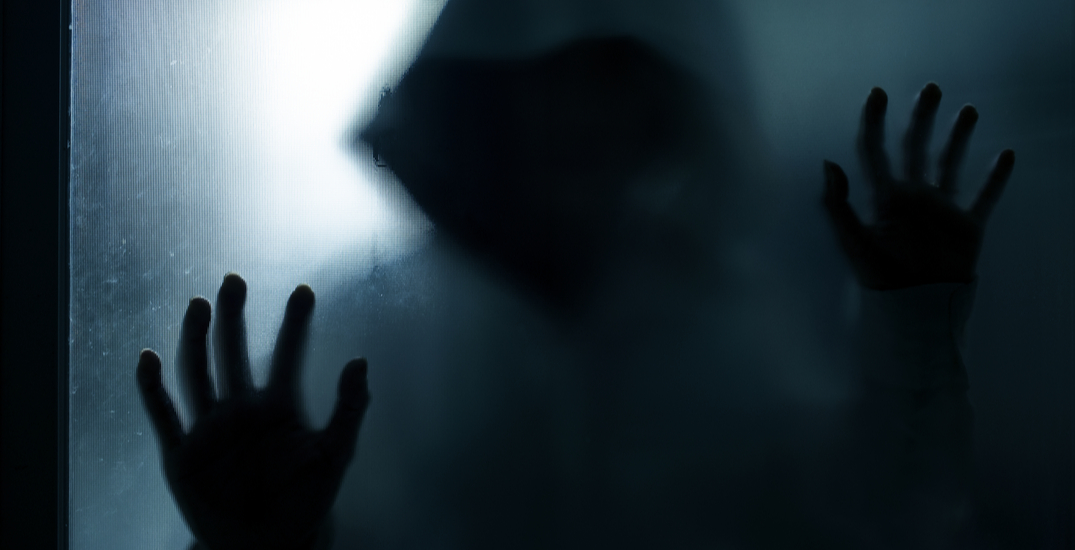 The Vancouver Horror Show Film Festival (VHS), set to take place from October 20 to 26 for its third iteration, will be tripling its programming this year.

As it transitions onto a digital platform, the beloved local festival will be run via TicketSpice to launch you into the spookiest time of the year. Though the pivot to online programming was necessary given COVID-19, the festival’s director, David Taylor, sees it as an opportunity to open programming up to the world, because “for the first time ever, the Vancouver Horror Show can be attended by anyone, anywhere.”

The online platform has paved the way to a new series for Vancouver Horror Show: The Screenplay Table Read Series. VHS is collaborating with co-directors Tomer Adorian and Alison Preece from The Poet Acts Theatre Company in New York City to bring this programming extension to life. Festival attendees will be invited to a live table reading on Zoom to get an inside look at how production moves from page to stage, and professional actors will also be doing a reading of a few selected screenplays under the direction of Adorian.

The 2020 lineup includes 42 short films from 13 countries. More than half of the programming will be composed of Canadian-made projects, and each program will be followed by a filmmaker Q&A session. The full festival lineup is available at vancouverhorrorshow.com. 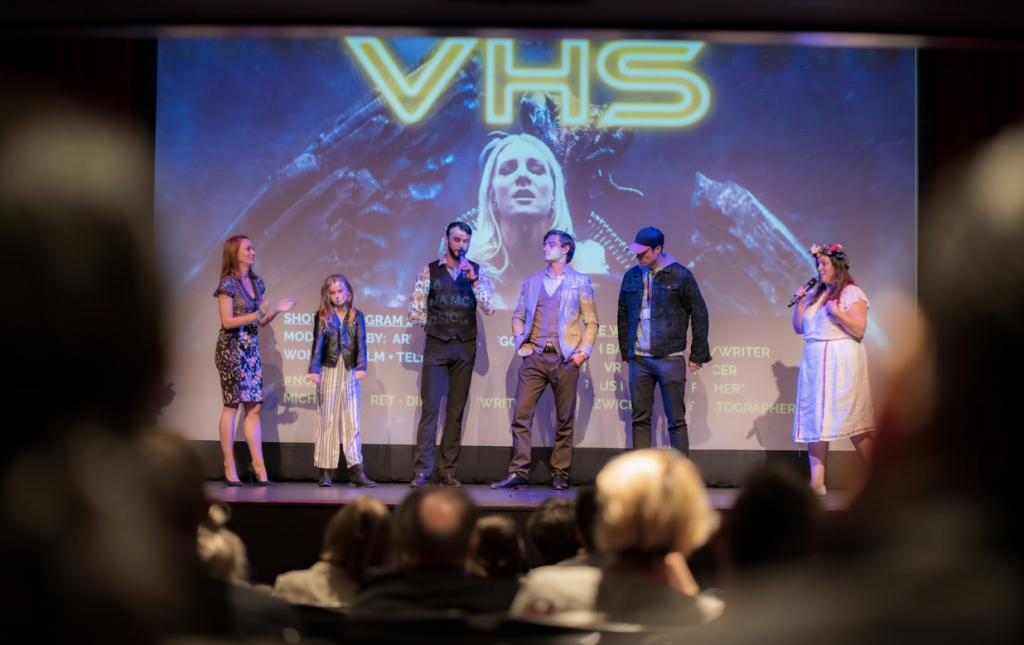 VHS 2019 filmmaker Q&A session from Dance With A Demon

Here are a few of the feature-length films this year, all of which stream at 9 pm PT on their respective dates.

The first is Killer Therapy, which screens on Wednesday, October 21. This story follows a child with sociopathic tendencies finding his place with a father who doesn’t love him, a mother unconvinced of his violent nature, and a newly adopted sister who he believes is there to replace him. This film explores the ramifications of compounded childhood trauma, and the sad truth that despite intentions, we may end up doing more harm than good.

Ten Minutes to Midnight (USA) from Erik Bloomquist is making its Canadian premiere on Friday, October 23. Caroline Williams returns to the DJ booth and plays Amy Marlowe, a veteran late-night radio host on the eve of a violent hurricane, with a sudden thirst for blood after being bitten by a rabid bat. Williams is joined by Nicole Kang and the late Nicholas Tucci in one of his final roles. 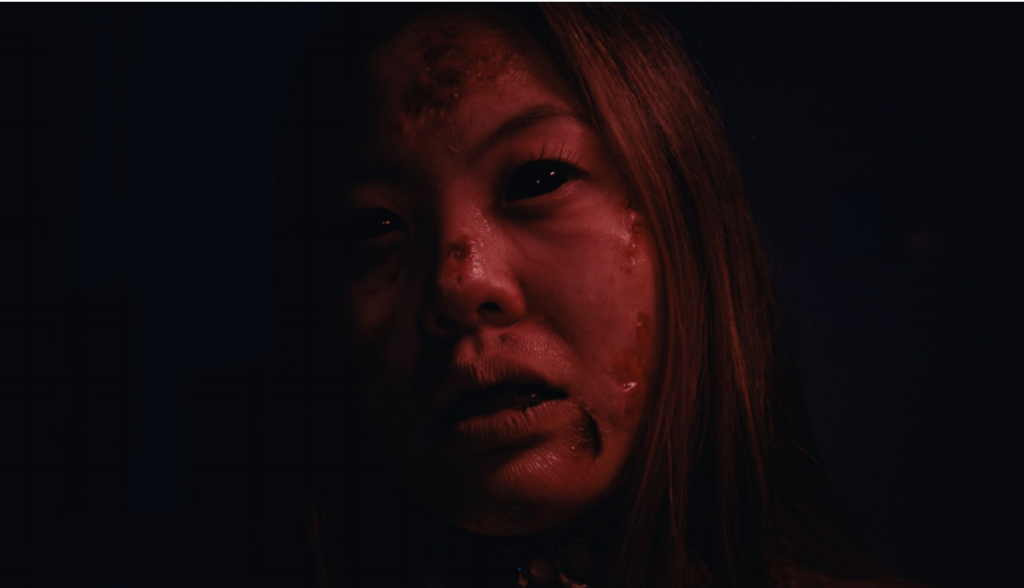 Also making its Canadian debut at VHS 2020 is Bad Candy (USA) from Scott Hansen and Desiree Connell. This is a fresh Halloween horror anthology starring Zach Galligan and Corey Taylor. Five interwoven tales of the supernatural are connected through a narrative by Taylor and Galligan’s Psychotronic FM Radio hosts “Chilly Billy” and “Paul.” Both terrifying and fun, Bad Candy screens on Saturday, October 24. Viewer discretion is strongly advised. 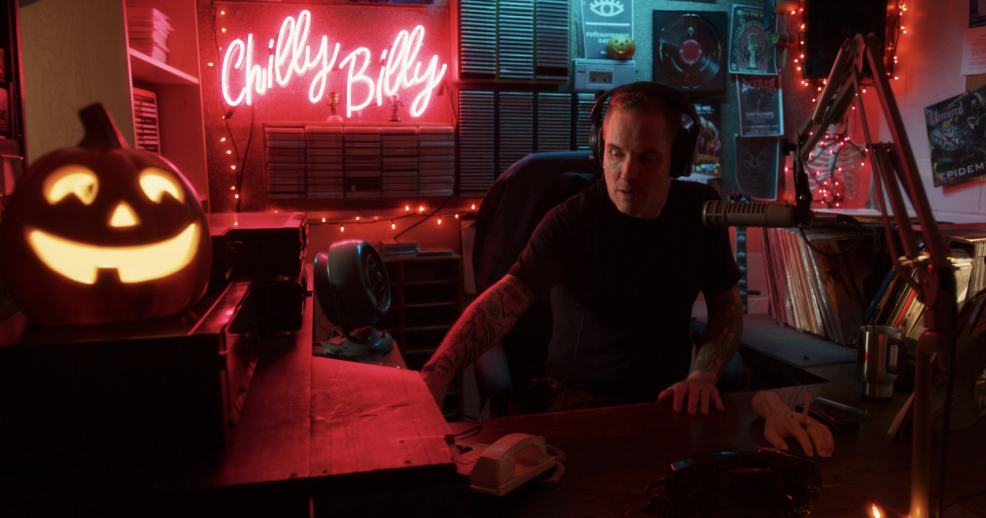 Corey Taylor from his band Slipknot

The Unfamiliar (UK), screening on Sunday, October 25, is a supernatural thriller that follows a British army doctor’s return home after the war by writers Jennifer Nicole Stang and Henk Pretorius. Are the doctor’s hallucinations a result of PTSD, or something more sinister? The film boasts loads of scares and beautiful cinematography.

Viewers will have a chance to contribute to an audience choice award powered by FestiVote and test their mettle with a nightly trivia about each program following the screenings.