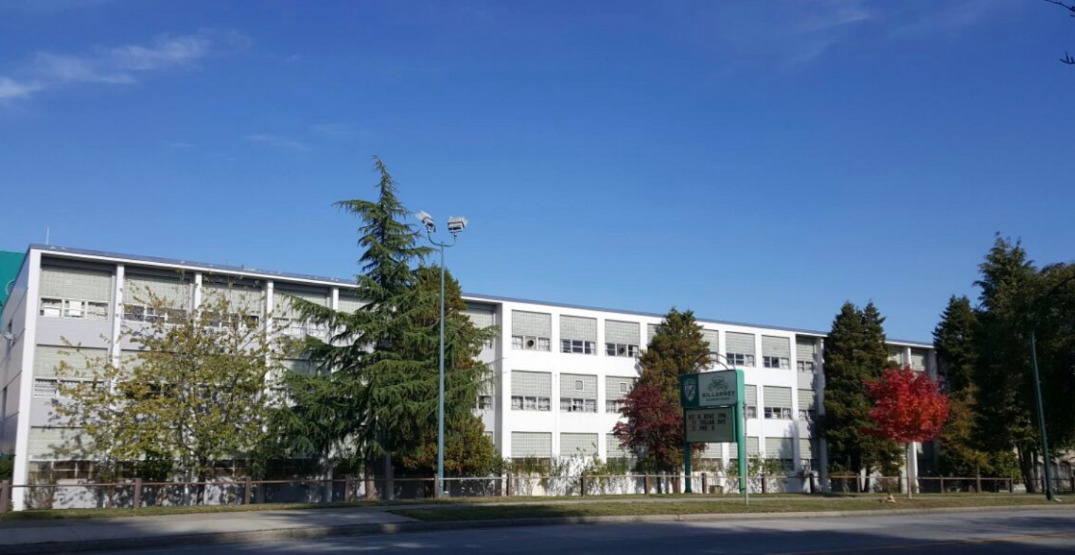 A Vancouver high school was on lockdown on Thursday after there were reports of a person with a weapon, and police have revealed the results of their investigation.

Reports suggested that the weapon was an axe, and police confirmed that was true. However, it also turns out that the axe was just a prop for a school project.

Today, Vancouver Police are applauding the quick thinking and cooperation of high school staff and students at Killarney Secondary School who believed that the situation was an active threat.

“Our VPD investigators have determined that an axe seen yesterday at Killarney Secondary was a prop being carried by a student for a school project.”

The initial report of a lockdown at the school was shared by the Vancouver Police on Twitter. The VPD Emergency Response Team was en route to Killarney at around 10:40 am on Thursday morning. Officers were on scene, conducting a room-by-room search of the school. Police also reported that there were no injuries.

VPD Emergency Response Team is en route to Killarney Secondary for reports of a person with a weapon in the school. Police are on scene and searching the school now. No known injuries at this time. School is on lockdown.

More info to come as it is made available.

Police declared an end to the lockdown at around noon, but police continued to investigate after that. They were not able to locate a suspect.

Fears at Killarney Secondary School were heightened due to the fact that just a day before the lockdown, the entire school was evacuated after a bear spray incident. Dozens of staff and students were contaminated as a result.

Hopefully, both staff and students can breathe a sigh of relief heading into the weekend.