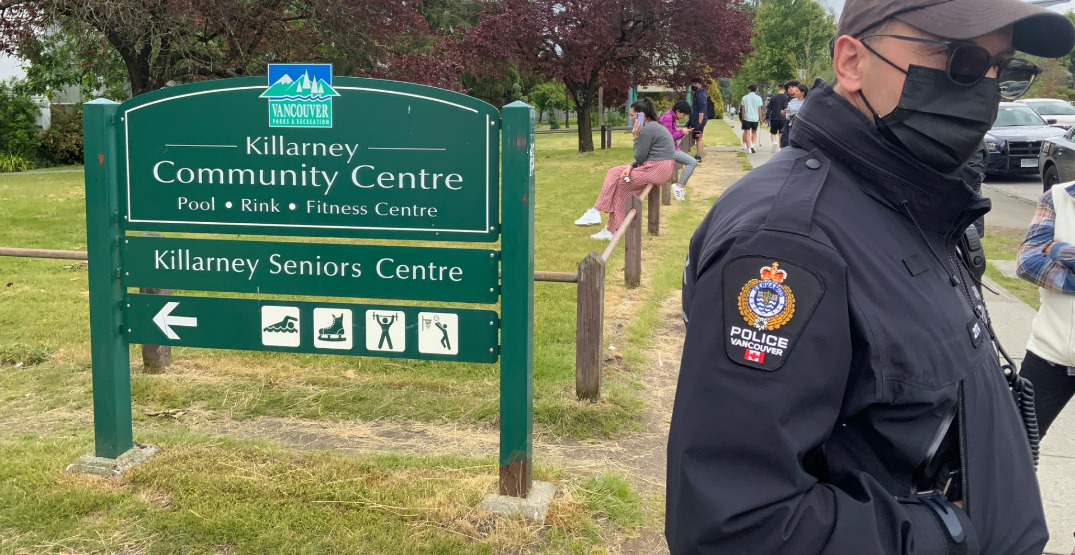 Vancouver Police tweeted that the Emergency Response Team has completed their search.

The lockdown at Killarney Secondary School has been lifted, and police are reporting no injuries at this time. Police were not able to locate a suspect, but are continuing to investigate.

Update: Our Emergency Response Team has concluded the search of Killarney Secondary. The lockdown is now over. There are no injuries and no suspect has been located. We are continuing to investigate. pic.twitter.com/zaddOsjW6S

Just one day after the entire school was evacuated because of a bear spray attack, Killarney Secondary School in East Vancouver has been placed on lockdown.

Vancouver Police shared the news in a tweet, stating that the VPD Emergency Response Team is en route to the high school after reports of a person with a weapon in the school.

Police went on to say that there are no known injuries at this time, and that more info is to come when it’s available.

Daily Hive spoke to an employee at Killarney Secondary School who suggested that the weapon is an axe. A Twitter user also responded to the VPD tweet suggesting the same.

Police have not yet confirmed this detail.

We learned just yesterday that dozens of staff and students were contaminated in a bear spray attack that forced the school to be evacuated. Investigators said that the suspects were two teenagers who did not attend the school.

It is not known if the two incidents are related.

VPD Emergency Response Team is en route to Killarney Secondary for reports of a person with a weapon in the school. Police are on scene and searching the school now. No known injuries at this time. School is on lockdown.

More info to come as it is made available.

VPD officers are conducting a room-by-room search of Killarney Secondary.

There are no known injuries and we continue to search for a suspect.