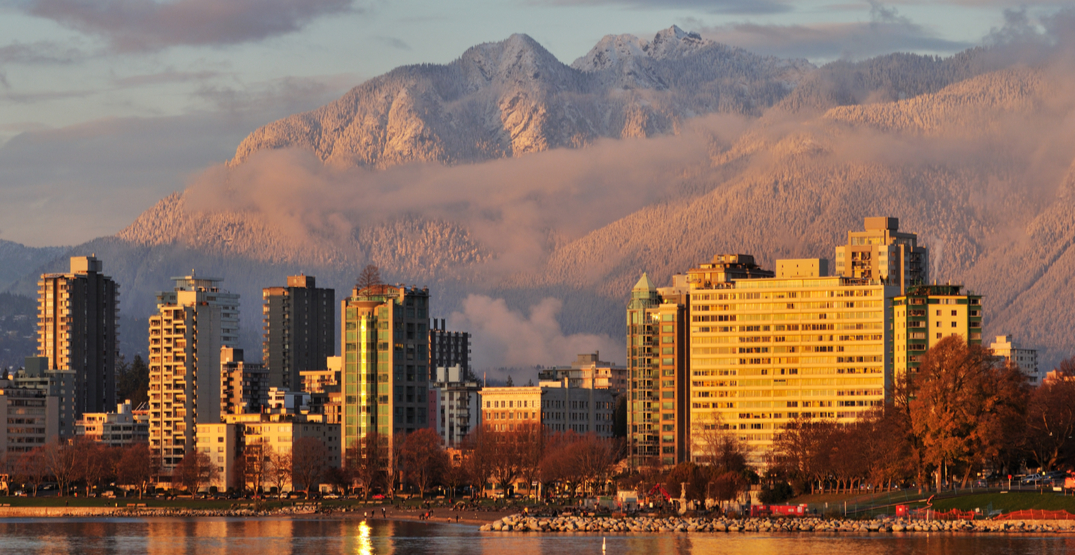 First of all, let’s be clear, the City of Vancouver has made immense strides over the last nine years when it set foot on its goal of becoming the “greenest city in the world by 2020.”

That was the much-touted goal established by former Vancouver mayor Gregor Robertson and his Vision Vancouver Party, which launched the Greenest City 2020 Action Plan in 2011.

While nearly all of the 10 target areas have seen net improvements over their established baseline of comparison, which on their own are worthy achievements, the city is set to fall short of its own precise goals in many areas.

Despite population and employment growth over the past decade, Vancouver’s community-based greenhouse gas emissions have fallen by 12%, as of the July 2019 update provided by city staff.

But the 2020 goal was to reduce emissions by 33% — and it is obviously highly unlikely the city filled that double-digit gap in the past year.

The plan called for the requirement of all buildings constructed from 2020 onward to be carbon neutral in operations, but the change in the baseline so far is 43%. As well, building energy use and greenhouse gas emissions in existing buildings should fall by 20% over 2007 levels; however, so far the drop is 11%.

Improvements were seen with reducing total solid waste going to the landfill or incinerator, with a 28% reduction over the baseline — short of the goal of 50%. Further improvements can be expected from the recent enactment of the first components of the new policies seeking to reduce single-use items.

It restored and enhanced 26 hectares of natural areas since 2010, exceeding the goal of 25 hectares.

With its own operations, the municipal government has exceeded its goal of reducing its own greenhouse gas emissions by 50%.

But not all goals are equal; the single most vital goal is green transportation.

Based on 2018 survey results, the city has exceeded its target of making the majority of trips by walking, cycling, and public transit by 2020, with a 13% gain over the 40% baseline of 2008. Overall, city residents had an all-time low for automobile trips, while the share of those who walked increased from 25.1% to 28.5% compared to 2017.

The area with the lowest walking mode share was the southeast quadrant of the city at just 2%.

The mode share in 2018 for cycling is hovering at 7% — up from 4% in 2013. According to survey respondents, interest in biking is two times higher during fair weather conditions than cold and wet conditions.

The transit mode share amongst city residents is relatively high at 17% as of 2018, and certainly the highest in the region.

Overall, the vast majority of Vancouver residents regularly travelled within the city; about 77% of trips originate and end within city boundaries.

But without considering regionality by accounting the behaviour of regional residents, these city resident-centric performance levels do not accurately reflect the City of Vancouver’s true “greenness.”

To its credit, in an update on the action plan in 2015, the city stated it “cannot act unilaterally on climate change. It is imperative to ensure that, as a region, municipalities and businesses have access to the funding they need to mitigate or adapt to climate change.”

The city also notes it will be an advocate in a multitude of areas that are not within its jurisdiction.

And also to its credit, the city has successfully advocated for a continuous SkyTrain extension of the Millennium Line reaching Arbutus Street — it fought for a regional transportation solution against a vocal minority who argued for streetcar. City council in early 2019 also supported city staff’s recommendation of supporting a SkyTrain extension all the way to UBC.

But the city can still do far better by catalyzing housing at a regional scale — by providing more options to existing residents of suburban cities to live closer to where they go to school and work, instead of forcing long commutes whether it be by car or transit.

As the survey results show, the vast majority of city residents already travel relatively short distances, as they do not have to leave city boundaries. However, with many other residents elsewhere in the region, not so much.

It takes the entire region to support the regional institutions, businesses, and employment opportunities that are centralized within Vancouver, specifically downtown Vancouver and the Central Broadway Corridor. Increasingly, it appears the City of Vancouver has taken for granted its position at the top of the hierarchy in the region, and the critical mass catchment that extends beyond its jurisdiction that is needed to support the city’s vitality.

With the epicentre of the region’s housing-affordability crisis situated in Vancouver, there is now a shift in people moving east and south into the suburban cities, where housing is more affordable. This is particularly the case for young professionals, especially those looking to begin a family.

Commutes into the city, where there is a concentration of opportunities, are not only longer, but these regional residents outside Vancouver’s boundaries are also far more likely to depend on a private automobile to get around.

When it comes to tackling green initiatives with a regional lens, some of this is clearly out of Vancouver’s control. Public transit is very much regulated and planned regionally, as it should be, and dependent on financial contributions from the federal and provincial governments.

The federal and provincial governments also need to take the lead on building affordable housing for low-income residents not only in Vancouver but also across the region, as municipal governments alone do not have the capacity to take this on their own, which is increasingly apparent as a downloaded responsibility to local governments.

But municipal governments absolutely have the power to help catalyze housing for middle-class, working individuals and their families through transit-oriented densification — next to stations on multibillion-dollar SkyTrain lines, and near frequent bus services.

Vancouver only needs to compare what it will allow for transit-oriented developments next to stations such as Langara-49th Avenue, King Edward, and Commercial-Broadway — the junction of two SkyTrain lines — and the surreal level of density permitted by Burnaby and Coquitlam for their stations, specifically Gilmore, Brentwood Town Centre, Lougheed Town Centre, and Burquitlam.

Such clusters of density also further support the objectives of increasing the mode shares of walking and cycling.

Candidly and effectively addressing housing affordability and generating new economic opportunities would also free up disposable income for residents to redirect towards making healthier and greener food and lifestyle choices, which generally come at a premium.

The pursuit to achieve a green future also starts with covering the absolute basics, specifically keeping public streets clean and free of garbage.

This ranking takes into account a trio of well-rounded, broad range of considerations that are important to the functioning health and vitality of a society.

Vancouver ranks 46th for social mobility, quality of opportunity, and life, and 30th for business environment and economic performance.

With considerations to the environment, including management of energy use, pollution, and the effectiveness of transportation infrastructure, Vancouver ranks 17th — behind Montreal (#10), Ottawa (#13), and Toronto (#14). And these cities did not even need the “greenest city” moniker.