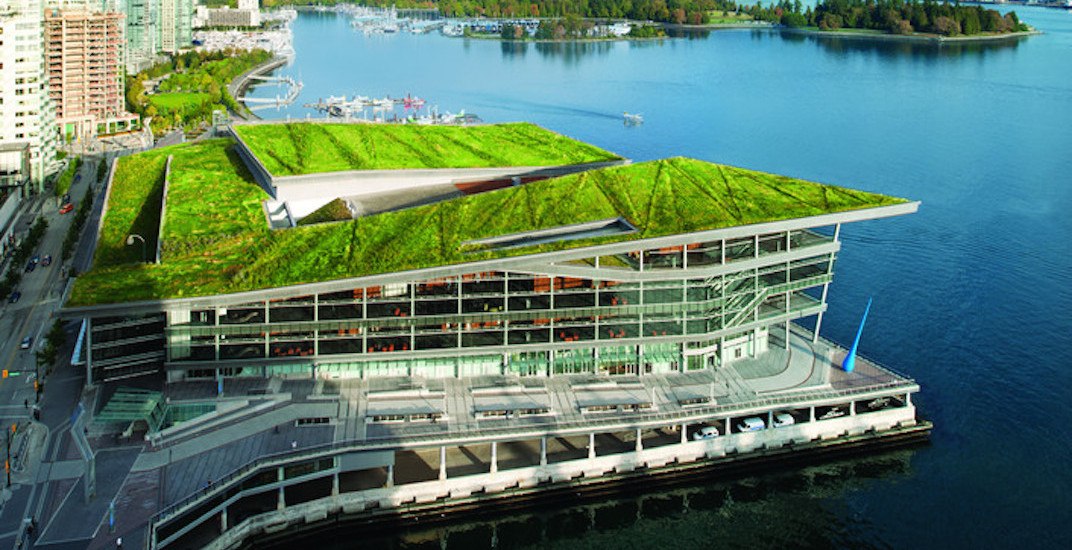 New major developments within the City of Vancouver could be required to incorporate green roofs.

A motion proposed by Green Party Councillor Adriane Carr and seconded by Mayor Gregor Robertson calling for City staff to create a draft policy for future consideration was unanimously approved by City Council on Thursday.

As part of the municipal government’s Rain City Strategy, it would require all new commercial, institutional, industrial, and multi-family residential developments to construct green roofs and provide “maximum opportunity” for green roofs in existing buildings.

“They provide a more natural visual aesthetic for residents and workers in multi-storey buildings looking down on the roofs of other buildings, an increasingly common reality for many Vancouverites.”

Such roof designs also provide opportunities for urban agriculture, support biodiversity, and provide urban habitat for wildlife, including birds and pollinating insects such as bees and butterflies.

While green roofs are more expensive to construct, they are said to reduce heating and cooling costs and extend the lifespan of a roof by double or triple the time compared to a conventional roof design.

It will also help reduce the need for municipal governments to invest in expanded stormwater runoff infrastructure.

According to Carr, cities in Toronto, San Francisco, and Copenhagen already require green roofs for the same types of new developments.

A draft policy is expected to return after the civic election.