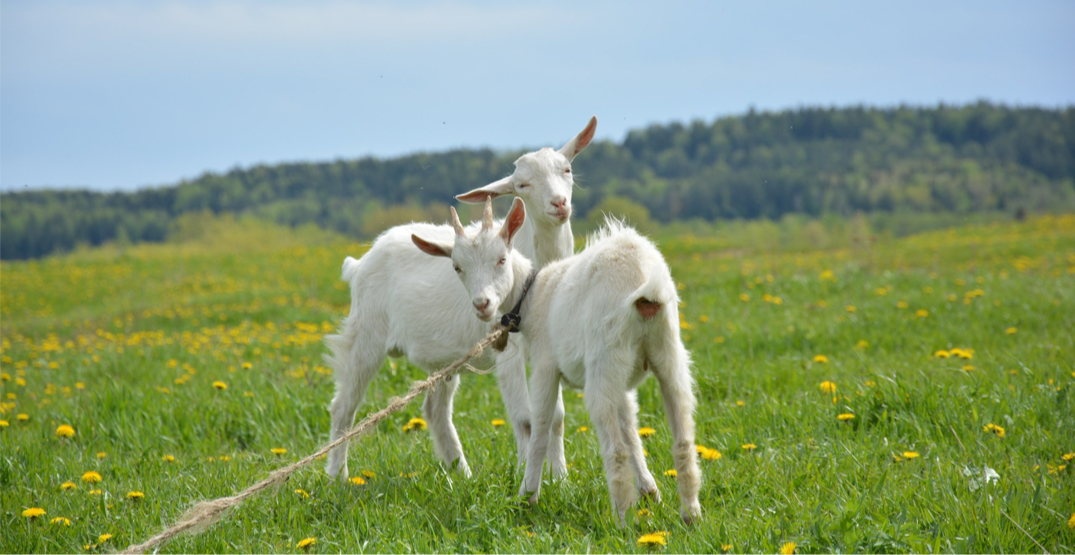 A Metro Vancouver property was just a few goats shy of a full farm.

So, how many goats does it take? According to a recent decision by the BC Property Assessment Appeal Board, there is such a thing as a minimum goat requirement for being a farm – six to eight goats per acre of land.

A property at 16684 52 Avenue in Surrey failed to meet the standard. While this parcel of land has a history of being designated as a farm, it was classified as a residential property once a farm tenant stopped farming.

Currently, the property has an assessed value of $1,407,000 and owners have been butting heads trying to get the property designated as farmland again.

Farms are often assessed at a much lower price than residential properties. Because property taxes are based on assessed value, often in BC, you can pay fewer taxes on farmland than if it were designated as residential.

In November 2019, an application was filed that stated the land would become a farm operation with livestock, goats, and crops. At that time, the property was not approved as farm class, but they gave them some time to get the farm up and running.

But then, after a couple of inspections, it seemed like the property was “growing wild with native vegetation” and the assessor saw some goats on the farm.

Unfortunately, the four goats were “not a sufficient number of goats” to justify the designation.

“The income requirement of $10,000 for a farm of less than two acres was not met. The existence of four goats and a number of chickens would not meet that requirement,” reads the decision.

Ultimately, the decision was that the property was not a farm and would remain classified as a residential property for 2021.