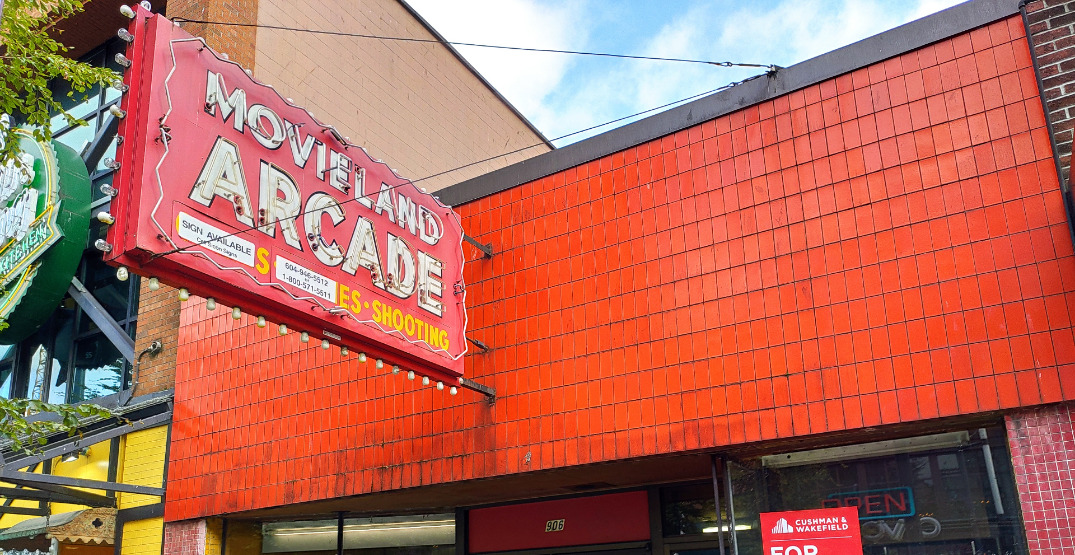 Chances are you’ve passed right under the Movieland Arcade neon sign while walking along Granville Street near Smithe in downtown Vancouver.

The rich history attached to this building is almost as legendary as the sign itself.

Movieland Arcade was part of an era when neon signs dominated the streets of Vancouver, along with pinball arcades and peepshows.

The arcade itself once served as a peepshow destination, where you could get your thrills for 25 cents. It was one of the last places you could catch an 8mm adult flick in the city — if not the world.

In recent years, the establishment has operated as one of the last retro arcades in the city, which also seems to be part of a dying breed.

Neon signs and Vancouver have an interesting relationship.

According to the Museum of Vancouver, in the 1950s, Vancouver had almost 20,000 neon signs lighting up city streets. 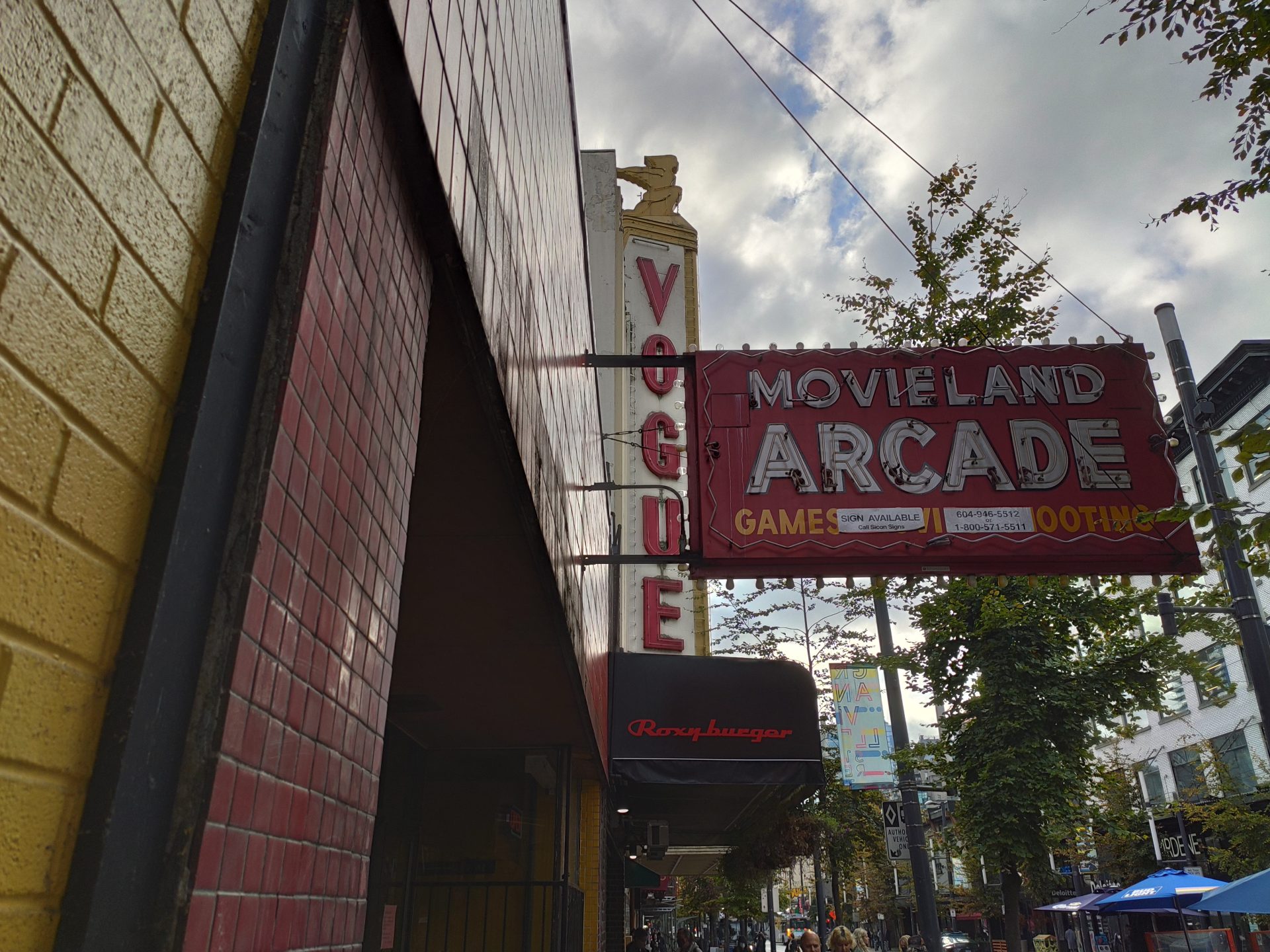 The Movieland Arcade neon sign, which once read “games, movies, shooting,” is now covered with Sicon Signs stickers — the company that owns the classic neon display.

In a conversation with Daily Hive Urbanized, Sicon Signs owner Tim McLean suggested a sign like this, were it ever made available to the public to purchase, could sell for up to $10,000.

That asking price could go up even higher based on demand.

Jack Jung, the owner of Movieland Arcade, opened the shop over 40 years ago.

He is not an easy man to track down.

Arcades have also not seen the same level of popularity that they did in the ’80s and ’90s.

While places like the Rec Room have opened up, they don’t feature many retro titles. 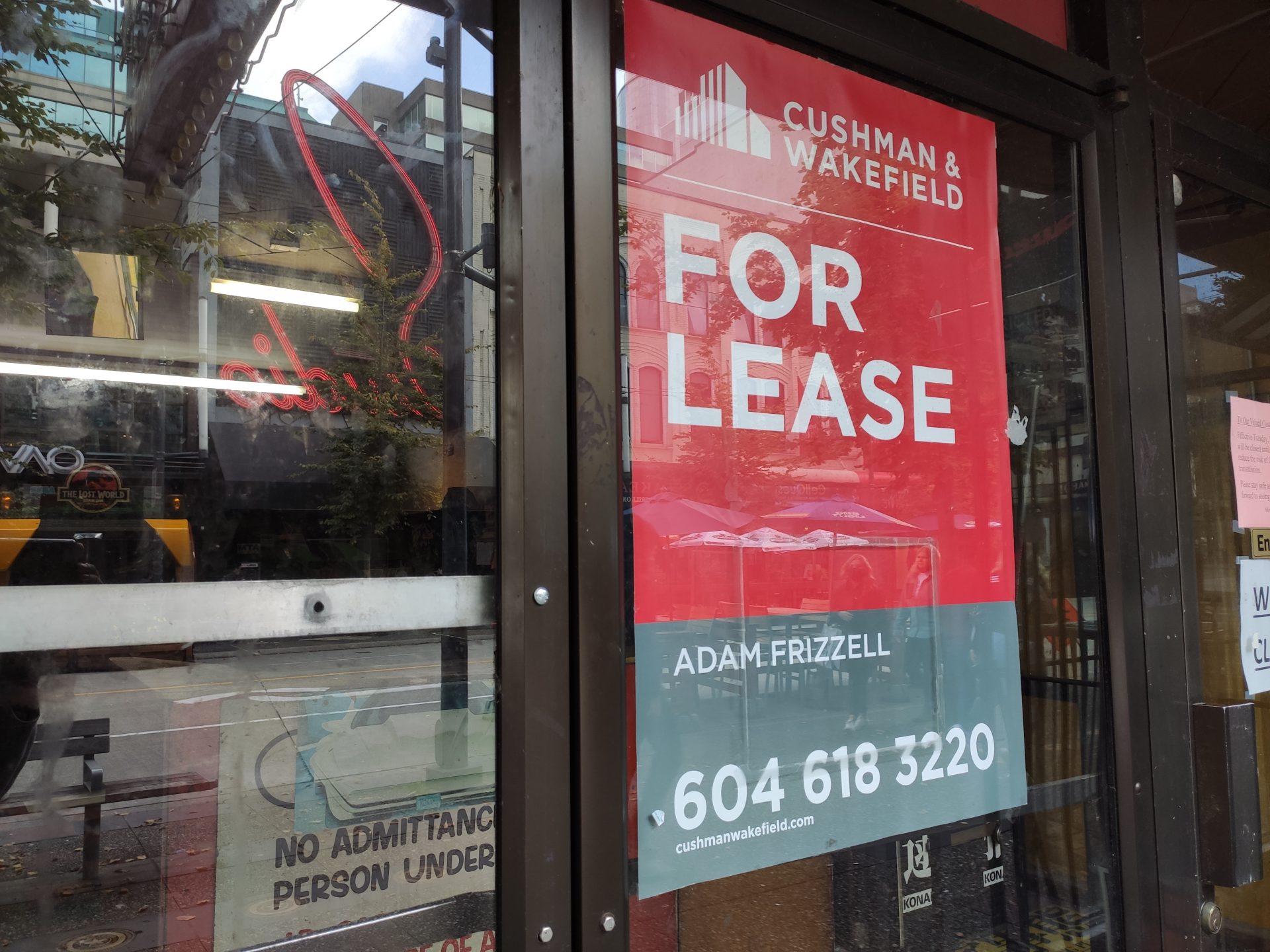 Unless the future owner taking over the lease of the building decides to carry on with the retro gaming operations, this is likely the end of an era for arcades and peepshows in the city.

Daily Hive Urbanized has reached out to Movieland Arcade for comment.