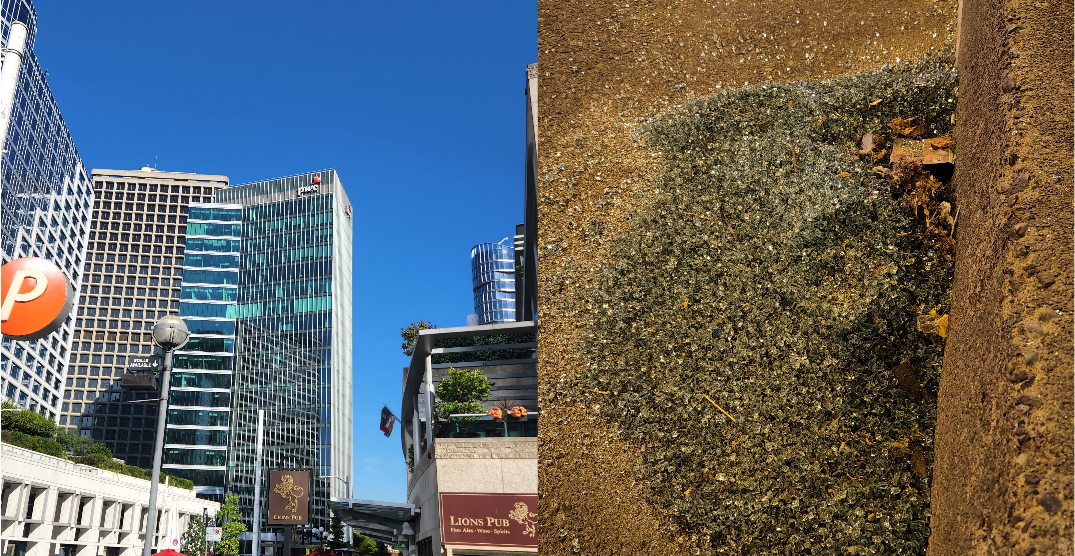 It might rain a lot in Vancouver, but it’s not everyday that you witness glass falling from the sky.

That’s the case for one Daily Hive reader who sent us an email about a recent experience they had in downtown Vancouver.

The situation centred around the PricewaterhouseCoopers (PwC) – a corporate accounting firm – building at 250 Howe Street.

On July 27, the Daily Hive reader in question was walking with her fiancé near the PwC building on Cordova and Howe streets.

“Small pieces of glass hit the ground beside a group of people in front of us,” she said.

They moved to safety under a nearby overhang.

“As we got halfway past the building there was a loud noise and huge chunks of glass fell from the sky.”

Things took a dramatic turn, as she and her fiancé yelled for people to run.

“Five minutes later more glass fell. It appeared to be a broken window on the 2nd floor down from the top.”

She said it was terrifying and was “shocked that no one was hurt.”

“When we walked by after the fireworks, all of the glass had been swept all over the street on Cordova at Howe covering four lanes.” 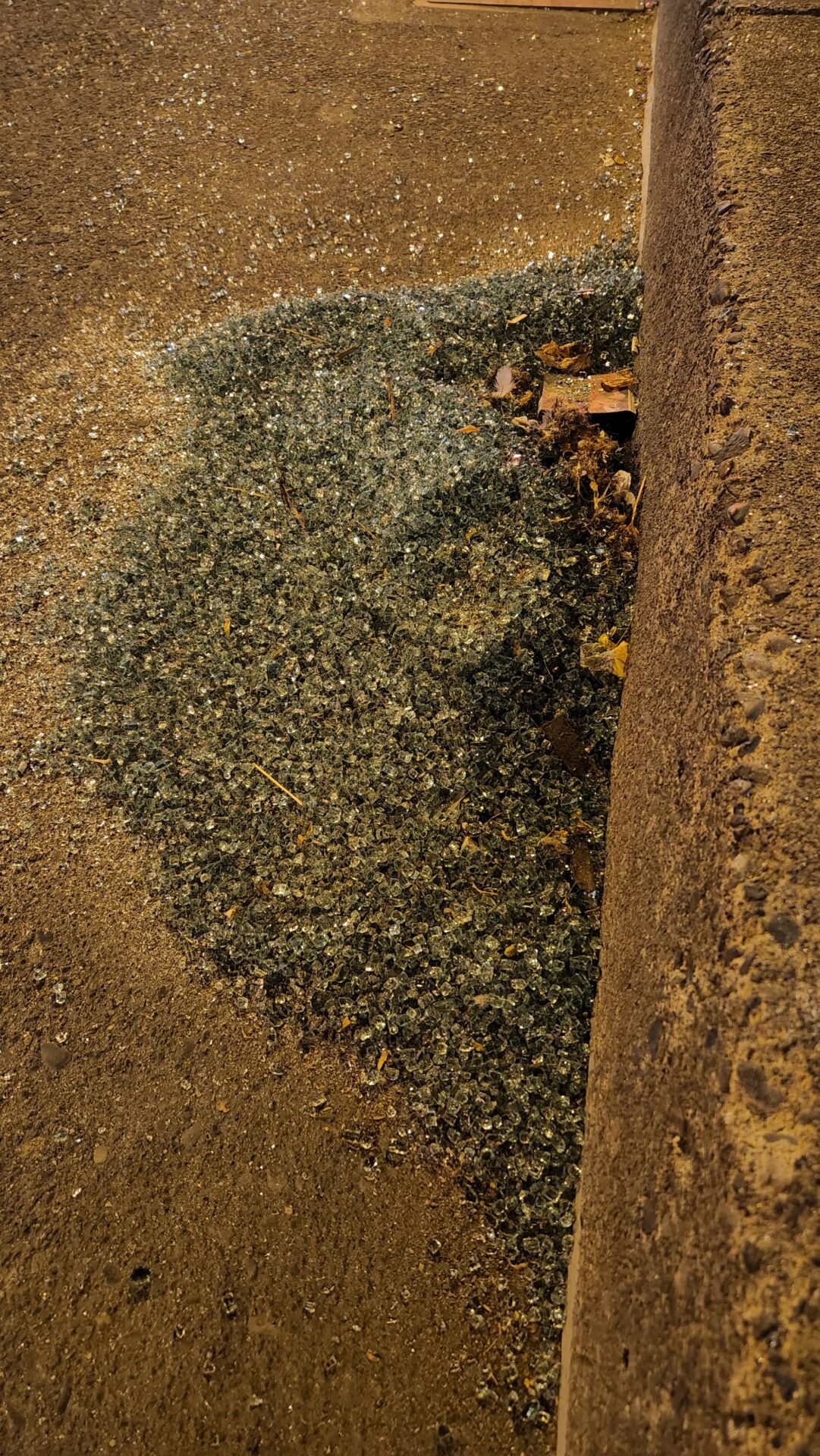 The building in question belongs to Cadillac Fairview (CF), and Daily Hive received some information about the incident.

CF confirmed that a window on the building did indeed crack resulting in glass falling to the street. Outside of glass “falling from the sky,” CF didn’t mention anything about a loud noise stemming from the Vancouver building.

“The area was immediately cordoned off by our security team and our operations team and third party consultants conducted a thorough review of the building.”

Soon after, the sidewalk below the building was reopened as “Vancouver Police deemed the risk to public safety as low.”

“Our top priority is the safety of our community and clients and if anyone was injured we ask them to please contact us at 604-646-8020.”