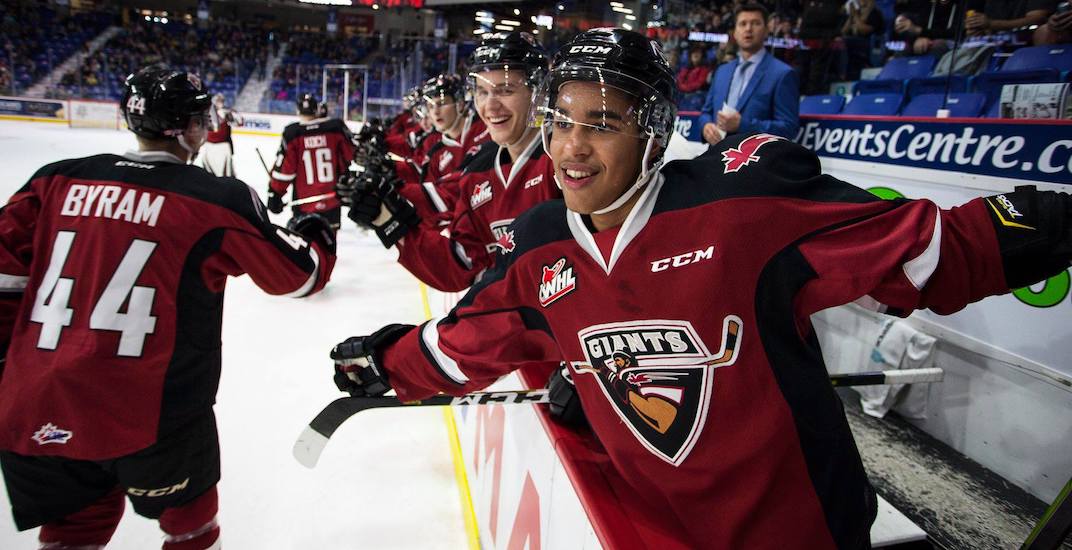 The Vancouver Giants are coming home.

The Giants host the Tri-City Americans at the Pacific Coliseum on Saturday, December 1 at 7 pm, in the first of two games in eight days at their former home. It’ll be the first time the Giants have played in East Vancouver since leaving for Langley in 2016.

“Stepping foot back inside the Pacific Coliseum is going to be a special feeling for everybody involved,” said Vancouver Giants senior VP, Dale Saip. “So many of us have a favourite Coliseum story, and on Saturday night we look forward to celebrating the great memories of the past while also providing another unforgettable Pacific Coliseum experience for our fans.”

The Giants will play at the Coliseum once more next week, coinciding with the ever popular Teddy Bear Toss event on December 8.

After some down years, the Giants are once again a powerhouse team. Armed with highly touted 2019 NHL draft prospect Bowen Byram, the Giants (18-6-2) have the third-best record in the WHL.