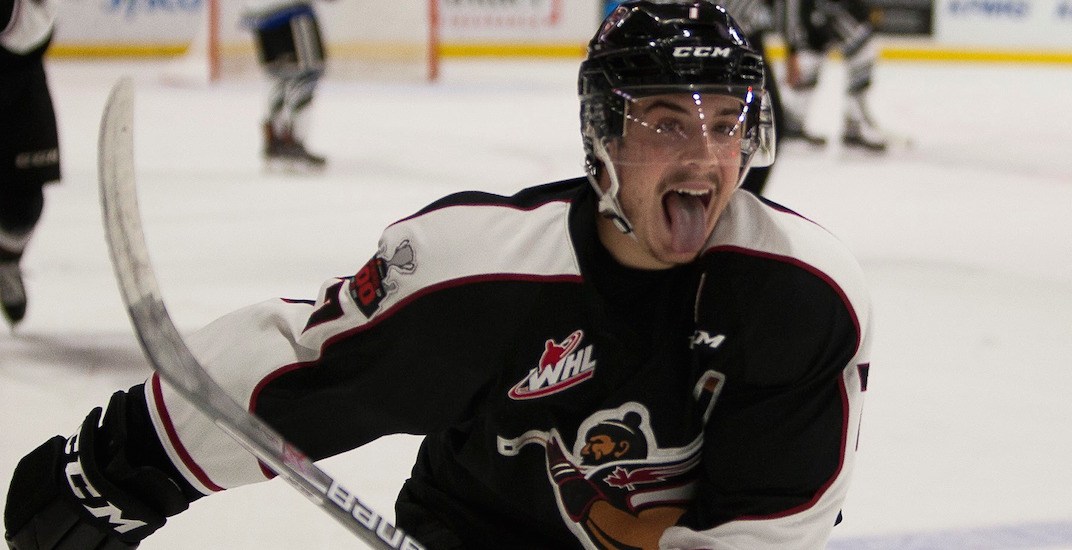 The Vancouver Giants are giving fans good reason to watch them this season.

Truth be told, it’s been a while.

The Giants have been in unfamiliar territory in recent years. Since the completion of their inaugural season in the WHL, the team made the playoffs 10 straight years and won a Memorial Cup. They had a tradition of excellence and produced many NHL players.

But having missed the playoffs in each of the past three seasons, the shine was off the organization.

Things are looking up now though.

The G-Men are doormats no longer, with a 25-15-7 record so far this season, which has them sitting comfortably in a playoff spot. With their next win, they’ll surpass the season point totals of each of the last three years.

And if all of those reasons weren’t enough for you to fall back in love with the Giants, they’re giving you some serious incentive.

For Wednesday night’s game at the Langley Events Centre against the Spokane Chiefs, the Giants are giving away one free cup of Trading Post Lager to fans of legal drinking age. For those under 19, they’ll give you a free can of pop.

It also features Ty Ronning, who is having a pretty special year for Vancouver.

It took Kane 61 games to hit his mark, so not only does Ronning have a chance to break it, he could do it in fewer games. And with 25 games left in the regular season, Ronning also has a chance to become the Giants’ first-ever 50-goal scorer.

Ticket holders receive one free Trading Post Lager (must be 19 years or older), or one can of pop. Must show 2 pieces of ID and obtain a wristband prior to entering the building.