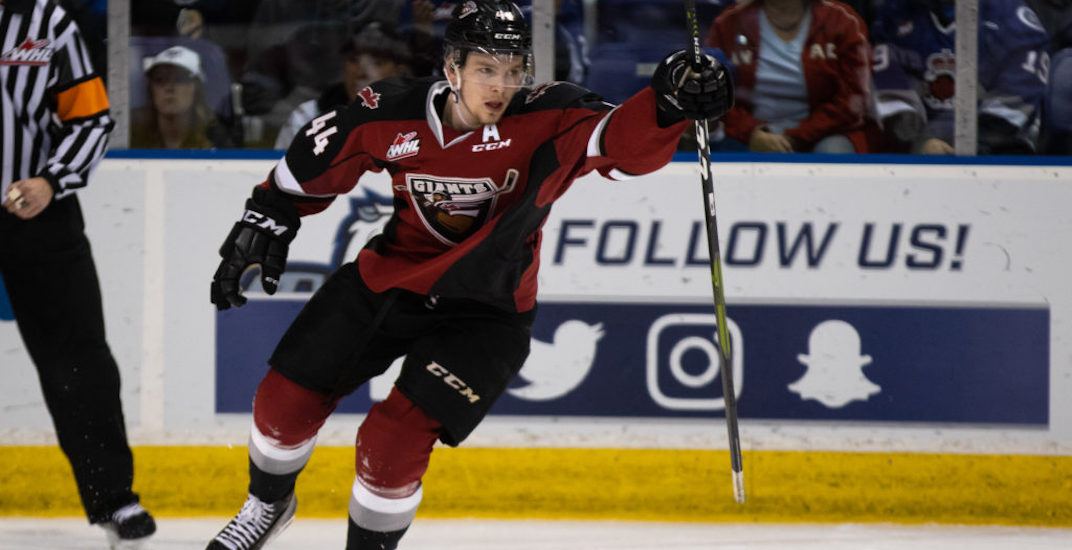 Not only is there playoff hockey to watch in the Lower Mainland this year, but it appears Vancouver has a championship contender on their hands.

That’s the only conclusion you can come to after seeing the way the Vancouver Giants have steamrolled their way through the WHL playoffs, on the heels of an impressive 48-15-5 record in the regular season.

Armed with Bowen Byram, who is expected to be the first defenceman picked at the NHL Draft in June, the Giants have gone on a nice run in the WHL playoffs.

After disposing of the Seattle Thunderbirds in six games in Round 1, the Giants had even less trouble with the Victoria Royals in Round 2.

The Giants are flying high after a 6-1 win in Victoria to complete the four-game sweep of the Royals, and now wait for their opponent in the Western Conference Final – likely the Spokane Chiefs, who are up 3-0 in their series.

ROUND 3 TICKETS ON SALE NOW!!

Get your tickets for games 1 & 2 of the WHL Western Conference Championship!

It’s the fifth Conference Final appearance in the Giants’ 18-year history – and the first since 2010. It’s also the first playoff run of any significance since the Giants moved to Langley in 2016.

Giants winger Davis Koch currently leads the WHL in playoff scoring, with 14 points (2-12-14) through nine games, with Byram close behind with 13 points.

The Giants will have home ice advantage against either opponent in the Conference Final, and should be considered the favourites to win the series.

On the other side of the bracket, the Edmonton Oil Kings are waiting for their opponent after a four-game sweep of the Calgary Hitmen. They’ll play the winner of the series between the Prince Albert Raiders and Saskatoon Blades. Prince Albert (54-10-4) was the only team in the league with a better record than Vancouver in the WHL during the regular season.

The Giants have won the WHL championship once (2006) in their history, and won the Memorial Cup as hosts in 2007.