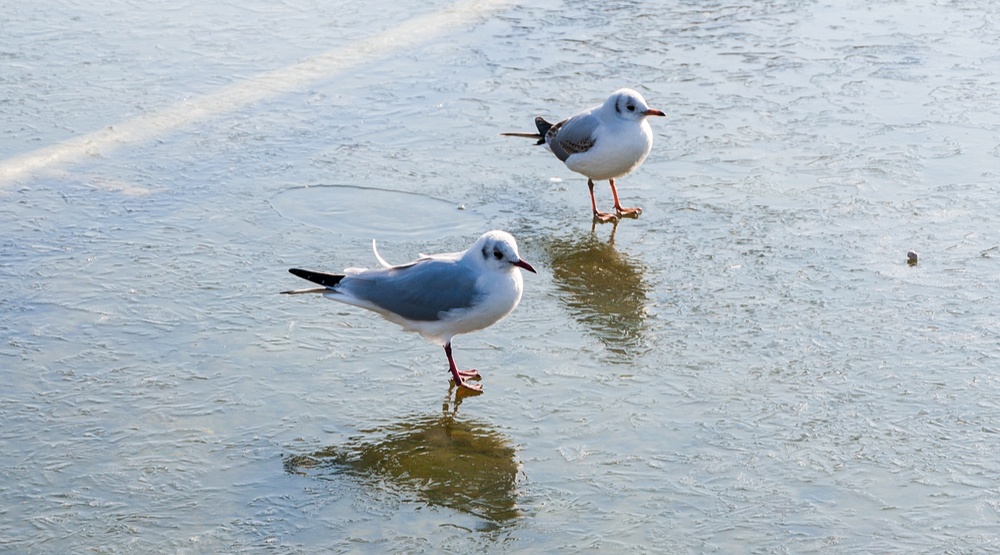 While it may look solid, pond and lake ice around the city of Vancouver is still pretty thin. (Image: Melanie Hobson/Shutterstock)

Michael Wiebe can still remember skating on Burnaby Lake as a kid.

And with this recent snap of cold weather in the Lower Mainland, the Vancouver Park Board Commissioner is hoping he’ll get to re-live that memory on one of Vancouver’s water bodies very soon.

“I’m really excited that… we’ll maybe be able to announce that some of our skating ponds are ready to go,” he told Daily Hive. “Currently, we’re still only sitting at about 2.5 inches [of ice thickness] – at the most – at some of them and we need about five inches [before it’s deemed safe].”

And while many ponds and lakes around the city may look like they’re good to go, an incident this week is a stark reminder that looks can be deceiving.

“We had an issue with a dog and their owner at Trout Lake,” he said.

The duo were fine in the end, “but it’s one of those things where we really need to watch: Dogs who are chasing birds who are sitting on top of the thin ice, or have chased a ball further out to where it’s not as thick as it may have be at the edge of the pond.”

Be careful around #vancouver ice with your dogs, as we had a scare at Trout Lake. @ParkBoard will let you know when it’s okay to go skating. pic.twitter.com/5yS24Urp6R

Another factor in the freezing process of Vancouver’s lakes and ponds has to do with their location.

“A lot of our ponds are actually really close to the sea which makes them tougher to freeze,” Wiebe explained. “There’s a lot of movement in the water as well.”

In the meantime, signage alerting people to the dangers around Vancouver’s frozen lakes and ponds has ben installed, and “more rangers are out than normal, letting people know of the risks.”

In addition, as the cold snap continues, and it becomes more viable to officially open lakes and ponds for public skating, “we’re hoping to grab a couple of our lifeguards who have the training to be on ice patrol,” furthered the commissioner.

An official parks board opening of Vancouver lakes and ponds has not happened in some time. “We had a good cold snap about five or six years ago, but out last official opening was about 30 years ago.”