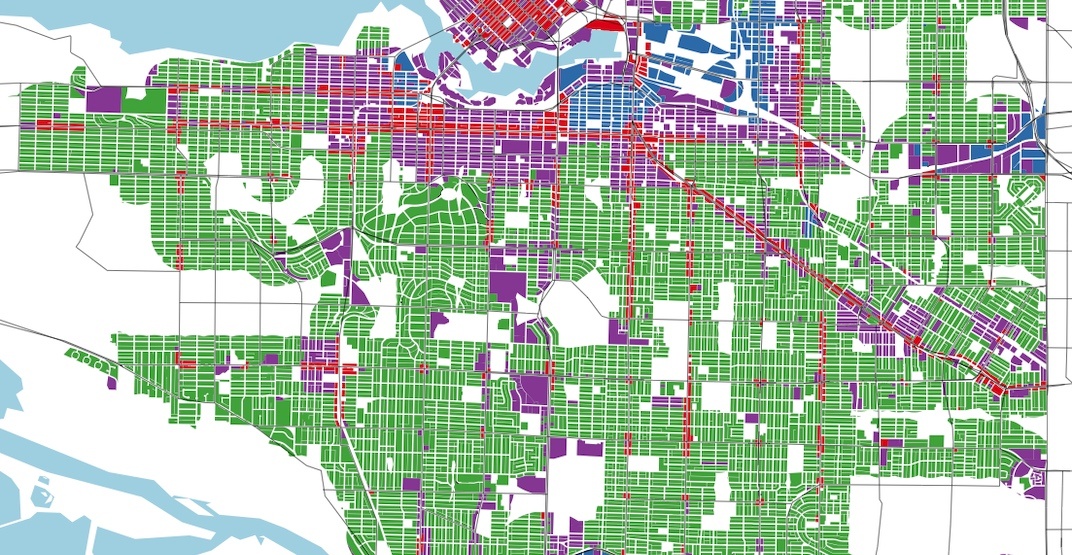 A new analysis from the data miners at Mountain Doodles quantifies exactly how much of Vancouver’s zoning around the frequent public transit network is surrounded low-density designations.

They define TransLink’s frequent transit network (FTN) as areas around stations and stops that are served by public transit with frequencies of no longer than every 16 to 20 minutes during 6 am to 9 pm weekdays, 7 am to 9 pm Saturdays, and 8 am to 9 pm Sundays and holidays.

Only residential, commercial, industrial, and undeveloped/classified lots are covered in this analysis: 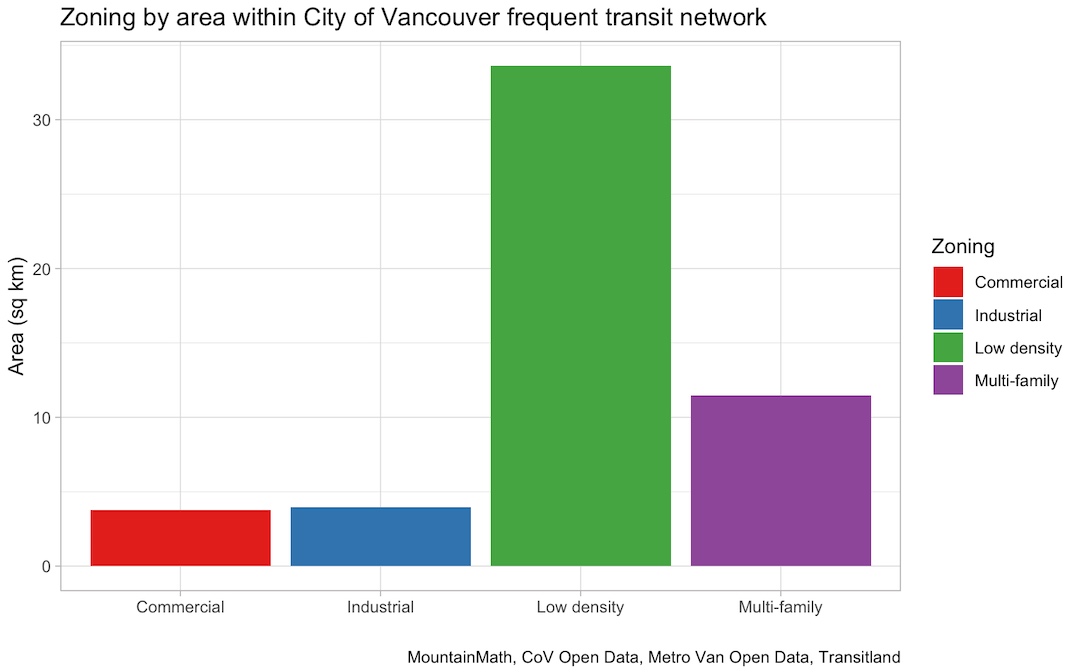 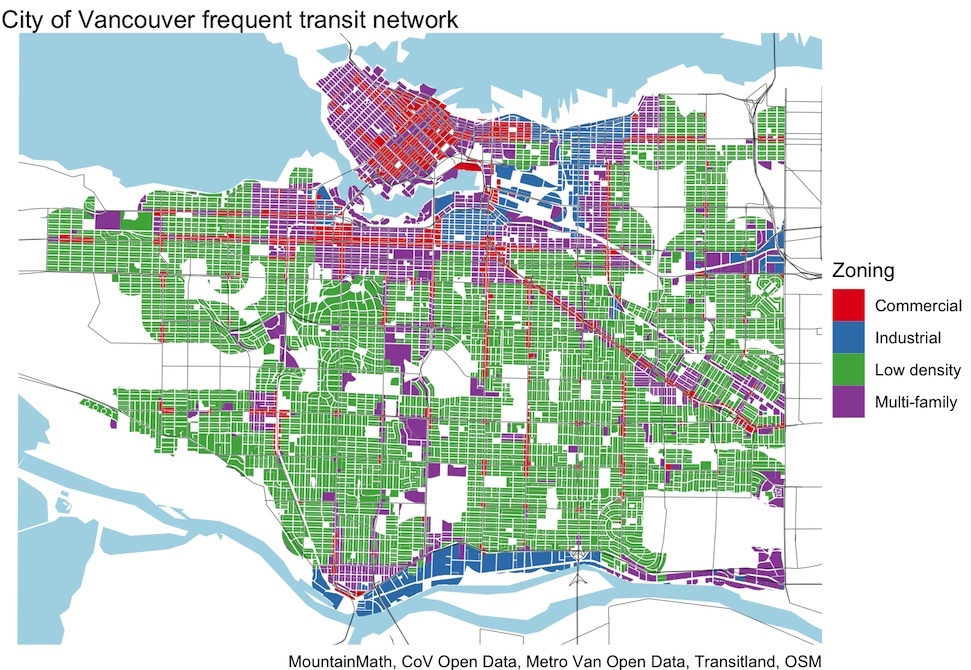 “This shows very clearly how far off the claim that areas in our frequent transit network are ‘mostly upzoned already’ really is,” wrote MountainMath’s Jens von Bergmann, adding that this is “another manifestation of the loss of social welfare due to overly restrictive land use planning, which forces people to live further away from jobs and amenities.”

At the same time, he notes, “this illustrates well how good the coverage of our current frequent transit network within the City of Vancouver already is. And as transit keeps improving, hopefully we will be able to fill in the remaining gaps.”

Large swaths of the FTN are surrounded by low-density housing, predominantly single-family dwellings.

And the area surrounding Commercial-Broadway Station woefully lacks the density that would be expected from being the region’s busiest transit hub.

Additionally, the areas just beyond the downtown peninsula, which are served by FTN routes, are remarkably undense; it is highly unusual to see large swaths of single-family dwellings so so close to the city centres of major urban regions.