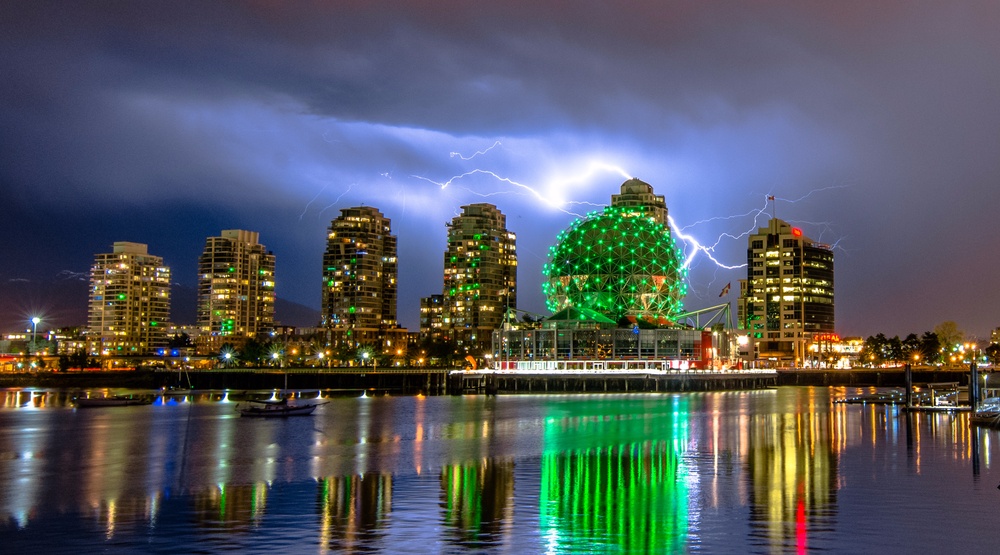 If last night’s spectacle of thunder and lightning wasn’t enough, you might have to get ready for round two.

Environment Canada is calling for a chance of showers in Vancouver on Tuesday, with another risk of thunderstorms throughout the day and early evening.

And while last night’s storm may have been surprising to some, an Environment Canada meteorologist says that May to July is actually when thunderstorms are at their peak.

“It’s the time of year where the sun is almost as high as it gets,” Doug Lundquist, BC Meteorologist, tells Daily Hive. “We’re only a little more than a month until the highest sun angle. The sun in the middle of the afternoon has so much power. The point is there’s a lot of energy in May and June and July.”

“Not only is the sun at its highest and its hottest, we still have a lot of cold air left around from winter and spring. So in early summer like this, we get that clash of that cold air that remains and that warmer air.”

Lundquist adds that thunder and lightning occurred over much of British Columbia, including Metro Vancouver and as far as Prince George and Cranbrook.

“When thunder roars, go indoors,” he stresses. “If you’re stuck too far from your inside or a place to get inside, get in a metal car, the metal cage of the car carries any lightning strike around and away from you — don’t grab on to the metal parts.”