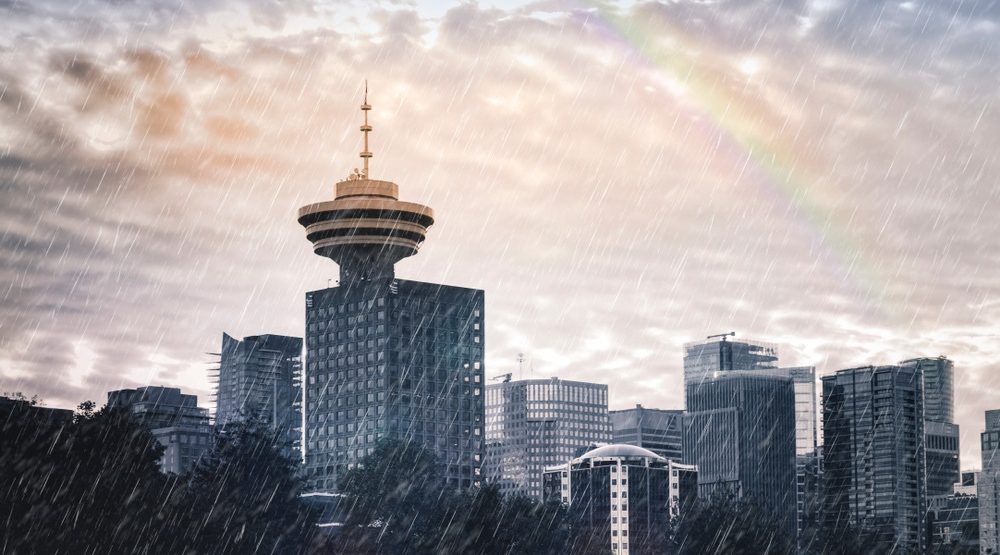 It’s several days into June but it wouldn’t be Vancouver without a little rain.

Dust off your umbrella, because Environment Canada is calling for several days of showers in the short-term forecast.

The weather agency predicts that rainfall could start later tonight and carry forward until the weekend.

Wednesday and Friday have a 60% chance of showers during the daytime. Thursday calls for a lower chance of precipitation at 40%. 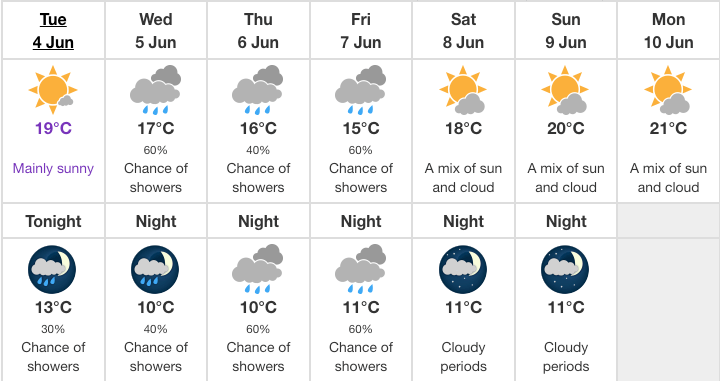 Temperatures will remain fairly high, with daytime temperatures dropping by only several degrees.

Should the forecast play true through the weekend, expect the sun to return in time for Saturday and Sunday, although it’ll be accompanied by some clouds. 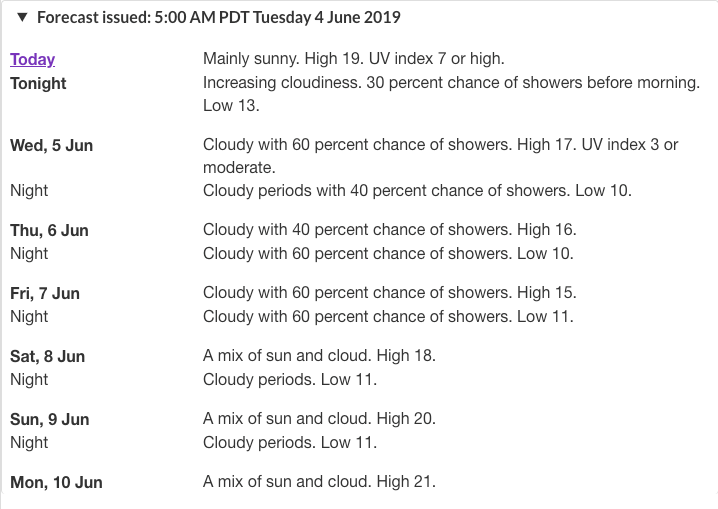