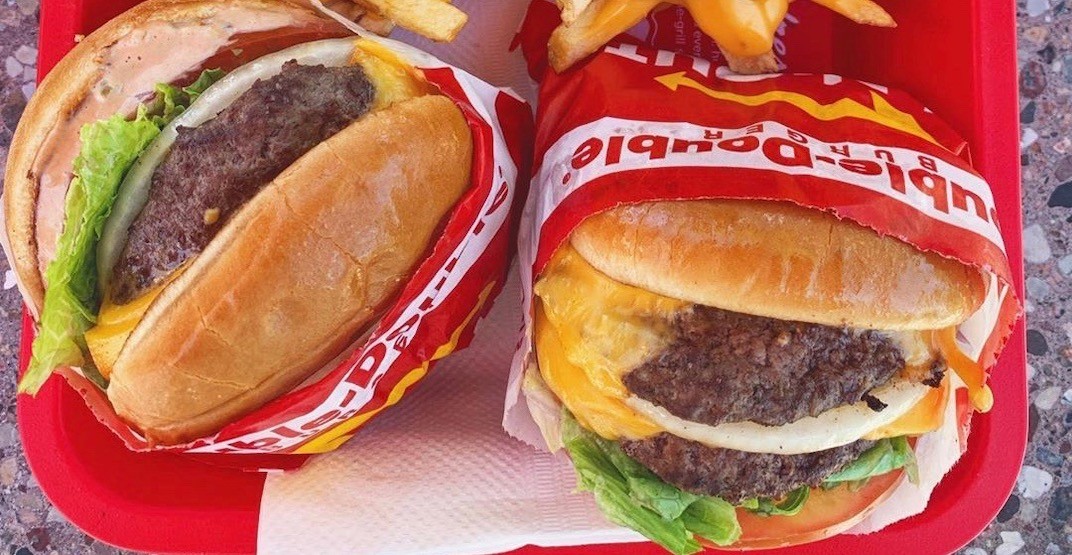 Holy moly, how is it already September?

Summer flew by, and turtleneck season (AKA eating season) is fast approaching.

While some people might be bummed about the end of the super warm months, the exceptional food and beverage events and celebrations coming up over the next four weeks will surely cheer you up.

Here are some awesome food events happening in or around Vancouver in September.

Back at it again, North Vancouver’s Shipyards Night Market is returning for Spring and Summer 2019. Gathering some of Vancouver’s best food vendors, this free event will feature a full farmers’ and artisan marketplace along with local food trucks and live entertainment weekly until 10 pm.

When: September 9 (then every Sunday after that until the end of the year) at 10 am
Where: The American – 926 Main Street, Vancouver
Prices: Start at $20

There may be tons of new and outrageous foods at the PNE this year, but how many of them are you actually going to try? We made a list of the must-tries, you have until September 2 to dig in.

This year Le Burger Week Vancouver will run from September 1 to September 7, so mark your calendar and get out those stretchy pants. This annual event has been operating since 2012 when the inaugural week went down in Montreal.

When: September 1 to 7
Where: Participating venues around Vancouver

Holt Renfrew’s Colette Grand Café will be hosting a special mooncake pop-up from September 3 to 13. The downtown spot will offer a custom collection of mooncakes in Colette Grand Café boxes including flavours like Matcha, Earl Grey, Rose, and Black Sesame.

When: September 3 to 13
Where: Holt Renfrew Vancouver – 737 Dunsmuir Street, Vancouver

Coast is celebrating 15 years of business with a special deal for patrons. Folks can enjoy $15 seafood features for fifteen days starting September 3.

Boulevard is co-hosting the latest edition of its exclusive ‘La Paulée’-styled wine dinners with the International Wine & Food Society in its private dining quarters on September 4 at 6 pm. Guests are required to bring one bottle per person of Bordeaux and share in the spirit of generosity and conviviality that make ‘Paulée’ events such a unique and time-honoured tradition in France.

Wildebeest’s Farmers’ Harvest Menu will be available from September 5 through 18. This is a family-style five-course vegetable-forward experience

The famous American chain, known for its massive 3×3 burgers and animal fries, will be coming to the Langley Good Times Cruise-In, a large-scale charity event for retro car enthusiasts.

When: Saturday, September 7 at 8 am
Where: Fraser Highway – 264th to 272nd Street (Downtown Aldergrove), Langley

This one-of-a-kind party will take place in the heart of downtown at the Fairmont Hotel Vancouver, located at 900 West Georgia Street.

On September 8, Chambar’s 15th-anniversary celebrations kick off with a block party featuring live entertainment and an outdoor pig roast at 2 pm. There will also be 1,500 of Chambar’s famous waffles up for grabs (while supplies last).

When: September 8 at 2 pm
Where: 568 Beatty Street, Vancouver

The second edition of the ‘La Paulée’-style dinner invites wine enthusiasts to showcase either two bottles or a magnum of Grand Cru from their own cellar to be shared with their fellow connoisseurs during a seven-course, French-inspired dinner.

Celebrate Mid-Autumn Festival September 14 to 15 at Chinatown House 188 East Pender Street. From 11 am to 4 pm, festival-goers will enjoy Mid-Autumn themed food, arts, and crafts at the market pop-up on Saturday. Follow that with a special Tang Yuan dumpling making class with the Hua Foundation on Sunday.

Guests who attend this event can enjoy a tour of the farm before digging into a multi-course menu featuring roast pork and a menu incorporating fresh fruit and vegetables harvested from the farm on the day paired with a selection of seasonal beer selections from Luppolo.

Teams of up to six are invited to take part in five rounds of questions on all things hip hop. There will be food and drink specials and prizes up for grabs too. Sign up as an individual or a team of up to six via email ([email protected]), Instagram or Facebook to guarantee a spot, or simply walk-in night-of.

Boulevard Kitchen & Oyster Bar will team up with The Paella Guys to co-host an al-fresco Paella Party on the outdoor patio of the downtown restaurant on September 22 at 4 pm. Guests at the mingler-style event will watch as chefs prepare and serve up a trio of regionally focused, Spanish-inspired paellas.

The Cascade Room’s third annual AYCE Barbarian’s Feast will feature eating is on a first come first serve basis, a welcome cocktail courtesy of Jameson Irish Whiskey, a sit down guided whiskey tasting, a feast with a 120lb Roasted Pig and sides, and more.

Zwanze Day at Bells and Whistles

Officially launched in 2011, Zwanze Day is an annual celebration that sees less than 100 bars and taprooms around the world selected to showcase a one-off, experimental ‘lambic’-style beer produced especially for the occasion by renowned Belgian brewery Brasserie-Brouwerij Cantillon as part of its ‘Zwanze’ series. Bells and Whistles is one of only three Canadian locations to participate in the Zwanze Day 2019 celebrations and will be tapping the only keg of this year’s exclusive Zwanze in Western Canada.